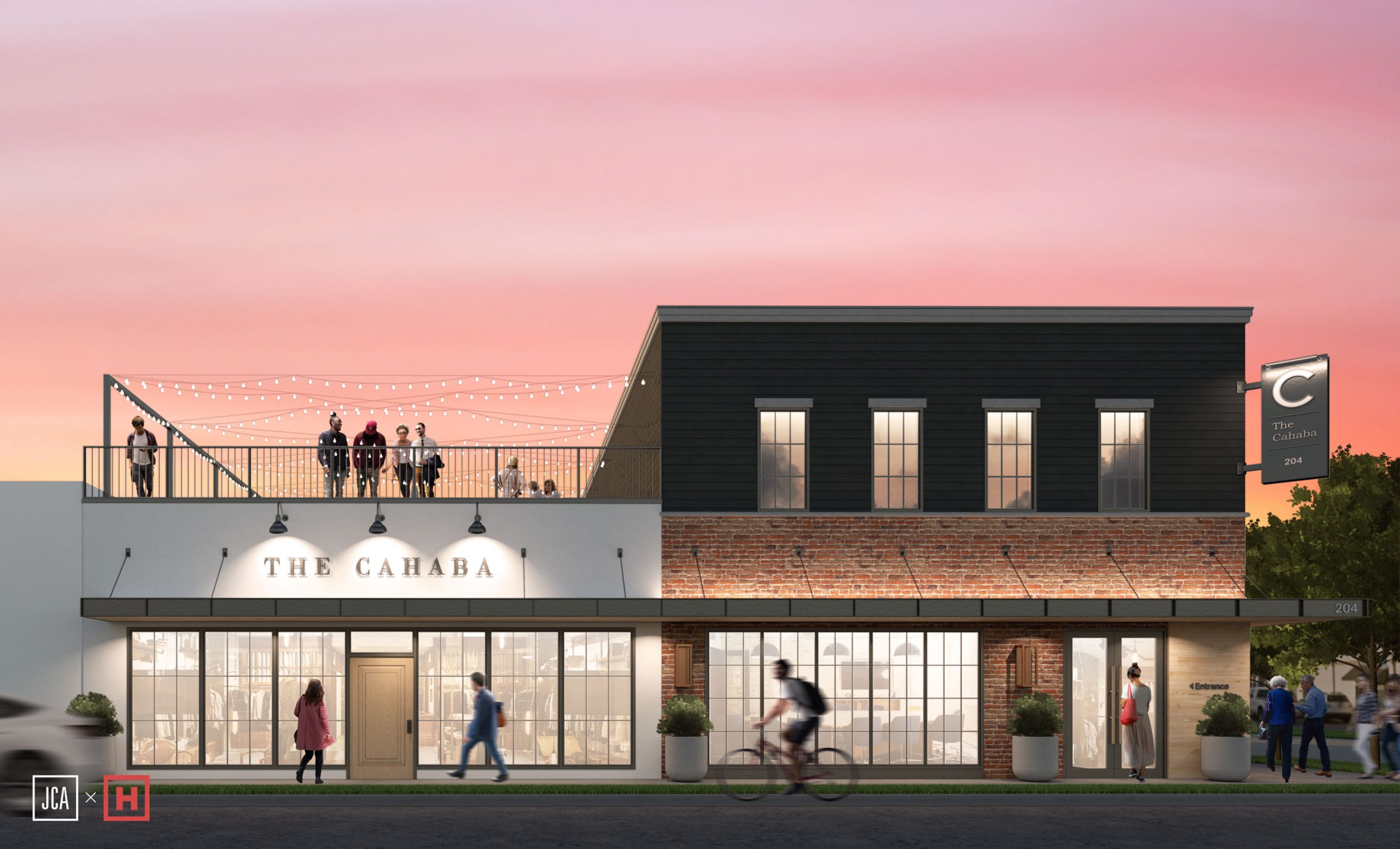 Inside Look: The Cahaba Building to bring new working concept to Trussville

TRUSSVILLE — The renovations of two downtown buildings will mean a new way of working for downtown Trussville. 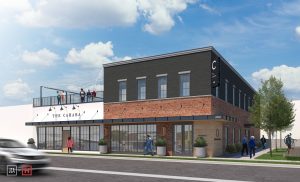 The Cahaba Building will be at 204 Main Street, where Braden’s Furniture and Mary’s Bouquet used to be. The owners came together to come up with a concept for an office building with 28 private offices and much more. They hope it will bring people from multiple industries into the downtown area.

Partners in The Cahaba Building, Bo Watkins and Brice Falkner, are excited to be working on such an innovative project in their hometown.

“Brice and I are both Trussville guys,” said Watkins. “We acquired the Braden’s Building and our intentions were to bring a cool concept to that corner because of all of the stuff that is happening downtown.”

“It was something that really took off for them during the pandemic,” Watkins said. “It’s just a really cool office that anybody can lease if they need a single office or two or three offices. It’s a way to get an all-inclusive office deal without having to build out a new space. It’s already done for you.”

The Cahaba Building will offer nearly 9,000 square feet of space. Not only will tenants have their own, private office, but they will also enjoy amenities including fiber internet, free printing, access to a rooftop patio, member events, and free coffee.

Another partner in the project, Justin Collier, worked on renderings for the building.

The conference room access is another amenity that Watkins and Falkner believe tenants will enjoy. They want those spaces to be versatile for business people in Trussville.

“There’s going to be a couple of conference rooms and they will be set up differently, depending on what you need,” Watkins explained. “One will be more casual, and one will be more boardroom-like. And we’re hoping to have one that opens up to the rooftop patio so it will be a flexible event space.”

The public will also be invited to rent out the patio space for events.

The building will offer tenants quick access to the city of Trussville’s Downtown Plaza area. Watkins and Falkner realize the value of the property in the area.

“We know that the corner is important to the city and we want to put out the best looking project for that area,” Falkner added.

Falkner said he believes the office will bring foot traffic to the downtown area, as people working there will be able to take a short walk to many restaurants and shops in the area. In fact, he said the office building could help attract people to Trussville, when they come to the city to meet with businessmen and women in The Cahaba Building.

“To a degree, Trussville is a bedroom community,” said Falkner. “For a long time, you went to work during the day and you drove home at night. This puts professionals in downtown Trussville all day long. So, they will be eating lunch in town, they will be shopping, they’ll be around. I think this is a positive way to get people in the Entertainment District during the workweek.”

Trussville Mayor Buddy Choat agrees. He said some residents will no longer have to drive to Birmingham to get to their offices.

“We’re excited, not only about what it’s going to look like, which I think is really going to kind of make another impression on that corner, right by the plaza and right across the street from the Entertainment District,” said Choat. “But it’s going to bring more people downtown to walk and shop and eat and we just think it’s going to be great.”

When speaking with Mark Hancock, with Hancock Construction, about the project, Watkins said he was inspired to ensure the project was done by keeping families in mind, by recognizing that moms and dads can now work closer to home. He also said The Cahaba Building will help individual business leaders make gains by meeting other people.

I just think it’s a great concept because you’re bringing people in from the business community together and you get a networking opportunity,” Watkins said. “People that work from home don’t get that on a day-to-day business.”

The business partners hope to attract people from a variety of industries. Because of COVID-19, Falkner said a lot of people have had to leave the office. But he wants people to know that The Cahaba Building will offer a new option.

“There are so many people that are now forced to work at home, whether they’re outside sales reps, or attorneys or architects or mortgage brokers,” Falkner said. “A lot of people just can’t work from home. I’ve got a four-year-old and a two-year-old. If I was asked to work at home, there’s no way I could execute my job. I would have to go out and get find a space like this.”

It appears the interest in The Cahaba Building will mean success for Watkins and Falkner. The spaces are already 25% claimed, and the construction hasn’t started.

As for the design of the building, the original brick will be a part of the new design and there will be some exposed brick on the inside of the building as well. The offices can be customized for larger groups as well.

“We have the ability, say if someone came in and wanted three or four offices together as a pod, we can do that with no trouble whatsoever,” said Falkner.

Tenants will have 24/7 access to the building with secured entry using a keycard.

Renderings of the building have been approved by the city’s Design Review Committee.

As for parking, the city has already started on plans for 65 new spaces near the building. There will also be more parking available in the Entertainment District once construction is complete in that area. Falkner said he does not foresee a problem with parking since all the offices won’t be at 100% capacity at the same time every day.

The building is located at the corner of North Chalkville Road and Main Street, in downtown Trussville. You can visit The Cahaba Building website online at www.thecahababuilding.com. You can view the interior renderings in the photo gallery below. 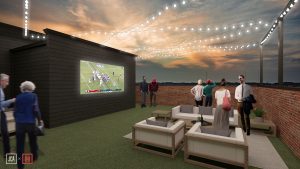 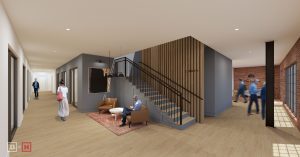 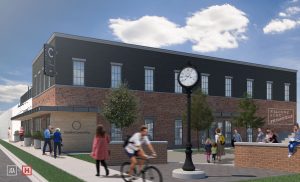 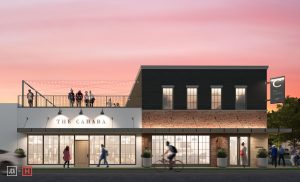