ASHVILLE — The three St. Clair County Sheriff’s Office deputies that pulled a family out of a car in Logan Martin Lake, on Memorial Day weekend, were honored during a St. Clair County Commission meeting Tuesday. Although the deputies didn’t get the results they wanted from the rescue mission, the Sheriff and the Nightshift Patrol Sergeant that responded that night, said they are thankful for community support.

Sheriff Billy Murray read a commendation, recognizing the men for their acts of bravery.

“Everyday law enforcement across the United States engages in exceptional acts of bravery while in the line of duty,” the commendation stated. “Oftentimes these selfless acts of bravery go unnoticed. However, today we would like to honor Sergeant Mike Doss, Deputy Sheriff Joe David Morgan, and Deputy Sheriff Jason Brooks, who displayed true bravery in the face of imminent danger.”

Doss, Morgan and Brooks responded to the crash off Interstate 20, near Riverside, late on Saturday, May 29, 2021. Once they were on the scene, the deputies heard 39-year-old Reginald White, the lone survivor of the crash, screaming for help. His family was still inside the vehicle, which was submerged 14 ft. underwater. The deputies jumped into the lake and began to remove the family members from the SUV.

Sheriff Murray said that members of law enforcement always know these types of situations could happen at any time. He said just before the commission meeting Tuesday, another life-saving measure was taken by one of his deputies.

“It’s so appropriate that we’re here today,” Murray said. “As I walked in, I was notified that one of our deputies was actively out, moments ago, giving CPR to a 12-year-old, following them to the hospital in Pell City. That is what these guys and gals do every day.”

Before reading the commendation, Murray said he wanted to point out two things.

“Mr. White was able to survive this traumatic event because these three men put their lives in danger to do exactly that, to save him and to attempt to save his family,” said Murray.

Murray also acknowledged a similar situation in Baldwin County, where a deputy sacrificed his life to save swimmers on Alabama’s Gulf Coast.

Sgt. Doss, said he and the other two deputies tried their best to get down to the car as quickly as possible, although the terrain was rough.

“One of the first deputies there could actually see the headlights of the car underwater,” Sgt. Doss remembered. “And there was one person in the water, screaming for help. The embankment right there going down to the water is just about straight up and down. You could hardly walk up it so we just pretty much had to slide down it.”

Doss said the deputies removed their gun belts off and jumped in. There was no questioning what was next and no plan discussed. Simply intuition and swift action is what happened next.

The commendation stated that the St. Clair County deputies made “numerous and repeated attempts” to remove the remaining family members from the vehicle. The water was cold and extremely muddy. Despite not being able to see underwater, the deputies got inside the vehicle and removed a baby and a teenager.

“By utilizing their training and personal fortitude, deputies were able to safely remove one person from the water, swim him approximately 100 ft. to shore, all while helping others remain calm in the face of uncertainty,” the commendation stated.

When they first jumped into the water, the deputies didn’t know what kind of car was in the lake or how many people were in it. They didn’t have equipment with them and didn’t stop to think of the risk they were taking. They first got inside the car by entering from the passenger’s side door because it was unlocked. Then they realized they needed to break the back window of the vehicle and they were able to do that using a closed pocketknife. For about 45 minutes, the deputies took turns diving into the SUV to see what they could find.

The three work together on the same shift, so they already have a bond and know each other well. The teamwork and ability to react in such a tense situation are likely the results of that working bond.

“Our whole shift is pretty close, not only at work but off work,” Doss said. “Our families and kids see each other and play with each other.”

Doss said the toughest part about the moments in the water was realizing there was a baby inside that vehicle. Being a father himself, he did all he could to undo the car seat and get the baby out while realizing the gravity of the situation.

“I felt a car seat in the back,” Doss remembered. “I got the baby out and actually flagged down a pontoon boat, but the baby on the pontoon boat with a fireman and they started CPR and headed for the dock. The next thing was the 18-year-old. Same thing. We put her on a boat and they took off with her. That’s pretty much all we could do.”

The mother, who is believed to have been the driver of the SUV, and another child, were not removed from the vehicle until divers were able to get to the scene.

The victims were later identified as April Whatley, 37; Mariah Towns, 18; Rosalyn White, 5 and Reginald J. White, 3. They were all four pronounced dead on the scene. Authorities believe the Birmingham-area family was traveling to Atlanta when, for an unknown reason, the vehicle left the roadway and plunged into Logan Martin Lake.

Sgt. Doss said although they are thankful to be recognized, they did not get the results they were hoping for.

“It’s awesome that the Sheriff and the County Commission thanks us for what we do,” Doss said. “There is nothing more gratifying than somebody telling you that you did a good job. But on the other hand, it didn’t work out the way we wanted it to. It was not anywhere near what we wanted to happen.”

Doss has been a first responder since he was 19 years old. He started out as a fireman and became a law enforcement officer when he was 21. That kind of drive to help others is something that comes naturally to Doss. He said every night when he is at work, his main goal is to make it home to his wife and kids.

The sheriff’s office offers time off for deputies who need it. They are also offered services by ALEAPS (Alabama Law Enforcement Alliance for Peer Support). But at the end of the day, Doss said he is thankful to come home to his supportive wife, Andrea.

“She hears everything that goes on, whether it’s me talking to her for support about what goes on at work or what she hears, she knows,” said Doss. “She’s gotten phone calls more than once in the middle of the night when something’s happened.”

Doss said he understands that he can’t always save everyone, because God’s plan isn’t always the plan we expect to play out. However, he will continue to work to protect and serve his community, because it’s simply in his heart to do so.

“I love what I do and I’ll do it until it’s time for me to retire,” said Doss. 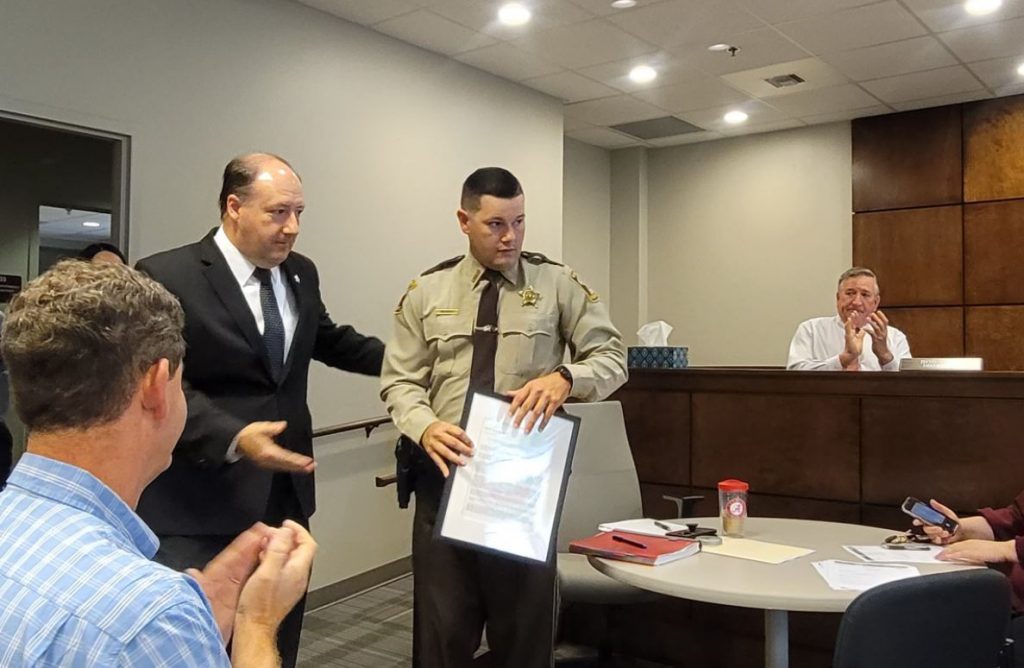 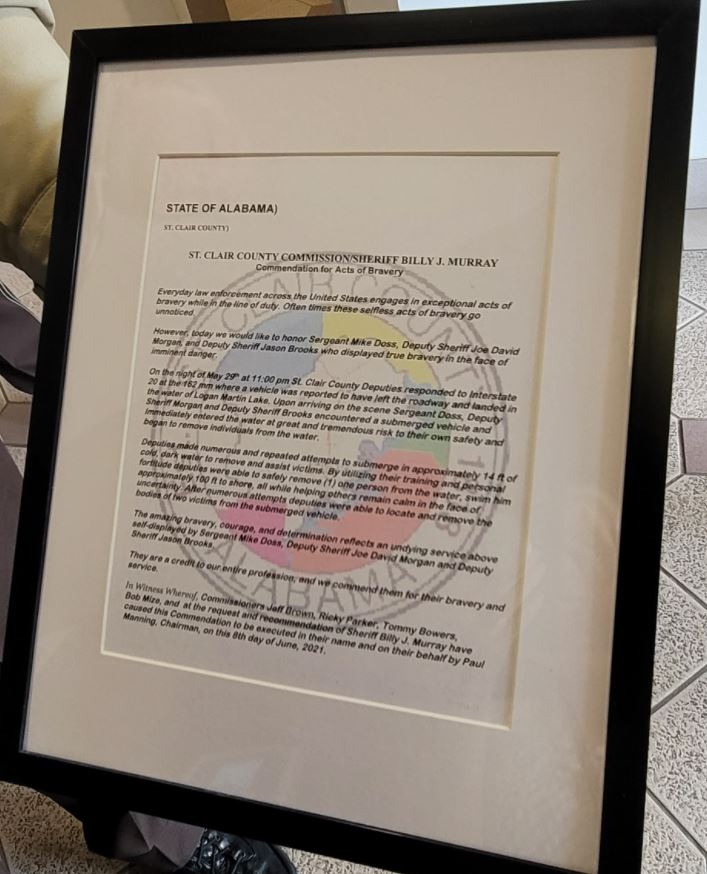