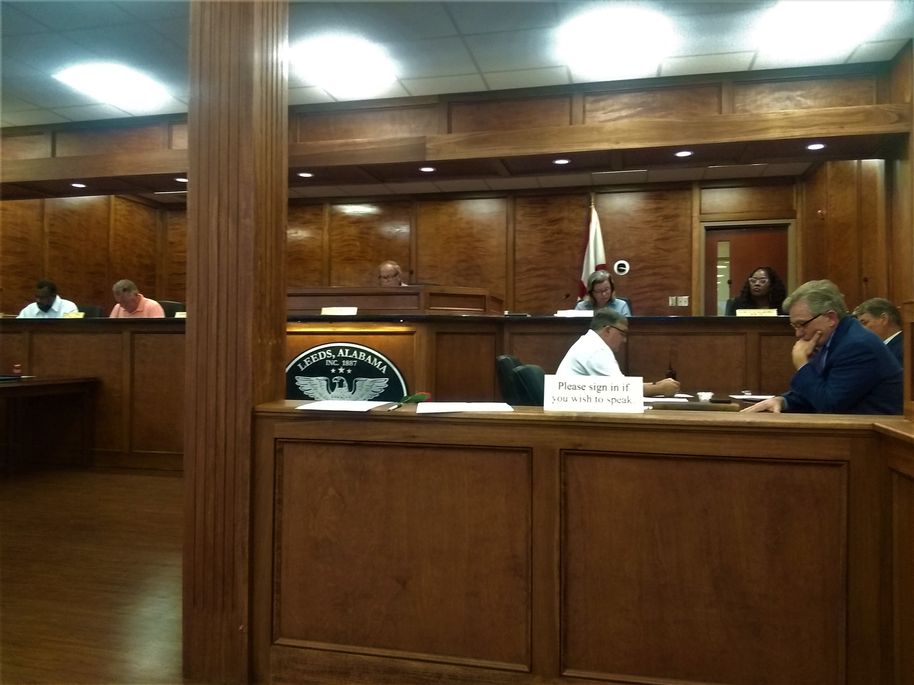 LEEDS — During a meeting of the Leeds City Council on Monday, June 7, a project to replace the city’s streetlights was authorized. Additionally, an amendment 772 public hearing was held for the council to grant funds to three nonprofits, followed by a rezoning request that was opposed by several residents. 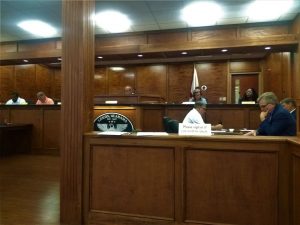 The meeting began with the 772 hearing, which Mayor David Miller said is done annually. In this hearing, the council considered granting $2,000 to the Women’s Literary Club of Leeds, $2,500 to the Exceptional Foundation, and $10,000 to the Leeds Arts Council.

No one spoke for or against the resolution, which was passed unanimously in the regular meeting.

Afterward, the public hearing turned to the request to rezone a property on Dunnavant Road from R-2 to I-2, which would make it a heavy industrial district. According to the agenda packet on the city’s website the property was sold by a married couple to High Tide Oil Company before the request to rezone was brought to the council.

Several spoke, beginning with resident Roland Isbell, who said that notifications were not sent to people in the area. Miller said that this was an oversight and City Administration Brad Watson said that the applicants were supposed to send out notices.

Several other residents voiced concerns about activities near the neighborhood, including Bobby Howard who brought photos of trucks inappropriately parked and spoke of the smell of fuel pervading the area among other complaints.

Betty Smith also complained of the activities there, including a truck that had been left running and making noise for several hours near her house.

“I don’t want anybody else to have to live in a zoning area like that,” she said. “Especially if that’s all you have.”

Another resident, Barbara Howard, spoke briefly against the rezoning.

With no notifications apparently being sent out, the council resolved in the regular meeting to table the resolution for a future meeting.

Also discussed in the regular meeting was a project to replace streetlights throughout the city with LED technology. Watson said that it will take 60 days for the equipment to arrive before the project begins. The costs for this project is detailed in the agenda packet.

“Like many cities, we have some streetlights that are antiquated, old types,” Miller said. “We would like to go to LEDs and save the city money in the long run.”

The council also passed a resolution to object to an unincorporated property close to Rex Lake Road in Leeds being rezoned by the Jefferson County Planning and Zoning Commission from A-1 to C-2, which is outdoor commercial. The request was made by SouthHall of Irondale LLC.

It was stated by Miller that the rezoning was inappropriate. Watson added that it would also include a light R-1 industrial area.

“C-2 allows a lot of things that this city is not necessarily anxious to have happen inside of the city,” Miller said. “Particularly across from a subdivision – a brand new subdivision on Rex Lake Road. The proposal would allow an RV trailer park, entertainment area.”

The resolution, passed unanimously, states that “the City has worked to responsibly regulate certain types of development in and among the various properties in the general areas which are inconsistent, incompatible and harmful to the City’s Master Plan and controlled expansion of uses of property considered to be harmful to property owners and property values in the area.”

Shirley Hunter brought up an issue she had with lights from a Hubbell building near her residence being too bright and on the status of inspection for a church project that she is involved in. Randy Ray thanked the council for their action on the SouthHall rezoning request but advised stronger argumentation against it before it is heard in a future public hearing by the county zoning board.