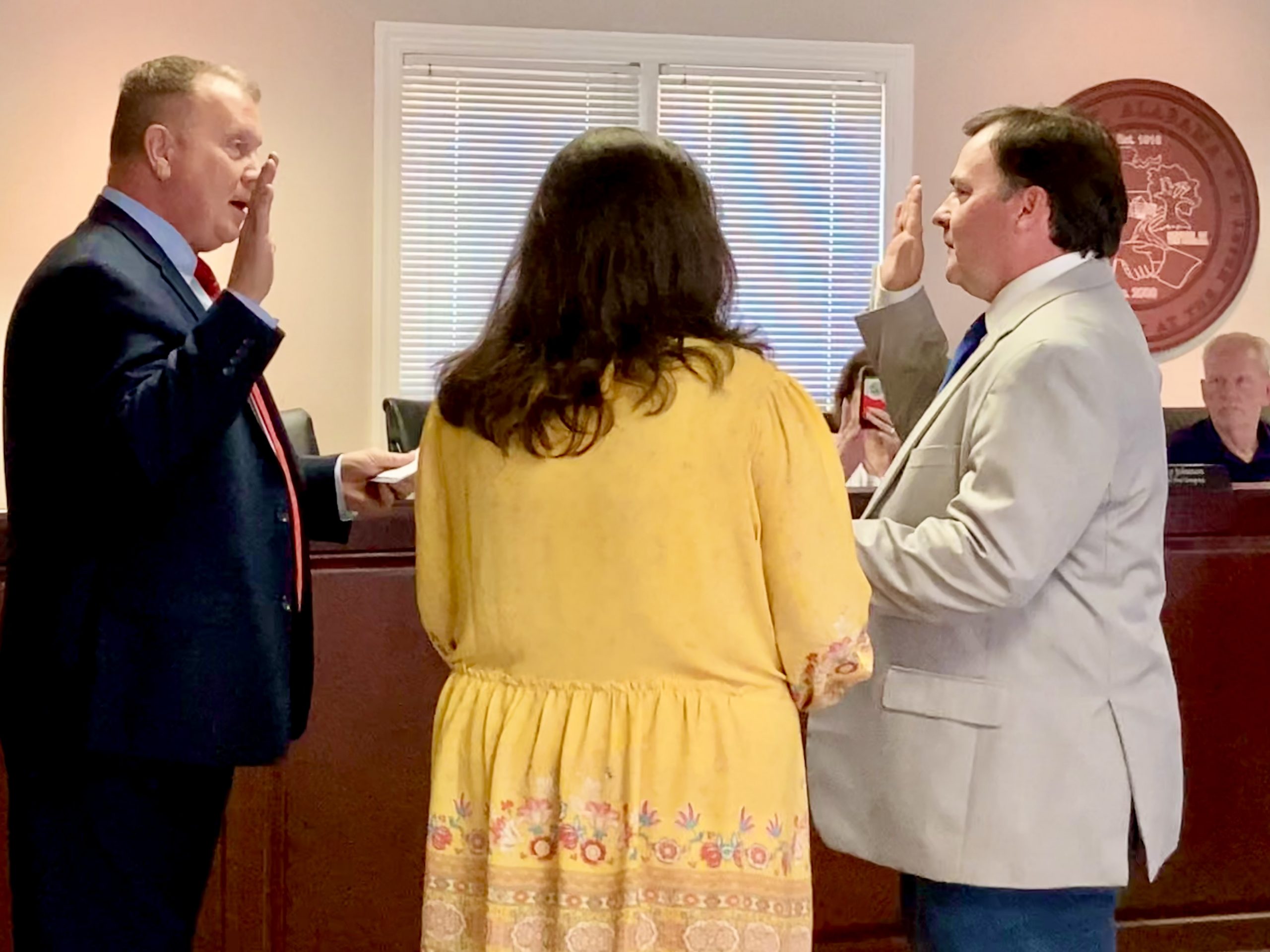 City of Clay swears in Chris Nail to Council Place 5

CLAY — The Clay City Council swore in former Planning and Zoning member Chris Nail to Council Place 5 on Tuesday, June 15, 2021, filling the seat formerly occupied by Dennis Locke. Locke announced his resignation from the Clay City Council at the May 25 council meeting, along with Councilor Ben Thackerson. 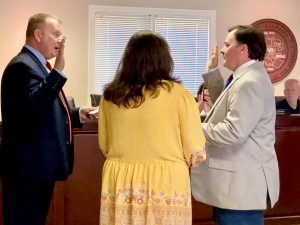 “I just want to thank you, Mr. Mayor, for considering me for this position,” Nail said. “I’m sincerely humbled by the appointment and I will do everything in my power to see that the city of Clay excels in everything that we try to do. … I just look forward to serving and that’s what I’ve got a heart to do.”

Mayor Charles Webster said that the city will have an appointment for the position of Council Place 3, formerly occupied by Thackerson, at the next city council meeting on June 29, 2021.

Additionally, the council appointed Dr. Orletta Rush to fill Nail’s seat on the Planning and Zoning board.

“I’m just honored to have the privilege of being able to work within the city of Clay,” Rush said. “Clay has been a passion of mine for a long time. I’ve been around Clay for a while. I started as an assistant principal at the elementary school in 2007 and had the opportunity to work with some great people that sit on your council.”

The brand new Clay splash pad will open this Saturday, June 19, City Manager Ronnie Dixon said. The splash pad, located behind the Clay Youth ballpark off Old Springville Road, was originally proposed to open Memorial Day weekend, but was delayed due to technical difficulties. Admission will cost $2 for Clay residents and $5 for non-Clay residents.

Councilor Bo Johnson announced that the final Clay Movie Night will be this Friday, June 18, beginning at 7 p.m. The event will be held behind the Clay Public Library.

“For the first time in the history of the City of Clay Movie Nights, I’m going to go ahead and say it: There’s no chance of rain Friday night and we are going to make it through a year with no rainouts, postponements or cancellations,” Johnson said. “The second movie night, we had a couple of weeks ago, had a great crowd. So, we’re hoping to have an even better crowd to finish it off. Free food, popcorn, cotton candy and just a good time with some of the folks in and around our neck of the woods.”

In other city business, the council unanimously approved Resolution 2021-11, declaring weeds to be a public nuisance at the following addresses: