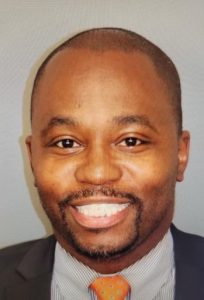 Wayman Antoninus Newton, 40, is charged with assault in the third degree. The charge carries a bond of $1,000.

According to jail records, Newton turned himself into the Jefferson County Jail at 4:09 p.m. He was released at 4:29 p.m.

A call to the Tarrant City Hall and the Mayor’s Office went unanswered Wednesday afternoon.

Newton was sworn in as the city’s mayor in November 2020.

Sources say former Police Chief Dennis Reno pressed charges against the new mayor in connection to an incident between the two that happened after Newton was sworn into office. Reno claimed he was injured when Newton slammed a door on him.

Reno retired after the incident. The city of Tarrant does not have a police chief or a fire chief at this time.

Since becoming mayor, Newton has vowed to “clean up the city” but he said he has faced pushback from the council, former community members as well as former city employees.

During his time as mayor, the city has started a low-cost vet clinic, offered food giveaways, and started a new program to help people purchase homes in Tarrant with specialty loans through Regions Bank. Newton said he also started an environmental task force and he is currently working on a project to refurbish and use vacant buildings and on a plan to bring a charter school to the city.

Newton is considered innocent until proven guilty and he has called the charge “bogus.” The Tribune is awaiting a call back from his attorney.