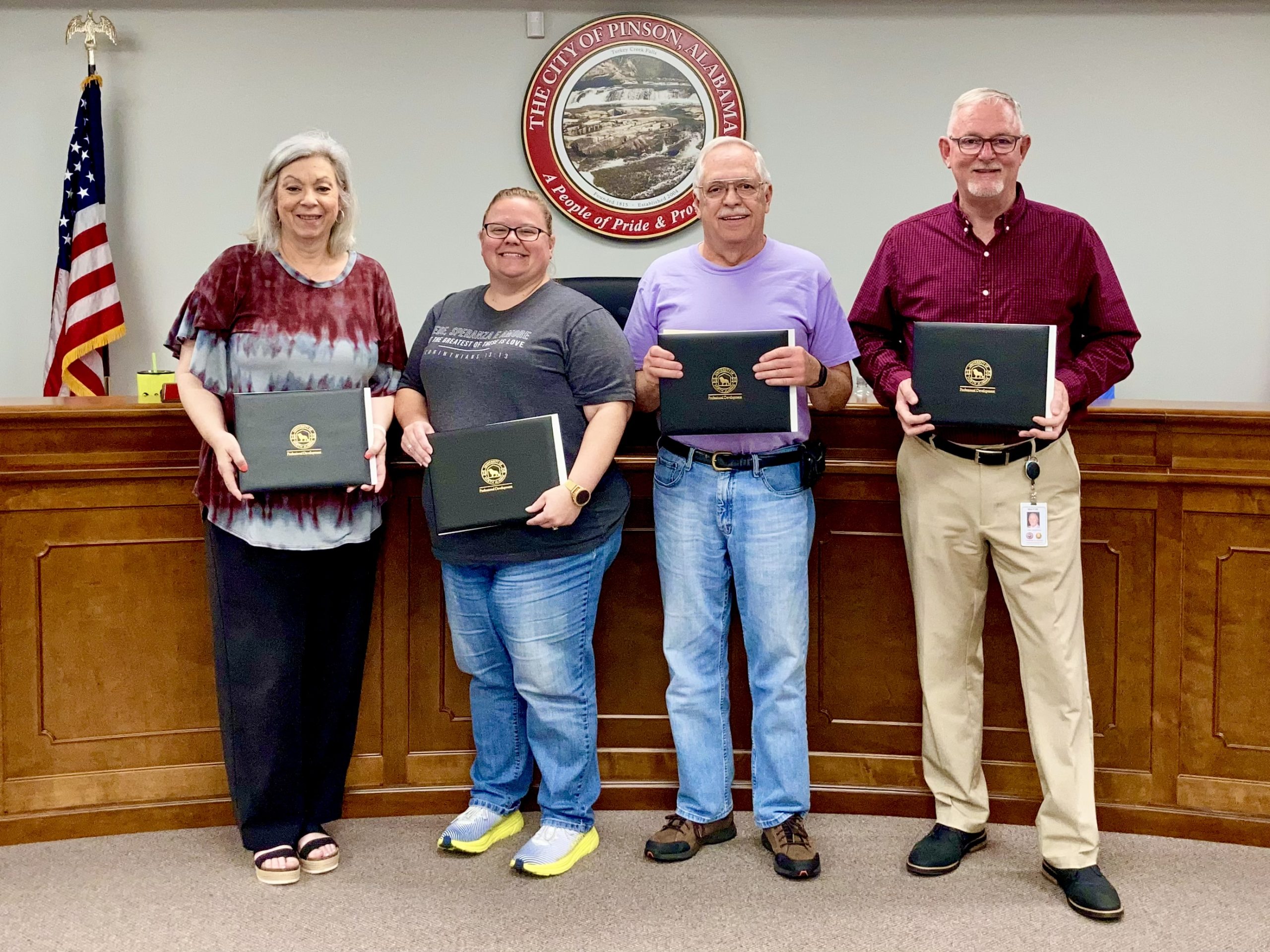 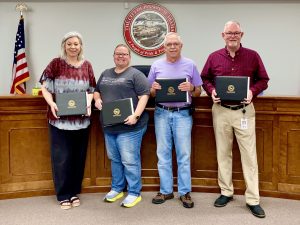 The council presented certificates to the following city officials:

“We’ve had two meetings with council — obviously all of those were open — in preparation of this year’s budget,” Cochran said. “In our meetings, we have had a lot of participation, a lot of conversation. We allowed our department heads to interact with us on that because they are a part of this budget process. … I could do it on my own, but I really don’t want to. I think it’s a much smarter move to have everyone involved and bought in and part of the process.”

Cochran said that some of the highlights on the budget include: increased revenue from sales tax, additional personnel in the city’s roads and streets department (under Public Works), the addition of a recreation director and a part-time inspector to take over building permits and inspection within city limits.

“In all the years that I’ve been on council and been dealing with the mayor with the budget — not slighting the former mayor or anything — this has been the most detailed document and I appreciate it,” Councilor Dawn Tanner said. “Knowing exactly where numbers come from, that helps. I appreciate (Mayor Cochran) allowing the department heads to be involved. … I appreciate the detail and the time it took to come up with this.”

The council held its second discussion regarding the creation of an alcohol policy for certain city facilities. The proposition is for a policy that would allow alcohol at certain events held at the Rock School auditorium and events room, as well as the community center.

“I thing we narrowed in on a number of different questions and ideas and thoughts and reasons on that (during pre-council),” Cochran said. “There’s some additional outside conversation, I believe Councilor (Robbie) Roberts wants to have, with a church that is near one of our facilities that is in this discussion.”

The council first discussed this policy, which would permit alcoholic beverages during events such as weddings, receptions and business parties, at its June 3 meeting.

“Last time I expressed a concern for any event venues here in the city, private businesses, and what impact us having this policy might have on them,” Roberts said. “I reached out to the owner of, to my knowledge, the only one of these type facilities here in the city and they did not feel like this would be an issue at all for them. They really appreciated the fact that we would take their situation under advisement, but they said that it actually probably would help them out to be able to have that sort of thing … when someone calls and asks about a facility and theirs isn’t a good fit, they could refer it down to the city’s facility.”

Cochran said the the city will continue to do its due diligence on the matter.

“At the end of the day, I would want to assign a couple of council members to that committee, as well as members of the community,” Cochran said. “So, if you know someone in the community that would like to participate with that, please feel free to contact me at jcochran@thecityofpinson.com, or any member of council, or the front office. We would love to have a lot of participation and ideas.”

Cochran said that one idea for the campaign is to have giveaways for small trash bags that people can keep in their cars in an attempt to reduce littering. The city will also enforce more strict action on fining people who litter within the city.

“If we catch someone throwing a mattress out on the streets, if we catch you: 1) We’re going to make you clean it up; 2) You’re going to pay $500 for the privilege,” he said. “We’re done with it. We’re tired of it. We’re going to enforce every law in the books that we can when we find people doing this stuff. We are sick and tired of people driving through our community and trashing it, and we’re sick and tired of people within the community trashing it.”

The next meeting of the Pinson City Council will be Thursday, July 1, 2021, at Pinson City Hall. Pre-council begins at 6:15 p.m. and the regular council meeting begins at 7 p.m.