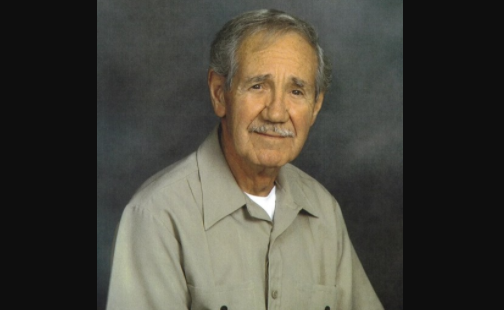 Born on December 22, 1925 in Mt Olive, Alabama, Doug lived most of his life in Birmingham where he worked as a machinist for Anderson Electric for approximately thirty years. He then went on to sales training and enjoyed a lucrative career with DoAll selling tool and die machinery while achieving numerous Sales Awards.

But above all his accomplishments was a man with the biggest heart of anyone you’d ever meet, who was loved dearly by all who knew him. Doug enjoyed watching NASCAR racing, fishing and boating. He and his wife spent most weekends on their 38’ cabin cruiser on the Tennessee River in Guntersville where many fun times were had with other boating friends.

He also enjoyed listening to his son Marlin play guitar and sing at local pubs. Doug’s happiest day of the year was Christmas Day when the whole family filled his home for a big meal and opening gifts. He went all out with Christmas decorations and always had a live tree. It was a day we all looked forward to all year.

Doug had a deep love of Florida and the beach, vacationing there most summers and residing in Largo, FL since 1999, where his neighbors adored him. He was exceptionally healthy and ‘young’ for 95, before succumbing to a massive stroke. He still drove his car, exercised and even rode his bike around his neighborhood.

Most of the time he could be found out in his work shed tinkering around with something, as he always had to stay busy. Doug never hesitated to lend a helping hand, whether it was family or a stranger.

Heaven gained an Angel, but we have lost the sweetest man on earth and will miss him dearly.