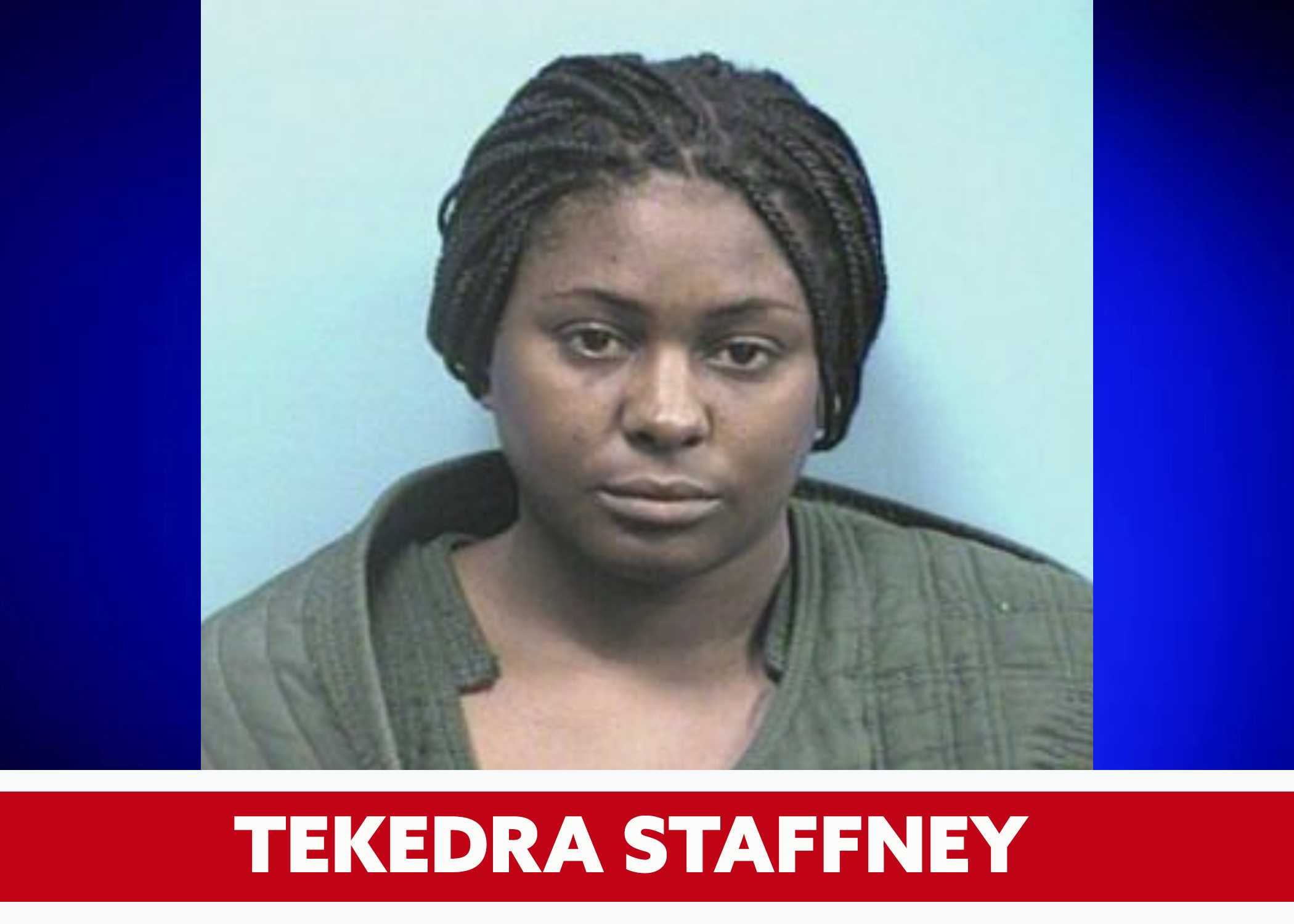 Woman charged with killing man in front of their daughter

CALERA, Ala. (AP) — An Alabama woman was charged with capital murder by police who said she killed her estranged husband in front of their 7-year-old daughter. 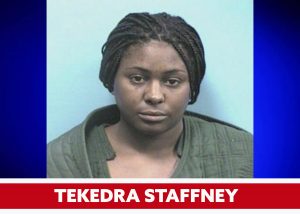 Tekedra Staffney, 36, was charged in the gunshot slaying of Jesse Myrone Rutledge, 35, on Saturday afternoon. The man was shot to death in a home in the Shelby County city of Calera, located south of Birmingham.

Authorities filed the capital charge, which carries a potential death penalty, because the child was present. Staffney was jailed without bond, and an attorney representing her, Mickey Johnson, said he had only spoken with her briefly and declined further comment.

In January, a judge temporarily ordered Rutledge to stay away from the woman after she sought protection claiming he came into their home and threw her belongings throughout the residence, court records show. In a request, Staffney wrote that she had proof of abuse and that she feared Rutledge would beat or kill her.

“I feel that this is just the tip of the (iceberg),” she wrote. A hearing was set for August, when the order could have been made permanent.

The couple had two children who were 7 and 16 at the time the woman sought protection.