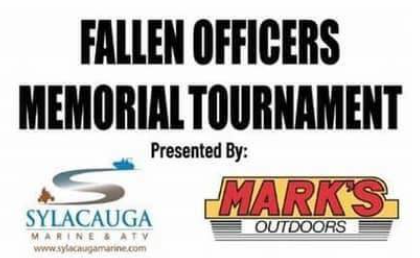 LINCOLN – It’s time to set some hooks and raise some money. 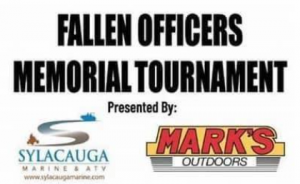 The second-ever Fallen Officers Memorial Tournament is scheduled for this weekend at Lincoln’s Landing in Lincoln, Ala. The fishing tournament will begin at 5 a.m. Sunday, June 27, 2021 and will benefit the Moody Police Department’s memorial for fallen officers Stephen Williams and Ken Turner.

Online registration has been available at www.mpdfishing.com since  May 1, but Chief Thomas Hunt says participants will also be allowed to register in person on Sunday at Lincoln’s Landing. The first-ever Fallen Officers Memorial Tournament was held last year after Williams was killed in the line of duty.

According to a flyer posted by the Moody Police Department, registration is $60. The three-fish tournament will also include a big fish payout.

Registration opens at 3 a.m. and boats are requested in the water by 4:45 a.m.