2nd arrest made in Jefferson County murder as investigation continues

JEFFERSON COUNTY — A second arrest has been made in connection to a June 16 murder in Fairfield. 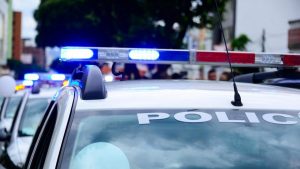 According to a report from the Jefferson County Sheriff’s Office, 18-year-old Da’Marcus Gilliam was taken into custody for the murder of 27-year-old Jon Paul Matthew Kimber at around 9 p.m. on June 23, 2021. Kimber was fatally shot in the roadway near Gary Avenue and 49th Street in Fairfield nine days ago.

Gilliam is charged with capital murder and is being held with no bond. Police say additional charges may be added as the investigation continues.

Gilliam is the second suspect to be charged in the shooting death. Last week, Joydan Ja’Niece Blackwell, 18, was arrested on capital murder charges during the initial investigation and remains in the Jefferson County Jail.

Detectives are still investigating the circumstances surrounding the murder, and additional arrests are still expected.