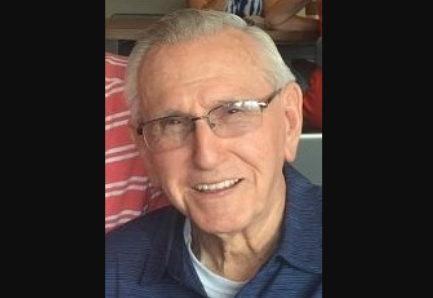 Hollis Fraser went to be with his heavenly father on June 23, 2021 at the age of 91. A native of Birmingham. He attended Kennedy Elementary and was a graduate of Woodlawn High School where he was a member of the band. He would later excel in softball and other sports.

Entered the military during the Korean Conflict (1951-53) served with the Dixie Division, where he was in the infantry, motor pool, quartermaster, and chaplain assistant.

Hollis trusted his Lord and Savior and was baptized at the age of 12 at 66th Street Baptist Church. He surrendered to the call of ministry at age of 31, sold his home, packed up the family and moved to New Orleans where he attended the New Orleans Baptist Theological Seminary where he received his diploma in Religious Education and Sacred Music. He would serve the Lord faithful for 38 years in the capacity of Minster of Music, Minister of Education, and Minister of Youth in churches in Mississippi, Florida, Virginia, and Alabama.

He has retired several times: Full time ministry at Crestway Baptist Church, Argo Christian Fellowship after serving 17 years in a part time capacity, Lance Snack Foods after 7 ½ years, and Brannon Honda where he served for 17 years.

Member of Huffman Baptist Church where he served as deacon, and for many years sang in the Celebration and Happy Hearts choirs.

Hollis married his partner, Carol Ann Campbell, in ministry. Honoring this union, the Lord blessed Hollis and Ann with two boys, Jeff and Scott, and two daughters Holly and Melody.

Hollis was preceded in death by his wife, Ann, of 62 years in 2016, his father and mother, Hollis C. and Annie Laurie Callaway Fraser, his half brother and sister, Owen Kinchade Williams and Frances Lucelle Williams Storey, and one grandchild, Jeffrey Michael Fraser. He is survived by two sons, Jeff and his wife, Theresa, of San Antonio, TX, Scott and his wife, Priscilla, of Savannah, GA, two daughters, Holly Fraser Lowe, and Melody and her husband Pete, of Vestavia, as well as nine grandchildren, and several great grandchildren.

There will be a celebration of life at Jefferson Memorial Gardens Sunday, June 27, 2021 at 2:00. Family will receive friends at 1 pm.