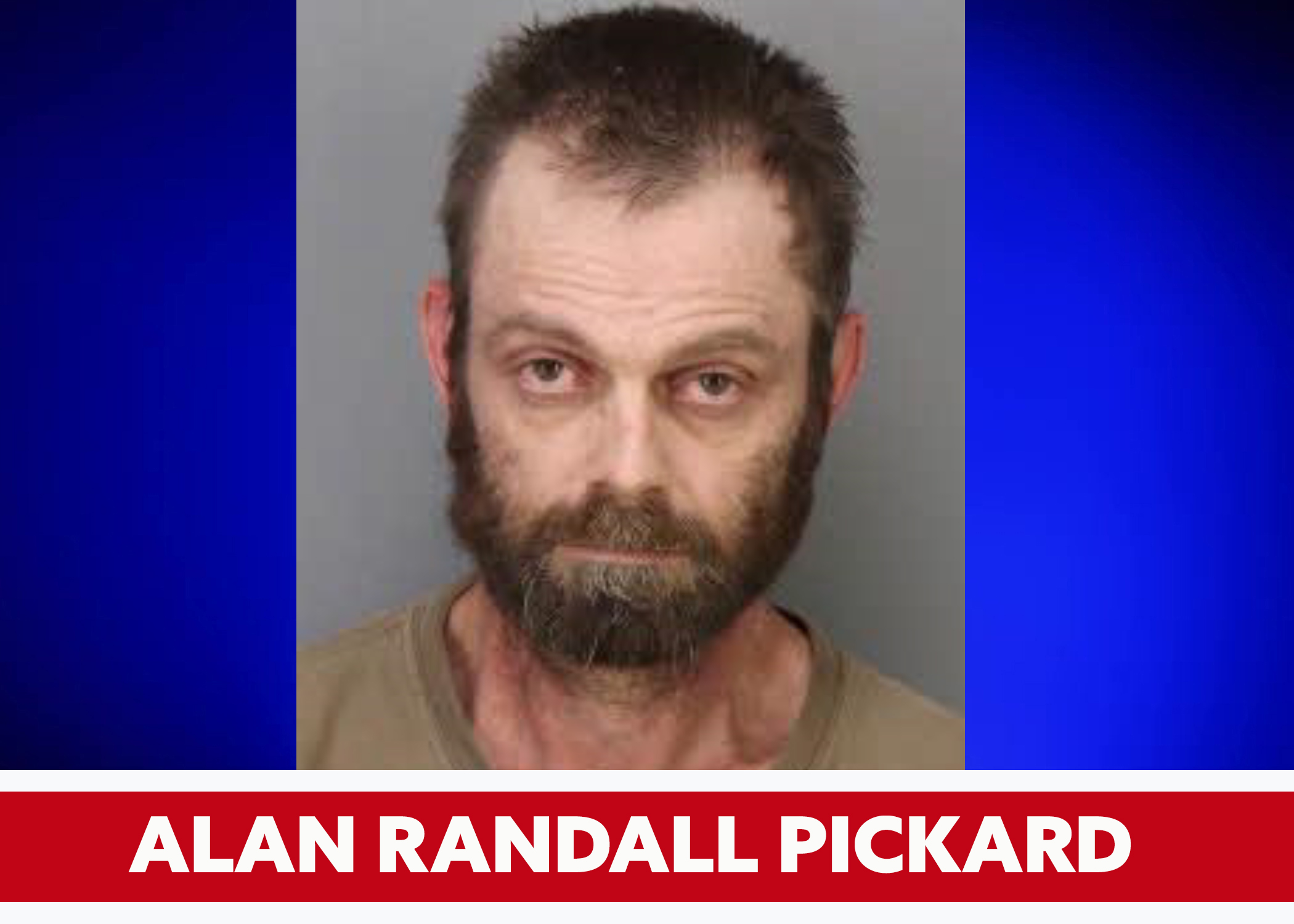 TRUSSVILLE — An Irondale man is now facing several charges after police said he shot into a restaurant and tried to break into a funeral home.

Alan Randall Pickard, 45, of Irondale, is charged with discharging a firearm in an unoccupied building, criminal mischief, and certain persons forbidden to possess a pistol.

The incident happened on Wednesday, June 23, 2021. Trussville Police were called to Jefferson Memorial Gardens, in the 1500 block of Gadsden Highway, around 11 p.m., after someone called dispatch reporting an attempted break-in at the funeral home.

When the officer arrived on the scene, he was able to locate the suspect. The officer said the man was trying to climb over the veterans’ section of the cemetery when he arrived at the location, but the man complied when the officer told the man to get on the ground.

Pickard was quickly detained without incident, according to police.

Police said before trying to break into Jefferson Memorial, Pickard fired a shot into the drive-thru window at Jim N Nicks. The restaurant was closed at the time and no one was inside.

Witnesses told police the man also fired a shot into the air while running in the parking lot of the restaurant. He then ran across Gadsden Highway to the funeral home, where police said he broke two windows and a glass front door.

Pickard told police he believed he was being chased by people who wanted to kill him. There was no evidence that anyone else was involved in the incident, police said. However, they do believe Pickard was under the influence of an illegal substance at the time.

No one was injured in the shooting and the firearm was recovered from the scene.

Pickard was booked into the Trussville City Jail. He was later transferred to the Jefferson County Jail on bonds totaling $19,500.