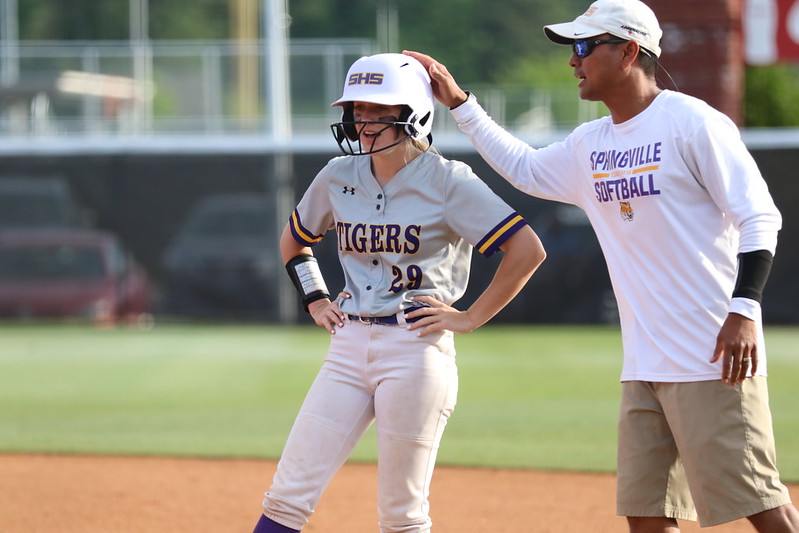 Taruc named HC at Springville: ‘I’m very blessed to work in a community that loves the game’

SPRINGVILLE — More than a month after competing for a Class 6A state championship, the Springville softball program has announced its next head coach. 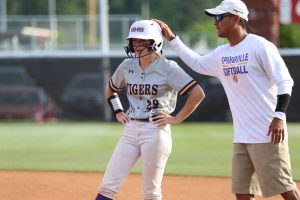 Brandon Easterwood, who won two state championships in five years as the Tigers’ skipper, confirmed his exit on Friday, stating that his assistant John Paul Taruc will fill the position. Easterwood plans to remain on the Springville High School faculty as a driver’s education teacher in 2021-22.

For Easterwood, the move is motivated by family.

“It is more of a family decision than anything,” said Easterwood. “Having three boys at home, they’re all playing baseball in the spring, I’m missing everything that they’re doing because I’m out coaching softball, so if there was ever going to be a time where I was going to be able to get home and watch them and support them, it was going to have to be now. Otherwise, they were going to grow up and I was going to miss them.”

His final season recently ended in Oxford with a runner-up finish in the AHSAA State Tournament. The Tigers finished at 39-12 with an Area 13 championship to go with an East Central Regional championship in 2021. He previously led two Class 5A state championship runs in 2016 and 2017 after taking over as head coach for Chris Williams. Easterwood also assisted in two state title seasons under Williams.

During the winter sports season, Easterwood served as a boys basketball assistant under former head man Jeff Smith, who left for the same position at Pell City earlier this year and was replaced by former Clay-Chalkville head coach Jeremy Monceaux.

“I really don’t have any desire to be a head coach right now, unless the perfect situation arises,” said Easterwood. “I’m just going to take this time to be home with my family.”

Taruc now takes over one of the premiere softball programs in the state. He served as an assistant under Easterwood for each of his five seasons, holding his post down first-base line all the while.

“Working with Easterwood was like working with one of your best friends,” said Taruc. “Him and I really meshed well together.”

Taruc is a 2000 graduate of Springville High School where he lettered in multiple sports.

“Everybody has been very welcoming,” he continued. “I’m very blessed to work in a community that loves the game and is very supportive to the coaches.”

The first-year head coach says he hopes to conduct tryouts as early as late-August.