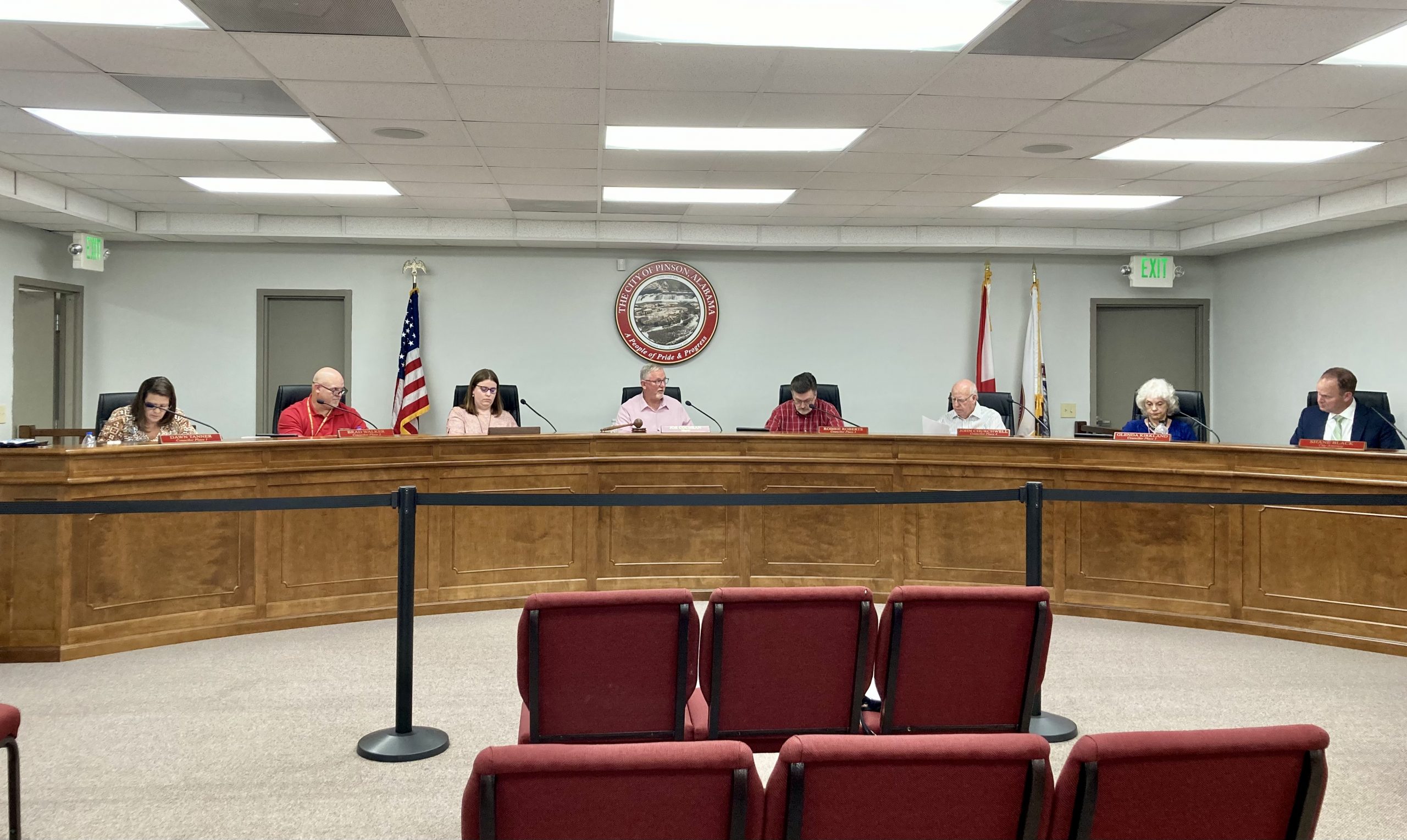 PINSON — The Pinson City Council unanimously passed a motion Thursday night, July 1, 2021, to give the Palmerdale Fire District an additional $25,000/year over the next six years to go toward the purchase of a new ambulance. The council recently increased its contribution to the fire district to $75,000/year, in order to assist with staffing. 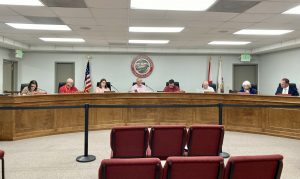 “I realize we’re spending more money,” Councilor Robbie Roberts said. “I look at, what these guys are asking for is still less than what one contract deputy costs per year, and they’re bringing this service up to, I mean, what he’s doing now is 64 (people transported by ambulance in June). Those same people are getting sick; we didn’t just have a bunch of sick folks this month. He’s actually now doing the transport, which means that these folks were able to be transported 45 minutes to an hour quicker than what they were just two months ago from the help we’ve already given them. So, I don’t want these guys … sitting around going, ‘Our truck’s broke down. Now we have all this personnel and we have no way to actually get the folks loaded up.'”

Palmerdale Fire Chief Jason Howell also spoke to the council regarding a 7-year-old boy who passed away in a fire in Morris on June 30, 2021.

“Yesterday was a pretty rough day for us,” Howell said. “We had a fire about 11:30 yesterday morning where we lost a 7-year-old child. It was just an extremely unfortunate situation where the child was at the house. My guys were there literally 4 minutes and 59 seconds from the time we got the call, but he was in the heaviest burning part of the house. It was not from a lack of trying … it was just a very tragic situation.”

Mayor Joe Cochran brought before the council a proposition from a local flea market, Patti’s on Main Street, to begin a new monthly event in the city: Main Street Trade Days.

“Patti had spoken to me a few days ago when I visited down there about having trade days on Main Street,” he said. “Once a month, closing the streets, probably from about the doctor’s office down to Spring Street, and then the two side roads coming in off of that — Bradford and Clayton. I told her that sounded like a great idea to me. It wouldn’t be a fee-based thing. You would arrange and have vendors come in and set up their wares to sell and could have food trucks and different things. But it would be a great idea to attract folks to Main Street once a month and then they would see what’s actually available at Main Street and they maybe would visit more often than once a month. So, it would benefit the business owners down there, as well as the community at large.”

The council agreed that Main Street Trade Days was a good idea and discussed beginning it in mid-to-late October, after the Alabama Butter Bean Festival.

Additionally, Cochran asked the council for permission to create a Main Street parking area on a city-owned lot off Main Street. Councilor Glenda Kirkland offered that in the form of a motion and the motion passed unanimously.

The council held a discussion regarding the potential purchase of BoxCast broadcast equipment, at a cost up to $11,000. The equipment would allow the city to broadcast across multiple platforms — including but not limited to Facebook, YouTube and Periscope — with one stream.

“The main effort in that is to try and put our meetings and public events … out there in a broadcast world across all these platforms …,” Cochran said. “Some people are comfortable coming out to the meetings; some people are not. We want everybody to be involved and be informed, and this is the next level of doing that right.”

The council did not take any action on the BoxCast system, but will revisit it at a future meeting.

The next meeting of the Pinson City Council will be Thursday, July 15, 2021, at Pinson City Hall. Pre-council begins at 6:15 p.m. and the regular council meeting begins at 7 p.m.