BIRMINGHAM — A Birmingham police officer was arrested on rape and drug charges on Sunday, according to Sgt. Rodarius Mauldin. The arrest follows a complaint and internal criminal investigation of officer Matthew Wilcox. 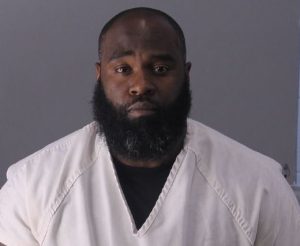 During the investigation a search warrant was executed at the residence of Officer Matthew Wilcox by the Birmingham Police Department’s Tactical Operations Precinct, Special Victim’s Unit, along with the Jefferson County District Attorney’s Office Investigators.

Mauldin said Wilcox was immediately relieved of duties and questioned by investigators.

Wilcox has been with the Birmingham Police Department since October of 2019. Wilcox was previously assigned to the Patrol Division prior to the launch of this investigation.

“The Birmingham Police Department will hold all officers accountable and continue to implement high moral and ethical standards for all who serve the City of Birmingham,” Mauldin said.