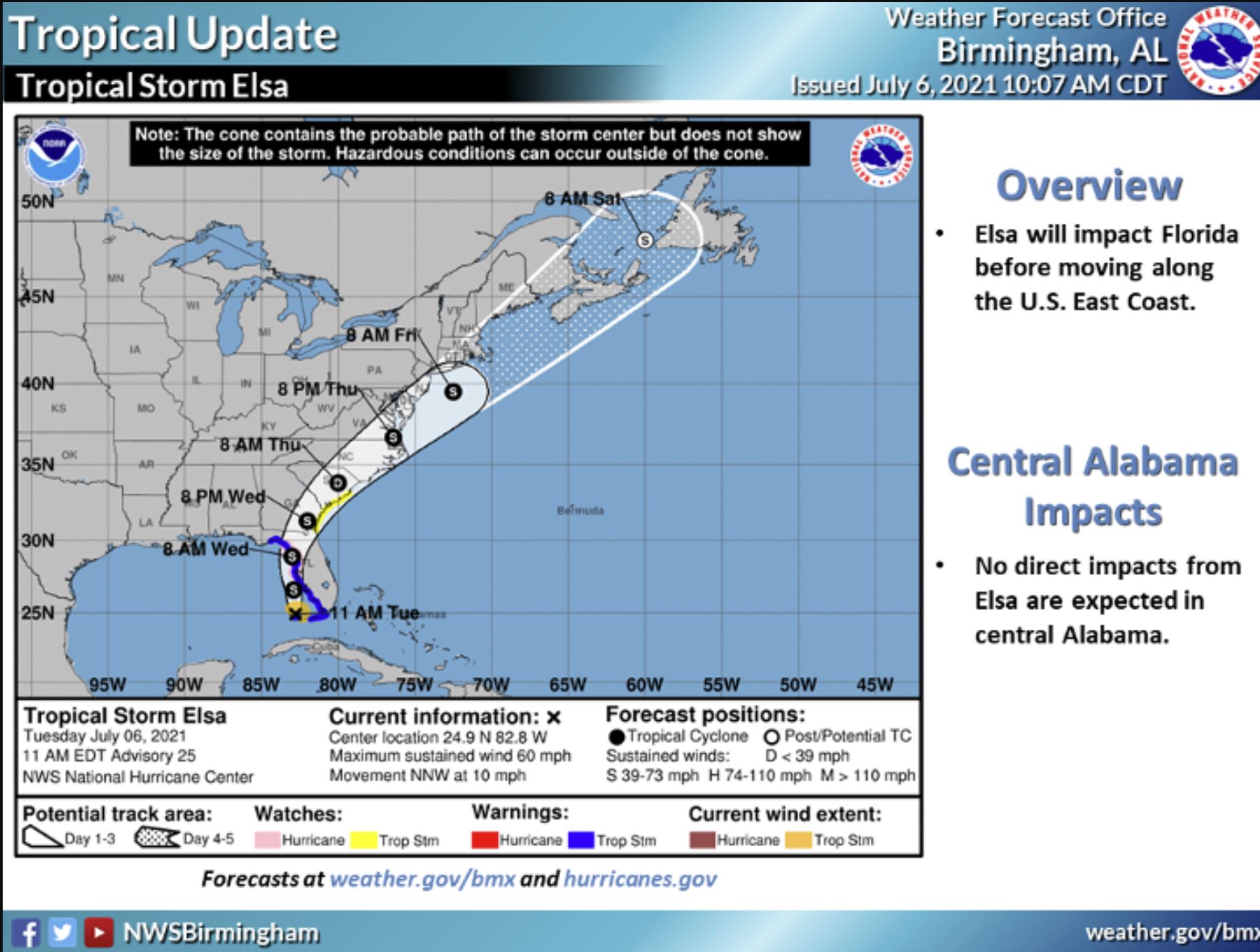 BIRMINGHAM — The National Weather Service (NWS) in Birmingham continues to track Tropical Storm Elsa. No direct impact is expected in central Alabama from the storm, according to the NWS. 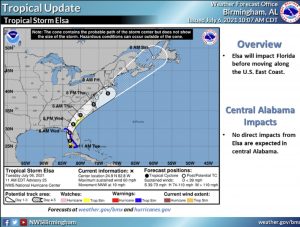 A Hurricane Warning has been issued for part of the Florida Gulf Coast. Winds could be higher than 60 KT, the Air Force Reserve said Tuesday. As of Tuesday afternoon, the Hurricane Center said a slight strengthening of the storm could result in Elsa becoming a hurricane. If that happens, the NWS said it would occur Tuesday night or early Wednesday.

A life-threatening storm surge is another concern forecasters have voiced. That could happen along the west coast of Florida Tuesday night and Wednesday. A Storm Surge Warning has been issued for those areas.

Tropical storm conditions are being reported along the Florida Keys and are expected to continue northward.