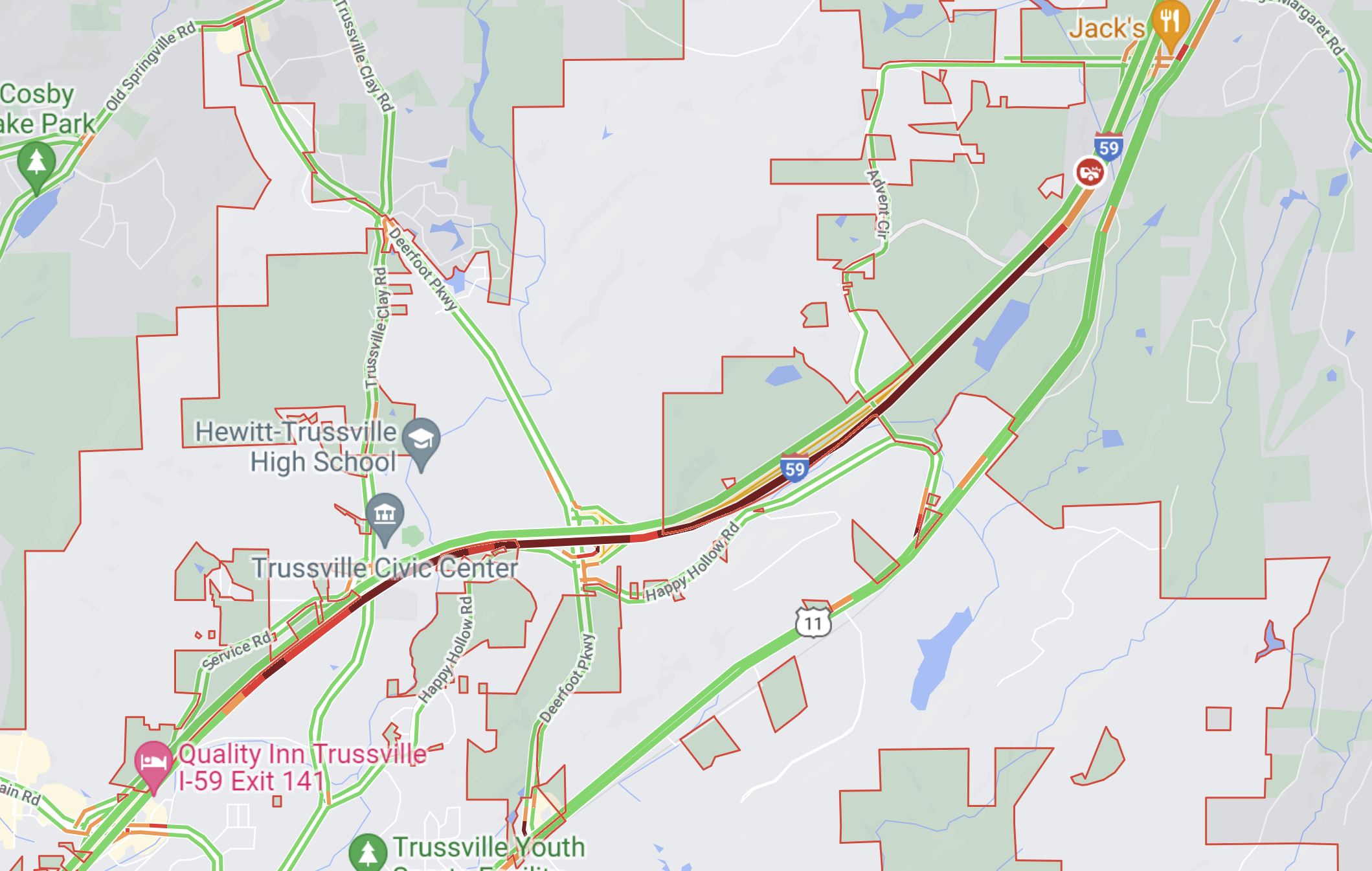 Traffic backed up on I-59 after crash in Argo

ARGO — A wreck on Wednesday evening caused traffic delays on Interstate 59 North, from Argo to Trussville. 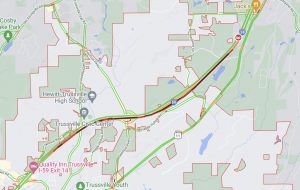 The crash was reported around 5:30 p.m. and traffic was stalled while crews responded to the scene. The wreck happened around the 146-mile marker, according to Argo Police Chief Glenn Wells.

Backups were reported as far as the 142-mile marker, between the North Chalkville Road and Deerfoot Parkway exits.

Argo Police and State Troopers are on the scene. Drivers are urged to take alternative routes, if possible.

No information was provided on possible injuries or the number of vehicles involved in the crash.