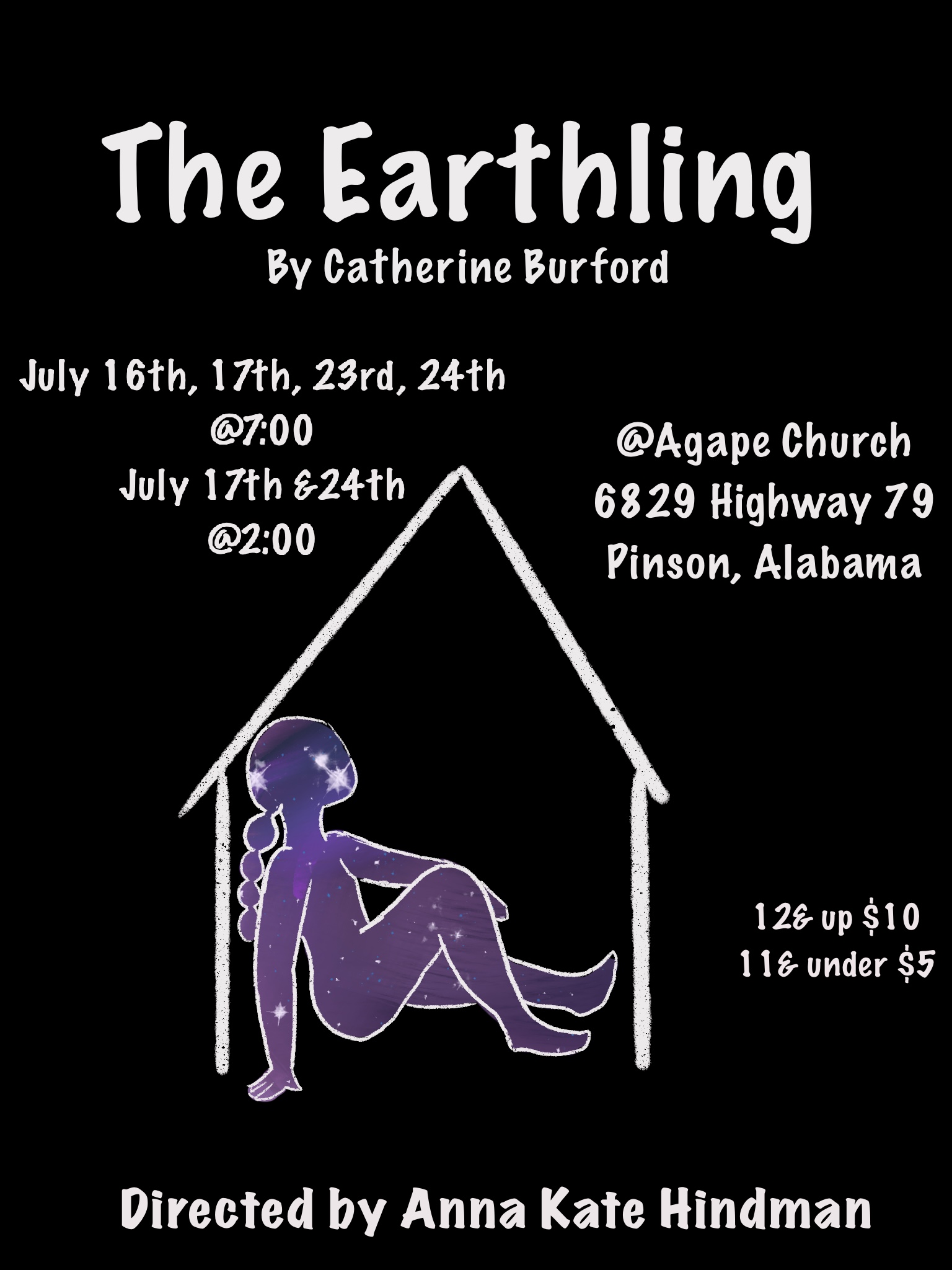 Local actor, writer to put on autism-inspired play “The Earthling” in Pinson

PINSON – This weekend, people around the Pinson, Clay and Trussville communities will have the opportunity to see a unique theatrical performance: a play titled “The Earthling,” written by award-winning Tennessee autistic playwright Catherine Burford. This particular performance is being brought to the city of Pinson by local actor and writer Danyelle Small, who has lived in Clay her entire life. 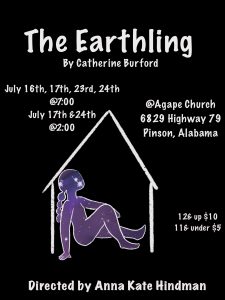 Small was inspired to put on a performance of “The Earthling” after she was diagnosed with autism in March 2021.

“I’ve been curious about whether or not I had it for several years,” she said. “It’s really hard to get diagnosed as a woman with autism because typically people picture a little boy in a kindergarten class crying and rocking in the corner.”

On the contrary, Small said that the autism spectrum is very broad and women tend to get misdiagnosed with depression, anxiety and OCD, because those disorders have similar symptoms.

“I had to push really hard because it’s so hard to get diagnosed when you’re a woman,” she said. “I had to go see several doctors and then, earlier this year, I finally got someone who would listen to me.”

Some symptoms Small noticed throughout her life that made her suspect she was autistic included her quiet nature and difficulty connecting to people and making friends, having very specific special interests, trouble reading social cues, and sensitivities to sound and light.

“Comparing my experience to other autistic women, then basically talking about what they went through, I was like, ‘OK, it’s not just a me-thing,’” she said.

Small received her diagnosis on March 1, which just happens to also be the National Disability Day of Mourning.

“The Disability Day of Mourning isn’t about being upset about being disabled,” Small said. “It’s actually about the fact that filicide rates are up amongst disabled kids of able-bodied parents, because they believe they are less-than. It’s just a day for disabled people to stand together. So, that was a very interesting experience to have my diagnosis, finally, on that day.”

Even though some people in Small’s life couldn’t quite understand why it was so important for her, as an adult woman, to get a diagnosis, Small said that having her suspicions validated was liberating for her.

“I was 20 years old when I got diagnosed and people were asking me why I wanted a diagnosis so badly since I was an adult and basically had outgrown the age of being able to go into any kind of intervention or help to acquire some sort of assistance,” she said. “But really, having the diagnosis was honestly one of the best feelings because I was able to realize that I’m not broken. I’m not just a weird person; this is just the way my brain works and that’s OK.”

Despite any lack of understanding, Small said that her family was “incredibly supportive.”

“Obviously, they didn’t really understand exactly why this was so important to me, but they were behind me and it was pretty great,” she said.

After receiving her diagnosis, Small began to reach out and connect with other autistic people on the internet. This was ultimately how she stumbled across “The Earthling.”

“One of my friends, who I had met online, was telling me about this play,” she said. “We’re both big theater people so he was telling that it was written by another autistic writer, like myself, and she had gotten to be able to put on this production that she made.”

After watching the play and falling in love with it, Small contacted Catherine Burford to ask if they could come to an arrangement so that she could put on the show in Pinson. Burford agreed and wrote up a contract.

“The Earthling” is a story about a human couple who find an alien egg in their shed, which hatches to reveal a purple-haired baby girl. The play then follows the next 14 years as the couple adapts to raising the alien child.

“The child, of course, grows up to be the main character, who is based on the writer’s perspective from growing up on the spectrum,” Small said. “A lot of people tend to think of the autism spectrum as a line. That’s not true; it’s more like if you picture a color wheel.

“This play, while it is made to teach neurotypicals (people without a disability) about autism, this is mainly for neurodivergent people and people with disabilities in general. This is a place where they can come and be seen and know that they are wonderful. It’s like a love letter to neurodivergent and disabled people. As a disabled person, myself, I want to be able to have this celebration of all of them and all the stuff that they have to go through, not only from personal struggles and disabilities, but also from a social standpoint. We do touch on that a lot in this play, how hard it is. People are difficult and sometimes people are mean, and people don’t take the time to understand, but we hear you and we love you.”

Anyone interested in seeing “The Earthling” will have six opportunities to do so. The show will be held at Agape Church in Pinson on July 16, 17, 23 and 24, with evening performances each night at 7 p.m. and matinée performances on July 17 and 24 at 2 p.m.

Tickets will cost $10 for ages 12 and up, $5 for ages 5-11, and children under 5 get in free. All tickets are general admission, to be purchased at the door.