CLAY — The Clay City Council held a public hearing on Tuesday, July 13, concerning three properties that were in violation of the city’s weed and public nuisance ordinance. When no one in attendance spoke for or against the properties in question, the city moved into unanimous consent and approved Resolution 2021-06, authorizing the elimination of a nuisance created by overgrown grass and weeds on the following properties: 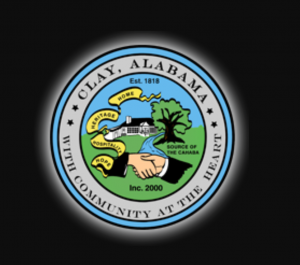 During the “council comments” portion of the meeting, City Councilor Chris Nail informed the council that he had been contacted by Clay-Chalkville High School Principal Michael Lee concerning the possibility of the school and city collaborating to hold a city-wide celebration to kick off the 2021-2022 school year. The first day of school for teachers will be Aug. 5, with the first day for students on Aug. 10.

“He said we might could have it up on the football field,” Nail said. “Just kind of a kick-off to the school year (to) get everybody excited.”

During public comments, citizen Wendell Harvey addressed the council concerning issues with a neighbor who allegedly has multiple dogs living in unhealthy conditions in their backyard.

“We’ve been in Clay now five years and enjoy being here,” Harvey said. “Long story short, we had folks that moved in next door about six months after we moved in — it’s a rental house — at that point we started having issues.”

Harvey said that his neighbors have five dogs chained in their backyard.

“The dogs are living in their own feces and waste,” he said. “One of them is actually on the back deck — don’t even have contact with the ground — it’s just a dog house on the back deck.”

According to Harvey, the dogs seem friendly and aren’t causing any issues, themselves.

“It’s just a neighbor problem,” he said. “I’ve exhausted most of my courses of try to go to the humane society and places like that. They tell me as long as they got access to adequate shelter, food and water, there’s not much they can do about it. You ought to come see them; they’re starving.”

Harvey said that a bigger issue came up last Friday, when there was allegedly gunfire at the house in question.

“That’s unacceptable,” he said. “I need some help. This is getting out of control. I don’t want to move; my wife’s ready to move. It’s just an unfortunate situation.”

City Manager Ronnie Dixon said that the city is aware of the issues and has written a letter concerning the dogs. Additionally, he said the sheriff’s office determined that the gun shots were not fired at people, but into the ground.

“The sheriff office has handled all that,” he said. “… We’ve done everything we can for the immediate situation.”