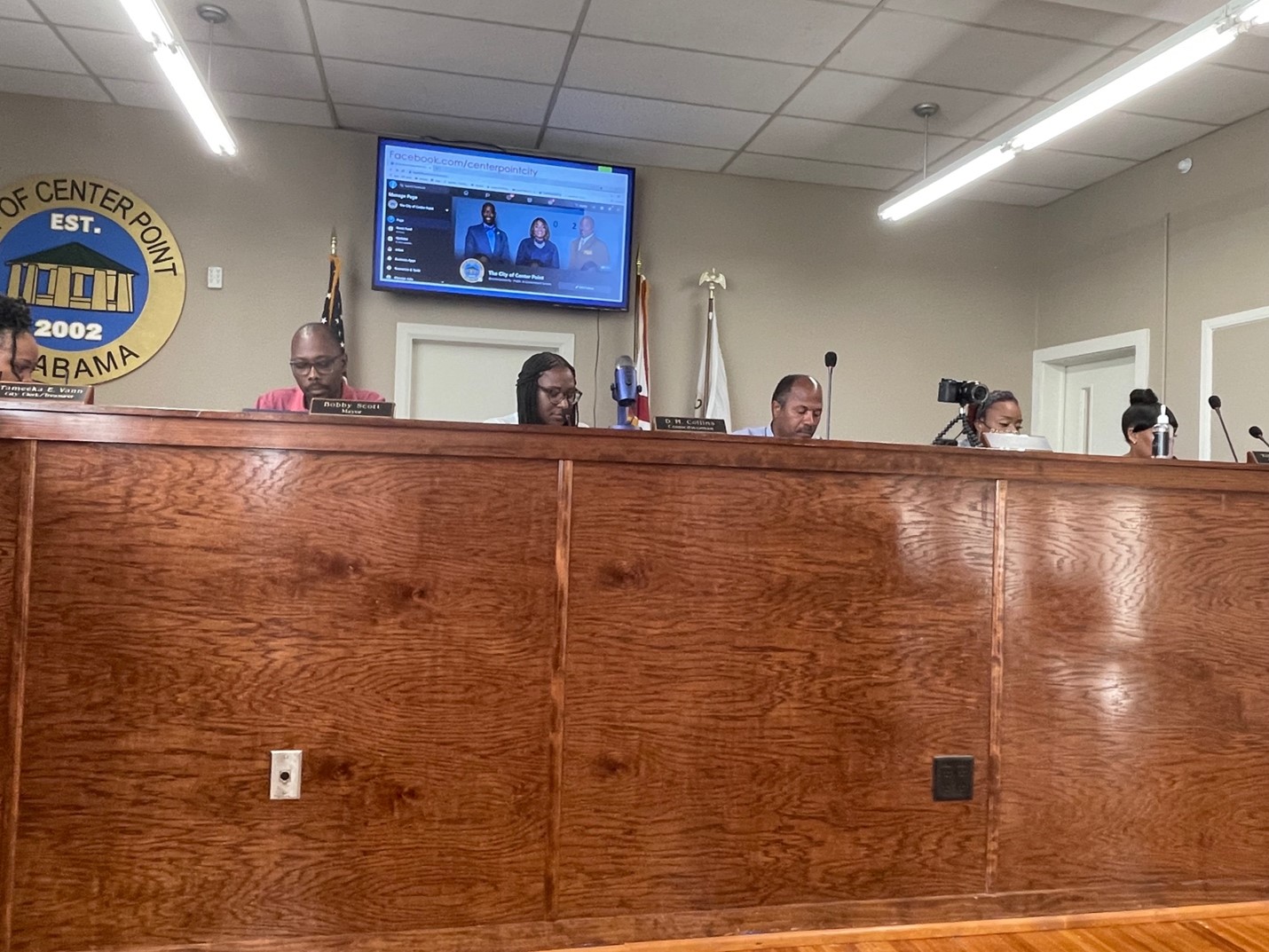 CENTER POINT – On July 15, the Center Point city council met for a regular meeting at the City Hall to discuss the replacement of a heating, ventilation, and air conditioning unit at the community center, due to damage from a recent tornado. Concerns about fireworks during the Fourth of July holiday were also discussed. 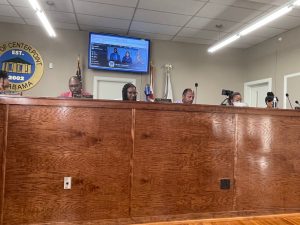 For public comment, Chief Gene Coleman stood up and spoke about two recent fires that happened outside of Center Point and the station’s monthly statistics.

Coleman said a new training facility that is coming soon in the city of Center Point will be used by the Center Point Fire District, along with surrounding communities such as Pinson, Clay, Palmerdale, Glenwood, Tarrant, Fultondale, and the City of Birmingham.

Mrs. Rosie White, a resident of Center Point stood up and spoke about the excessive fireworks during the weekend of Fourth of July holiday.

“The fireworks this year was bad right in front me,” White said. “Look like a bomb was about to take off! You can’t say nothing to your neighbors’ cause, I’m kind of afraid. They shoot their fireworks and it comes to your yard, your backyard and I’m around a lot of trees, so I’m afraid.”

White mentioned that she thought Center Point had an ordinance where residents couldn’t use fireworks in the city.

Mayor Bobby Scott told White that the city partners with the Jefferson County Sheriff’s Office and they did about as much as they could do to resolve the issue with the fireworks.

Scott went on to say he doesn’t think the sheriff’s office can do anything to residents who shoot fireworks unless they are caught in the action.

Scott said the council will continue to research things that could possibly help residents like White with the fireworks issue and he confirmed there is a “no fireworks” ordinance in the city.

White went on to discuss the buildup of trash that is being placed in her neighborhood, even after multiple times of her and other neighbors picking it up.

“We used to go around picking it up, but the more we picked it up, the more they put down there,” said White .

Scott said he understands White and that crews are out daily picking up trash and as they try to clean up, residents put more down. He reassured White that the city is going to continue trying its best to clean up the community.

Council President D.M. Collins said the city has a Code Enforcement Officer that can come out and write citations for people who are throwing trash out and parking illegally in front of Mrs. White’s home.

For discussion, the council talked about the city’s towing contract with Foster Towing.

In 2015, the city partnered with Foster Towing, and now the company has some updates that the council is holding off to approve until the representative of the company shows up to a council meeting to explain.

The council mentioned there is also another towing service they are considering, and President D.M. Collins said she felt the decision between the two companies should be open for bids. The council passes the decision unanimously.

The other topic the council discussed was the Rebuild Alabama Project.

The council received a priority list of roads on the northeast and northwest sides and the council is deciding to hold off on the decision-making about the roads until it goes under further review.

President D.M. Collins said the Rebuild Alabama Project will be on the agenda in August so Councilor Glenn Williams can view the location.

For mayor and committee reports, Mayor Scott talked about events for July.

July 17 – CP Backpack Giveaway
10 a.m. until 2 p.m.
Mayor Scott urges residents to come out and bring their child/children who are still in grade school to receive a free school supply backpack and enjoy the free food and festivities before school is back in session.

July 20 –  9 a.m. to 1 p.m. The Senior Center will host a health and Wellness Fair at the Center Point Senior Activity Center.
Free admission.
At the end of month, the Seniors are having a field trip to Montgomery to visit the Legacy Museum.

Councilor Tiffany Moore had the weekly statistics for the week of June 26:

There were three burglaries, one breaking and entering into a vehicle, two assaults, and no business burglaries, homicides, thefts, or robberies.

Moore said she still looking for residents to participate in the Neighborhood Watch Program as block captains and she can be reached at tiffanymoore@centerpointal.org.

At the end of the meeting, Councilor Sharon jones thanked the parents who came out to the literacy presentation at Center Point Elementary School to learn about the new policies that will take place over the 2021-2022 school year.

Jones also wanted to make residents aware of the Jefferson’s County Board of Education first meeting on July 22, at 10 a.m. at the Central Office location for parents to know more about the schools’ new procedures before schools open.