LATEST NEWS
Home Local News Moody Police Chief: ‘It’s been over a year, but it still seems like it was yesterday’ 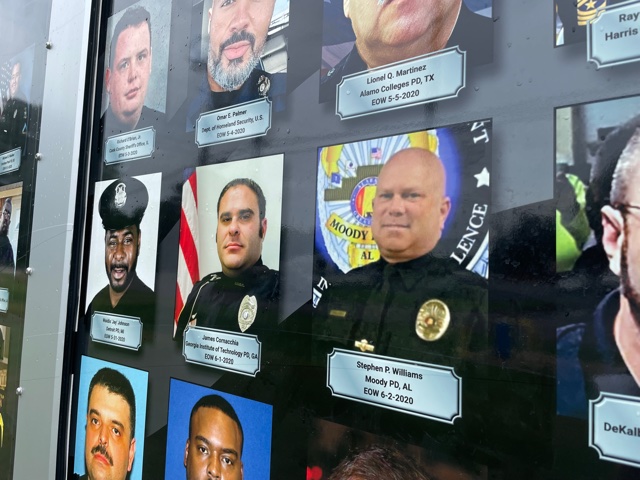 Moody Police Chief: ‘It’s been over a year, but it still seems like it was yesterday’

MOODY — The Beyond the Call of Duty’s “End of Watch Ride to Remember” stopped in Moody on Friday, July 16, to honor fallen police Lt. Stephen Williams. 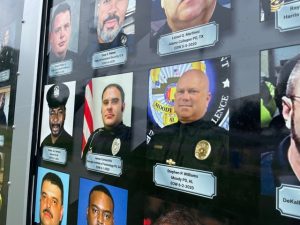 The ride began in Washington on May 28. It will end in Spokane Valley, Washington, on Aug. 18.

The name of the ride is inspired by an officer’s “End of Watch” which is announced over the radio by a dispatcher following the death of an officer. The ceremonial last radio call is followed by a moment of silence.

Moody Police Chief Thomas Hunt was on hand along with numerous officers, as the organization included Moody in a nationwide tour dedicated to honoring fallen law enforcement officers.

“They travel all over the United States honoring all these officers that gave the ultimate sacrifice for all their cities and their counties,” said Hunt. “We’re honored to have them all here with us today and honored to get to pay our loyalty to Lt. Williams for the sacrifice he made here for Moody.”

Williams lost his life in the line of duty on June 2, 2020, while responding to a call for a disturbance at the Super 8 hotel, located on Moody Parkway. He was killed following a shootout at the hotel. Authorities say he was shot on arrival that Tuesday night.

“It’s been over a year, but it still seems like it was yesterday,” said Hunt.

Hunt says each of the officers on his force last June when Williams was killed is still working for the department. He explained how the healing process is still playing out throughout his department, more than 13 months later.