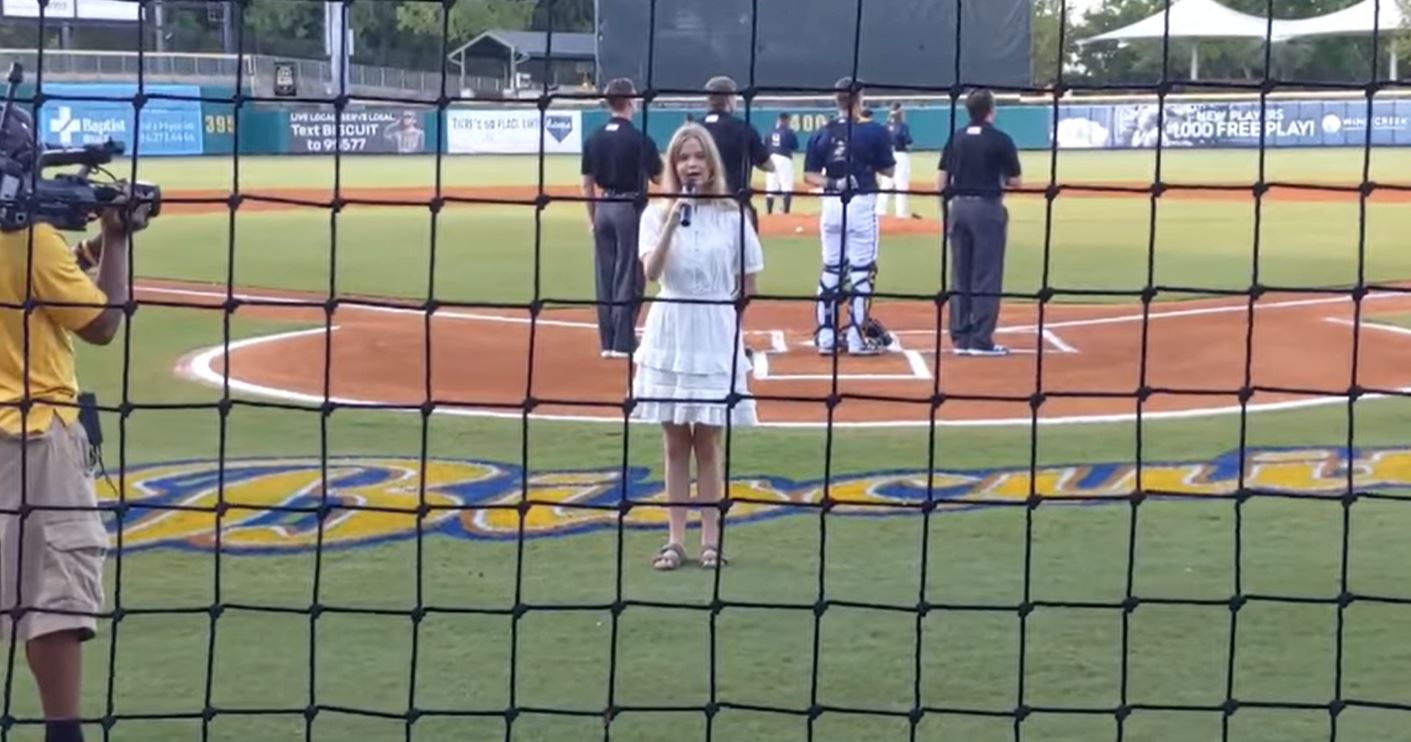 TRUSSVILLE — A lot of our readers have likely heard of “Old Man Buttram,” The Tribune’s Publisher. He is a proud man, with good reason, but one of his greatest accomplishments doesn’t come in the form of owning a newspaper or covering the best local stories. Oh no. His ability to raise fine children, with his wife Lori Leopard, is by far the gleaming achievement that will be the theme in Buttram’s own personal history book. 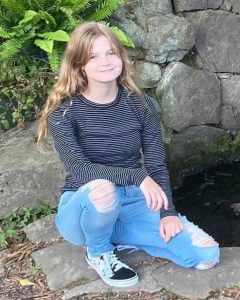 Scott Buttram has two children, Jase and Sara Marie. Jase is grown and out of the house, but Sara Marie is still in school and will soon be a freshman at Hewitt-Trussville High School.

The 14-year-old has already built an impressive resume in the performing arts realm and on Wednesday, July 21, she added to her list.

Sara Marie Buttram sang “The Star-Spangled Banner” ahead of the Montgomery Biscuits game against Pensacola. Although the Biscuits didn’t win the game, the fans got a special treat before the first pitch.

Sara Marie belted out the national anthem like a pro. Her pitch-perfect performance stunned the crowd and her very proud father.

“I’m blown away!” Scott Buttram proclaimed. “I was so proud of that kid. She just went up there and nailed every note.”

Sara Marie’s vocal coach, Steve Pennington, has been working with her for a year.

“It was such a strong performance,” Pennington said. “She does this little timid thing but man, she was bold out there last night!”

Over the past year, Pennington said he has focused on resonance and power with the young singer. For the national anthem, the pair zeroed in on dynamic and pitch.

“It’s a 12-note range,” Pennington explained. “It takes 12 notes to accomplish. There’s not a lot of songs out there that are 12-note songs like you would hear on the radio. So, yes, it is a hard song.”

Pennington has heard many talents over his years of coaching, but he said he is very proud of this particular student.

“She should be extremely proud of not only accomplishing it but accomplishing it with the confidence and the maturity that she had in her voice,” added Pennington. “I was just flabbergasted!”

Sara Marie Buttram is not finished wowing crowds. Although it is unclear where her talents will take her, for now, she is performing on the ACTA stage in Trussville. Her current role is that of Louisa Von Trapp, in “The Sound of Music.”