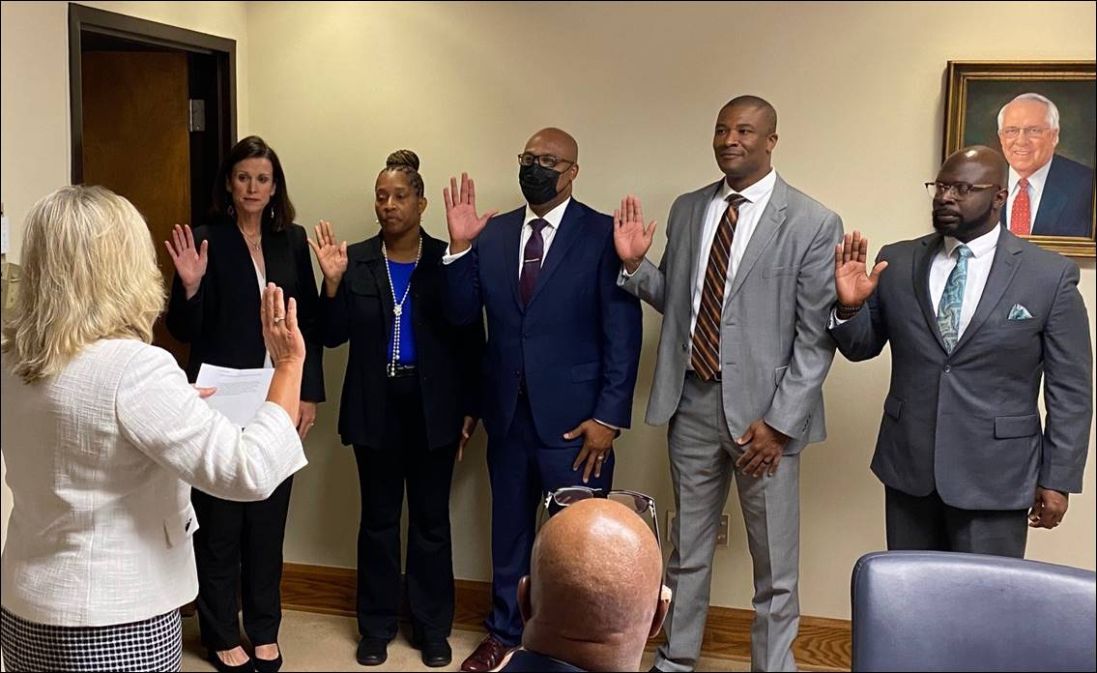 MONTGOMERY — The Alabama High School Athletic Association Central Board of Control approved returning $2.1 million to its member schools under its Revenue Sharing Plan Wednesday at its annual summer Central Board meeting held at the AHSAA office. Including the $1.7 million distributed last May for the 2019-20 school year, which had been put on hold during the COVID-19 Pandemic, the AHSAA revenue share will total a record $3.8 million for member schools this year once the 2020-21 distribution is completed this fall. 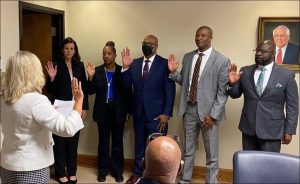 “This is can be directly attributed to the strong leadership of the Central Board and Mr. Steve Savarese,” said AHSAA Executive Director Alvin Briggs, who replaced Savarese as executive director on July 1. Savarese retired as the AHSAA’s fourth full-time executive director after 14 years as the association’s leader. Kim Vickers also attended her first Central Board meeting after being promoted to Associate Executive Director.

“Considering all the challenges our schools had concerning COVID as well as attendance restrictions for the fall and winter sports championships, this is a remarkable achievement and big boost to our member schools financially.”

The action was taken Wednesday at its annual summer meeting in Montgomery.

The Central Board also voted to reinstate all rules and regulations regarding contest forfeiture that were in place prior to the 2020-21 school year.  Last year, schools were not assessed fines or penalties if school superintendents determined teams could not play a contest due to COVID concerns.

“We will be moving back to normalcy this year,” said Central Board president Van Phillips, principal at Center Point High School in Jefferson County. However, the AHSAA will continue to work closely with the Alabama Department of Public Health and the Alabama State Department of Education and ask member schools to continue the health and safety guidelines they have in place and to follow any local health and safety ordinances that might be in place.

“We have a very diverse Central Board,” said Briggs. “It includes six school superintendents, four principals, three coaches, one assistant principal, and one representative from the State Department of Education.  We are very blessed.”

The Revenue Share Plan, approved first by the Central Board in 2009, will have returned $19.2 million overall to its member schools once the current allocation is distributed. The plan returns excess funds back to the schools when the AHSAA has at least one year’s working capital in reserve.

In other Central Board action, it approved sports’ committee recommendations for track to keep the indoor track format used last winter running the state meet competition for each classification in separate sessions. It also approved the top 16 qualifiers for the state competition with qualifying times only coming from AHSAA or NFHS-approved meet competition.

In tennis, the board approved a plan to use the UTR (universal tennis ranking) to seed at the sectional and state meet. All schools will need to use the UTR throughout the 2022 season and beginning it will become mandatory for the 2022-2023 championships.

In softball, the board approved the AHSAA to set default dates for area tournament play if schools in an area cannot agree, and in soccer, the semifinal match schedule for the state championships will rotate in the future.

In other Central Board action:

• Approved the financial reports for the spring regional and state championships in soccer, softball, baseball and track.

• Approved drafts of the 2021-2022 budgets for the AHSAA and the Alabama High School Athletic Directors & Coaches Association (AHSADCA) and the 2020-2021 audits for each group.

• Heard an update report on the AHSAA hosting the NFHS Section 3 meeting at Gulf Shores in September of 2022.