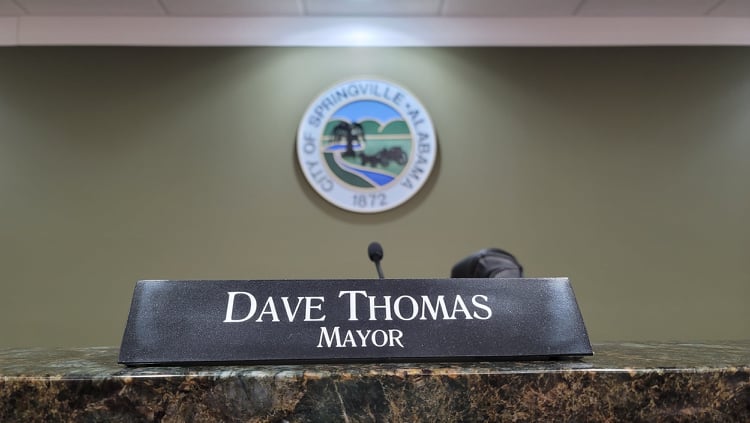 SPRINGVILLE — The city council of Springville met for the first meeting of August on Monday night August 2, with a work session prior to the meeting. 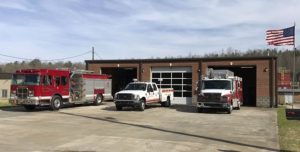 In the work session, Fire Chief Richard Harvey spoke regarding repairs to the city’s fire engines.

“On January 3, we took engine 551, that’s our newest engine, to the shop because we were having an oil issue. We ended up having to rebuild the motor,” said Harvey. “Because of supply issues with Cummins, we’re just now getting it back.”

“After we have any major engine work like this, one of the things we have to do is give it a pump test to make sure it will pump water,” said Harvey. “It failed the pump test.”

Harvey said the failed test was likely the result of having the truck sitting for eight months while the engine was rebuilt.

Chief Harvey asked the council to provide emergency funds to get the pump rebuilt so the truck could be returned to service. According to Harvey, repair estimates could range from $10,000 to as high as $20,000.

“I say I want to do this as an emergency because, right now, we’re down to two trucks,” said Harvey. Engine 553 was taken in for antifreeze leaks earlier in the day. The repairs were approved as part of the consent agenda later in the regular meeting.

In the regular meeting, Planning and Zoning Director Maranda Nolen spoke on a proposed amendment to zoning ordinances for R-3 single family and mobile home districts. The amendment was written to address lot sizes specifically to address concerns with owners subdividing lots and increasing the housing density in neighborhoods.

According to Nolen, the amendment to ordinance 2011-12 will change the minimum width of R-3 lots to 80 feet. The amendment will also change the use of lots for tiny houses—specified as homes under 400 square feet—to be permitted by special exception. The amendment was approved.

Nolen also asked for two properties, 45 Crest Circle and 225 Camp Road, to be declared public nuisances so the city could take action on weed abatement on the two properties. The council approved ordinances for both properties.

Tammy Spires, from the Springville Preservation Society, requested permission to begin a contest to write a new city motto for Springville. She said a contest was held in the 1950s and a local resident won by submitting the slogan “Springville. A great place to stop, shop or flop.”

Spires hopes a local contest for a new motto will increase traffic in downtown businesses by encouraging people to submit ideas at local shops with the hopes of winning gifts from the shops.

To close the meeting, Mayor Dave Thomas addressed a request from city employees, especially workers in city courts, who were concerned about the spread of COVID-19 in the state.

“They request masks to be worn,” said Thomas. “We have plenty of masks available. We will have appropriate signage on the outside of the building encouraging people to mask up, especially if they are coughing.:

Thomas is asking for people to wear masks out of consideration for employees due to the high volume of cases in the city court but he stopped short of mandating masks.

“I am not willing to go as far as mandating masks,” said Thomas. “I will ask the public to please be considerate of our employees and their concerns and we will have those masks available.”

“Just be considerate. I’m not mandating. I would request it.” Thomas said. “If it comes to the point where the council feels like we’re going to have to mandate masks then we’ll just go back to virtual meetings because, as far as I’m concerned, that’s an overreach.”