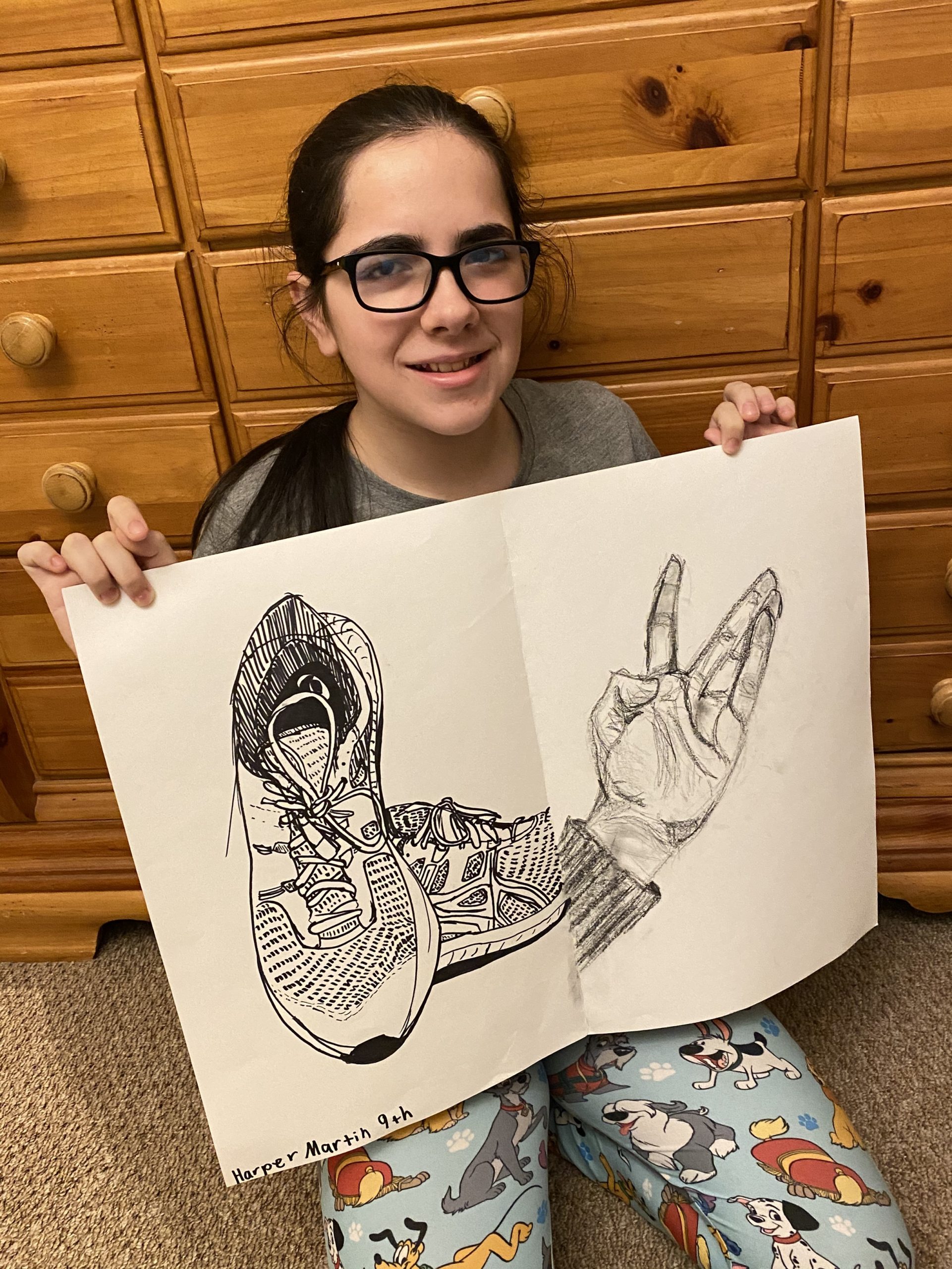 Harper Martin holds two drawings she had to complete during the interview process for the Alabama School of Fine Arts. 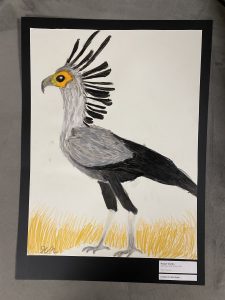 Her mother, Shannon, said she had no idea how talented her daughter was until March 0f 2020 when she won a district-wide art competition.

“We had no clue until then,” said Shannon Martin. “We knew she liked to draw, we knew that it was an interest but we had no idea that she was that good and could win something like that.”

After the huge honor, Harper began the application process to ASFA. She had to complete a written essay and submit 24 pieces of original art.

“Harper chose to be a virtual student during the pandemic and this allowed her time to work on the original art pieces,” said Shannon Martin. “She was lucky to have assistance virtually from her art teacher at HTMS, Kristen Meriam, as well as a former student of ASFA, Celeste Pfau, as her tutor. Celeste is a well-known Birmingham-based artist.”

Shannon Martin said Harper had a virtual interview on March 13. She was able to listen in on the call and was amazed by her usually introverted daughter.

“She kind of stepped out of her comfort zone and did this,” Shannon Martin said. “I could hear her in the interview process. And just how confident and how spot-on her answers were, I was just amazed. It was kind of like she came to life and I think that was because she was talking about something that she’s passionate about. I’m just so happy that we found that thing that she is passionate about and that she is going to be able to explore that at ASFA.” 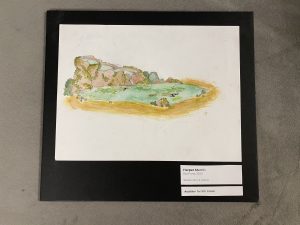 Part of the virtual interview included drawing a pair of shoes with laces in 30 minutes and drawing her hand in 15 minutes.

“We were instructed to tilt her computer as she worked on her assignments and then take a picture and send it in,” Shannon Martin explained. “On March 15 we found out she had been accepted. Harper was so excited!”

Harper Martin will begin at ASFA on Aug. 9.

ABOUT THE ALABAMA SCHOOL OF FINE ARTS – VISUAL ARTS

ASFA Visual Arts students engage in studio work in painting, sculpture, printmaking, filmmaking, photography, drawing, and art history. Each artist has access to community studio space where they can work alongside their peers. The first floor Vulcan Materials Gallery provides students the opportunity to view a variety of rotating exhibits, interact with visiting artists, participate in regular critiques, and as seniors curate their own work in a required senior exhibition.

The mission of the Visual Arts Department is to inspire and cultivate student creativity while providing dynamic instruction by professional studio artists who are accomplished and currently working in their field. Students learn creative problem solving and craftsmanship as they explore traditional and untraditional materials and techniques. Art Department Chair Darius Hill has recently installed a commissioned sculpture at the Birmingham Museum of Art and participates in numerous regional exhibitions. Faculty includes Anne Herbert, who recently participated in juried exhibitions at the South Eastern College Art Conference as well as national exhibitions; Cumbee Tyndal, who has worked in several prominent Manhattan galleries such as Michael Werner and Pamela Auchincloss, and Randy Gachet, who has received numerous honors and awards such as an Alabama State Council artists grant and a fellowship from the Surdna Foundation.

ASFA Visual Arts students have received many honors for their work such as Best in Show – 2018 Alabama Student Juried Art Exhibition, Gold Medal in the National Scholastic Art Competition, and first place in the Magic City Art Connection High School Sculpture Competition. The visual art student body is proud to be represented by a 2019 U.S. Presidential Scholar, receiving one of the most prestigious academic awards for high school graduates.