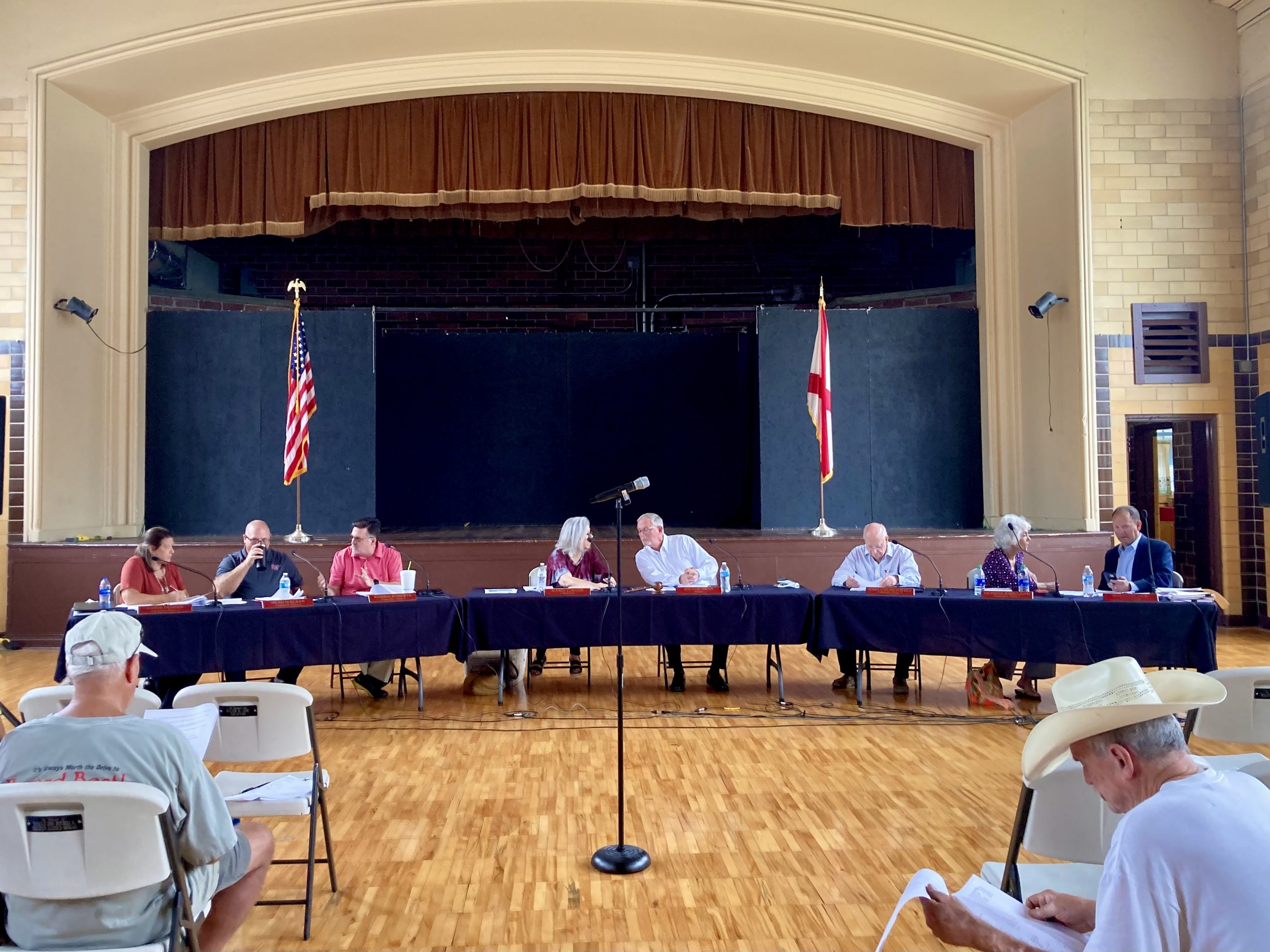 PINSON – The Pinson City Council has held several discussions since June regarding a potential new policy that would permit alcohol at certain city-owned facilities that are available for rent. 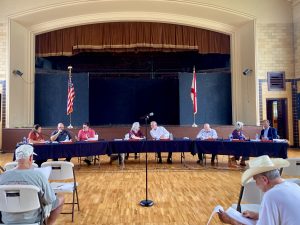 The original proposal was for a policy that would allow alcohol at events such as weddings, receptions and business parties held at the Rock School auditorium and events room, as well as the Pinson Community Center. The policy would state that only city-approved alcohol vendors would be allowed to serve alcohol, and individuals would not be allowed to bring their own alcohol to the facilities. Additionally, anyone who wanted alcohol served at an event would have to pay for city-approved deputies to be present.

At the Aug. 5, 2021, meeting of the Pinson City Council at the Palmerdale Homestead Community Center, Councilor Robbie Roberts asked if anyone came to speak regarding feedback on the policy.

Mayor Joe Cochran said that he had received a phone call from a resident who could not attend the meeting but wanted to be represented.

“She gave me a call and said, as it pertains to the community center, she was adamantly opposed to it,” Cochran said. “I told her (that) her voice would be heard. So, I think the consensus for that particular building is probably not a great case.”

Roberts said he has not received any positive feedback since the city started discussing the policy. As a result, he began to look into what policies neighboring cities had.

“I reached out to Clay and asked them,” he said. “They still have a ‘No Alcohol’ policy for their facilities. … I really wish we could have a policy that matches up with our neighboring communities.”

Cochran said his inclination is to take the community center off the table, but still consider the policy for the Rock School auditorium and events room.

One resident who spoke during public comments said that he is in favor of the alcohol policy.

“I think as long as people do it within reason, it’s no problem,” he said. “I’m good with having it anywhere and everywhere as long as we provide police.”

“I just want to thank everyone for taking the alcohol business off of the agenda, because it was in my front yard,” she said.

A resolution concerning premium pay for city of Pinson employees through Covid relief funds failed to pass when the motion was not seconded.

“The new monies that are coming through the federal recovery act allows us to pay premium pay to our employees for the work that they are doing, especially in a pandemic moving forward,” Cochran said. “That resolution laid out that we pay full-time employees $1,500, permanent part-time employees $1,000, and seasonal employees $500 in premium pay.”

Cochran said he believes the motion, offered by Councilor Dawn Tanner, failed to receive a second due to council members still having questions about the resolution.

“It’s not because any of us really disagree with that; it’s because we haven’t had time to even discuss it,” Councilor John Churchwell said. “There has not been any discussion on it, so we need to know what’s going on first before we vote on something.”

Councilors Robbie Roberts, Brad Walker and Glenda Kirkland gave other reasons for not seconding the motion.

“I think it’s premature right now because we need to be looking at everything that we need to be doing and I hated for the employees to be first to tap into the funds,” Roberts said. “I’ve gotten a lot of negative feedback from the public … it looks bad, I think … and since we have limited funds, I want to make sure that we can try to find something that can benefit the most people in the community.”

Each of the councilors stated that their decision in no way negatively reflects the city’s employees or their performance during the pandemic.

Kirkland said that her decision was, in part, based on the knowledge that Pinson city employees did not lose income as a result of the pandemic.

“The way I look at it is – I checked – none of our employees lost any pay, not one dime,” she said. “Some of them got to work from home, but they got paid so they were not impacted. I think if we’re going to get the money out, we need to do something for the citizens that were impacted. The citizens, they still shopped here and spent their money and paid sales tax … and even if it’s $100, we need to do something for the citizens.”

The next meeting of the Pinson City Council will be Thursday, Aug. 19, 2021, at Pinson City Hall. Pre-council begins at 6:15 p.m. and the regular council meeting begins at 7 p.m.