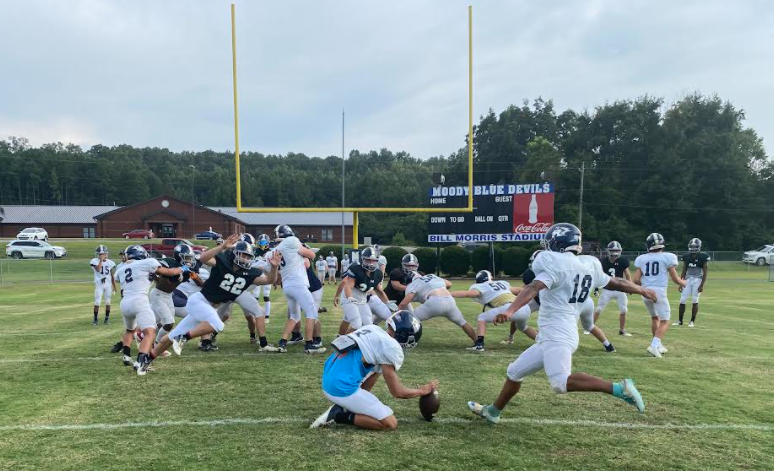 This is an opinion column.

Football season can’t come soon enough. That’s the truth of it. I’ve seen practices — or portions of them, at least — from all seven teams in The Tribune’s coverage area, and here’s the one thing I see more than anything else: These kids are ready to hit anyone else besides one another. 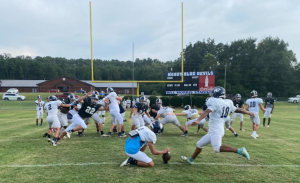 This season has the potential to be a game-changer, if you’ll excuse the cliche’. After going 7-4 last year with a young team, George Bates enters his fourth year at the helm of the Center Point Eagles, and it could be a turning point.

Bates and his assistants have done more than that. They’ve changed the culture for the Eagles, who were on a 0-25 streak from 2015-2017. Bates came into Center Point and turned around a flagging Eagles program. Now Center Point wants to take the next steps forward: win the region and host a playoff game at Bowman Field.

To do that, the Eagles are going to have to exorcise a demon from 2020, when region foe Leeds came from 14 points down in the second half to win 17-14 in an absolute heartbreaker. Not only did Center Point give up the go-ahead touchdown on a ricochet reception from the Green Wave offense, but the Eagles had three scores called back on penalties.

Leeds and Center Point have a rematch scheduled on October 1, and you know the explosive Eagles have that one circled on their calendar.

The Blue Devils have one of the tougher schedules to open the season in our coverage area. Three of their first five games are on the road, with one of those scheduled against Region 6 foe Leeds. Things don’t get any easier the next week, either, as Moody hosts Center Point at Bill Morris Stadium.

Last season was a tough one for the Blue Devils, and there are no two ways about that. The team transitioned into a new region, going from 5A Region 5 to 5A Region 6. Head coach Adam Wallace, entering his fourth season leading his alma mater, said he hopes that the experiences from 2020’s 0-10 campaign will pay off with a more veteran squad.

“We were young last year, and hopefully our guys have learned their lessons from last season,” Wallace told me at practice on Monday. The Blue Devils’ o-line looked tough, and their special teams work looked very consistent as well, which could be the difference if Moody can keep it close against favored opponents.

I’m not in the business of prognosticating (and there are certain coaches who might call this “rat poison”) but when you look at what the Huskies are bringing back, it’s hard not to be optimistic about their chances in 7A Region 3.

Hewitt-Trussville went 9-3 in 2020 and finished third in the region. But those three losses are a little misleading. Two of them were to eventual state champion and region foe Thompson. The other was to Hoover.

Look at the level of talent that the Huskies are returning on both sides of the ball. Eight offensive starters return, as do six defensive starters. It’s way too early to toss around the term “loaded,” but when you have Omari Kelly, Jordan McCants and Cade Carruth on the offensive side of the ball, and Justice Finkley and Hunter Osborne on the defensive line, plus a defensive backfield anchored by three experienced seniors?

The Huskies are gonna be good again, folks. Will they be good enough to overcome road games against Thompson and Hoover? Well, that’s why they play the games.