BIRMINGHAM — Jefferson County Coroner William Yates is asking for help in locating the families of two men who recently died. 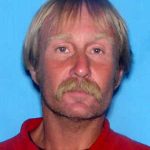 So far, all attempts to locate the family of John Freeman Broyles, 60, of Warrior have failed. Broyles was found unresponsive on the 10 block of Helen Street in Warrior on August 6. Yates said that Broyles ‘… has lived in the Birmingham area since 2004, but previously lived in Redding, California, San Pedro, California, Los Angeles, Fort Lauderdale, Florida, Pompano Beach, Florida, Oakland Park, Florida, and Biloxi, Mississippi.” He died of natural causes.

Authorities are also searching for a next of kin for Tony Michael Ceraso, 50, of Birmingham. Ceraso was found unresponsive laying on the ground in a wooded area near the intersection of University Blvd and 25th Street South. A cause of death has not been determined yet. 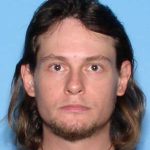 Yates requests that if you are family or if you have knowledge of family for either of these men, please call the Jefferson County Coroner/Medical Examiner’s Office at 205-930-3603.