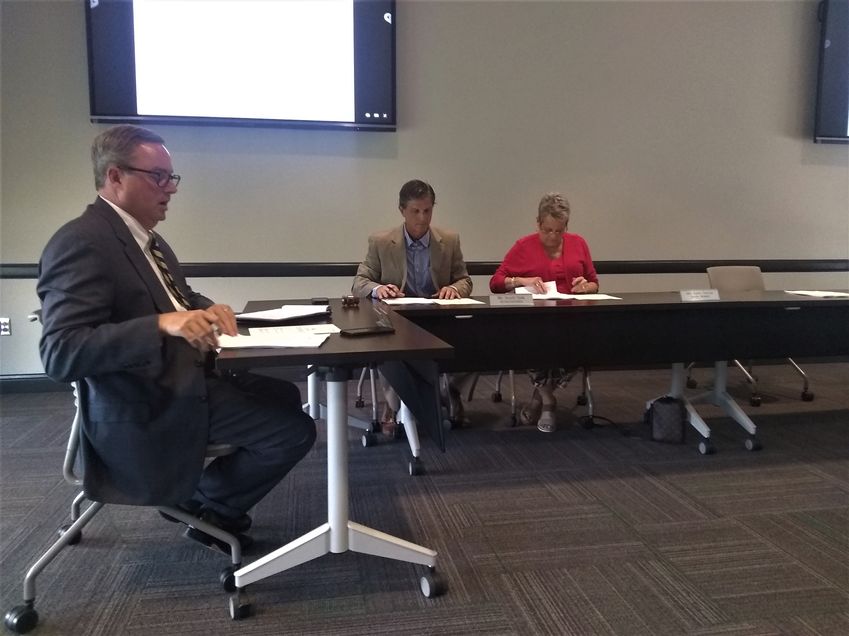 Leeds Board of Education discusses reopening protocol at meeting

LEEDS – Wednesday, Aug. 11, marked the first day of school for students in Leeds, and just like other school systems, there was a protocol for reopening during the COVID-19 pandemic. 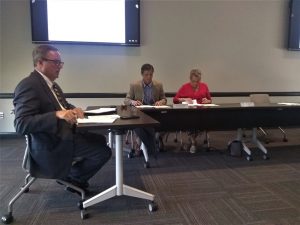 At the start of the meeting, Chief School Financial Officer Ryan Miller gave his regular report, saying that the system is at 78% of its general fund revenue and at 92.08% of the local revenue, up 1.91% from 2020. Expenditures were 68.65% of a target of 75%. There was an excess of revenue over expenditures of $1.5 million and an unreserved fund balance of $3.7 million.

Following this was a discussion on the reopening. Superintendent John Moore said that he was advised that the threshold for an outbreak of COVID would be 5% or so to warrant shutting things down for cleaning and other precautions, compared to an outbreak of the flu that would be 10%.

Although masks are not required indoors, they are asked to do so. Masks will be required for boarding buses in conformity with the federal mandate.

If a student or staff member contracts the virus they will be required to quarantine for 10 days at home and close contacts such as parents and other relatives will be advised. Moore said that staff will watch out for signs of symptoms.

Enrollment is 2,058 students, Moore reported in his later comments, compared to 1,951 last year. 41 students so far are enrolled in virtual school.

After renewing several contacts with programs for special needs students, the discussion turned to a bond transaction. Moore said that the system should receive an estimated $325,000 for the sale, upfront.

The board then approved opening a line of credit with Millennial Bank in which the system will not have to pay any fees if it is not used. Moore said that it would be useful in case funds are needed in a short time span.

During his comments, Moore told the board that they are converting a 21st Century grant to be used for an after-school care program for kids in grades K-5. However, the grant did not cover pre-kindergarten children so parents will need to pay a fee of $50 per week.

Moore reported that the school nurse is working to get vaccines for students of ages 12 to 18 with Walgreens after the previous provider notified him and said that they were not able to give out the vaccine due to being short-staffed.

Moore also spoke on the need for school bus drivers. Anyone interested in bus driving jobs is asked to email Lee Gibson at lgibson@leedsk12.org or call the office at 205-699-5437. The position would offer $15,000 per year for 184 days with all of the state benefits, Moore said.

Meetings are held at the Leeds City Board of Education Building located at 1517 Hurst Ave.