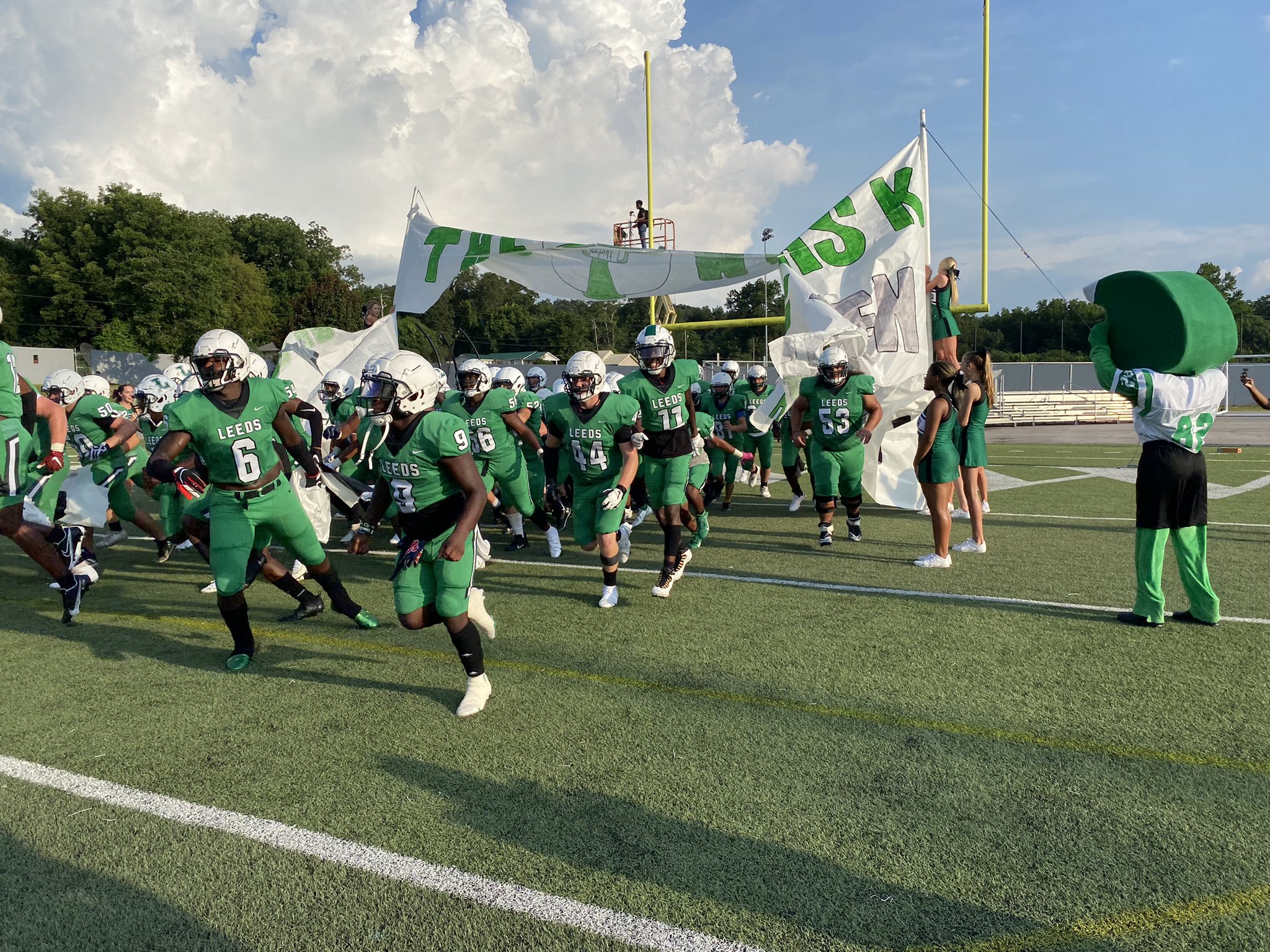 LEEDS — Things got off to a rocky start here for the Green Wave on Thursday night, August 12, 2021. In their first possession of the game, the offense looked shaky and Leeds was forced to punt. 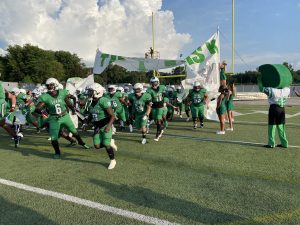 That’s when a Helena defender broke through the line and blocked the kick, taking over at the Leeds three-yard line.

From there, it only took Huskies running back Gordon Washington one carry to hit pay dirt. After a missed PAT, the score was 6-0, and after that initial score Helena would never trail. For the rest of the quarter, it seemed nothing could go right for the Green Wave. The positive, Leeds coach Jerry Hood said, was that the team got reps in a real game situation.

“We’re gonna watch the film, but I can already tell you that for the first quarter, we played like crap,” he said. “The good thing is that we saw a real game situation against a very talented 6A team. But we did not play great. Sometimes we’re dumb.”

A 20-yard swing pass from quarterback Jarod Latta to receiver Josh Ruff was called back on a hold and essentially killed the next Leeds drive. Disaster struck on fourth down again as a bad snap led to a safety. Suddenly Helena was off to the races. Washington scored again when a Leeds player got kicked out of position and raced through the guts of the defense and scored on a 45-yard run. This time Matthew Blocker’s kick was good, and Helena led 15-0.

Latta then hit Josh Ruff twice in a row, first for a critical first down and then for a 59-yard touchdown pass to put six on the board for the Green Wave. A missed PAT made it 15-6.

Helena’s Hunter Hale had a 48-yard touchdown catch erased by a penalty, and then the Leeds defense tightened up, ending the Huskies’ drive with a sack by middle linebacker John Larson. Once the Green Wave got the ball back, Latta hit Ruff again, this time as he was flushed out of the pocket, connecting on a 47-yard gain deep into Helena territory. After giving up a sack, Leeds attempted a field goal, but it was no good.

After another defensive stop, including a 12-yard sack by Tucker Summers, senior running back Remetrius Yelverton powered the ball across the goal line for another Leeds score. With the PAT, that made it 15-13 about halfway through the second quarter.

Junior defensive back C.J. Douglas got things popping for the defense again when he went up with a big hit on Helena’s Hale, who lay on the field for a few moments to gather himself before being helped to his feet by his teammates. The defense forced a punt with 35 seconds to go in the half, and Douglas came off the edge to get a hand on the ball.

Taking possession at the Helena 48, the Green Wave had just under half a minute. Unfortunately, the line gave up a sack, and that took most of the starch out of Leeds. Halfway through the third quarter, the coaches inserted junior varsity players, and Helena would rack up another rushing touchdown and a 2-point conversion to make it a 23-13 final.