Opinion: Evaluating the status of race for Shelby’s seat

Editor’s note: This is an opinion column and reflects the views of the author and not necessarily The Trussville Tribune staff.

The field may be set for the race to fill the seat of our iconic senior U.S. Senator, Richard Shelby. When Senator Shelby announced that he would not seek a seventh six-year term in the United States Senate earlier this year, many of us expected a stampede of candidates to throw their hats in the ring. When a U.S. Senate seat opens for the first time in 36 years, you might expect everybody who had ever won a 4-H speaking contest to enter the fray. However, I guess politics does not have quite the allure that it used to in bygone days. 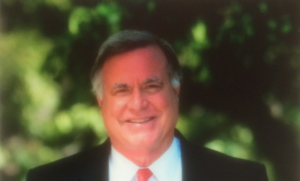 The election will be held May 24, 2022. I say election rather than Republican Primary because a Democrat cannot win in a statewide race in Alabama. Winning the GOP Primary is tantamount to election in the Heart of Dixie.

The four GOP candidates are Huntsville Congressman Mo Brooks, 67, former Trump ambassador to Slovenia Lynda Blanchard, 62, former Shelby chief of staff and more currently Business Council of Alabama CEO, Katie Britt, 39, and finally Jessica Taylor who is only 37. Allow me to outline the attributes and foibles of all four. However, their order of description does not indicate my preference or their likelihood of winning.

You may have noticed that beside all four names I have acknowledged their chronological age on earth. This is important because seniority is not only important but is paramount in the pursuit of power and the ability to be an effective broker for Alabama along the Potomac. Obviously, the younger you are the more likely that you have the potential to be an effective senator for Alabama because time in Washington equates into seniority, which results in power for our state.

If someone had told Shelby when he entered the Senate 36 years ago in 1986, that the race to be his successor would field four major candidates and three of them would be ladies, he would have been dubious. Speaking of Shelby and his successor, it is no secret that the fine senior gentleman senator from Tuscaloosa would like to see his former chief of staff, Katie Boyd Britt, follow him in the U.S. Senate. Those of us who have followed young Katie Boyd Britt since she was a girl growing up in Enterprise, knew she had potential governor or U.S. senator written all over her from the get-go.

Katie was miss everything in Enterprise. She was governor of Girls State, went on to the University of Alabama where she was President of the Student Government, went on to graduate from University of Alabama Law School. She went to work for Shelby, then practiced law for awhile and then became CEO of the Business Council of Alabama. She is married to Wesley Britt a former Alabama football star from Cullman. They have two children and reside in Montgomery. Katie will be the moderate pro-business, Shelby–like Republican in the race. She raised a record breaking $2.4 million in her first month in the race.

Jessica Taylor is a strikingly attractive, aggressive and vivacious firebrand conservative. She ran a respectable third in the race for the open 2nd congressional seat last year. She may be hampered by an inability to compete with the other three in campaign funds.

Lynda Blanchard, 62, is from Montgomery. She is indeed a lifetime resident of Montgomery except for three years as ambassador to Slovenia. She is a quiet, well spoken, sincere lady who would be a good senator. Undoubtedly, she has been successful in business. She has contributed over $5 million to her campaign.

Congressman Mo Brooks enters the race as the frontrunner. Mo has staked out the conservative right wing of this GOP race, which probably constitutes the majority of primary voters in Alabama. He quite deserves his label as the most conservative. He would more than likely be one of the most conservative senators in Washington if elected as our next senator. He has been a diligent right-winger during his entire 40-year career in politics. His 10 years of being the congressman for the Tennessee Valley has proven that he is more interested in being on Fox News than bringing home the bacon for Alabama. He will proudly proclaim that he will be a United States senator and not a senator for Alabama.

He has been totally ineffective during his time in Congress and would be ineffective for the entire state. In fact, if elected, he would be an albatross. However, having Trump’s total endorsement, Mo Brooks enters the race as the favorite.

Steve Flowers is Alabama’s leading political columnist. His weekly column appears in over 60 Alabama newspapers. He served 16 years in the state legislature. Steve may be reached at: www.steveflowers.us.