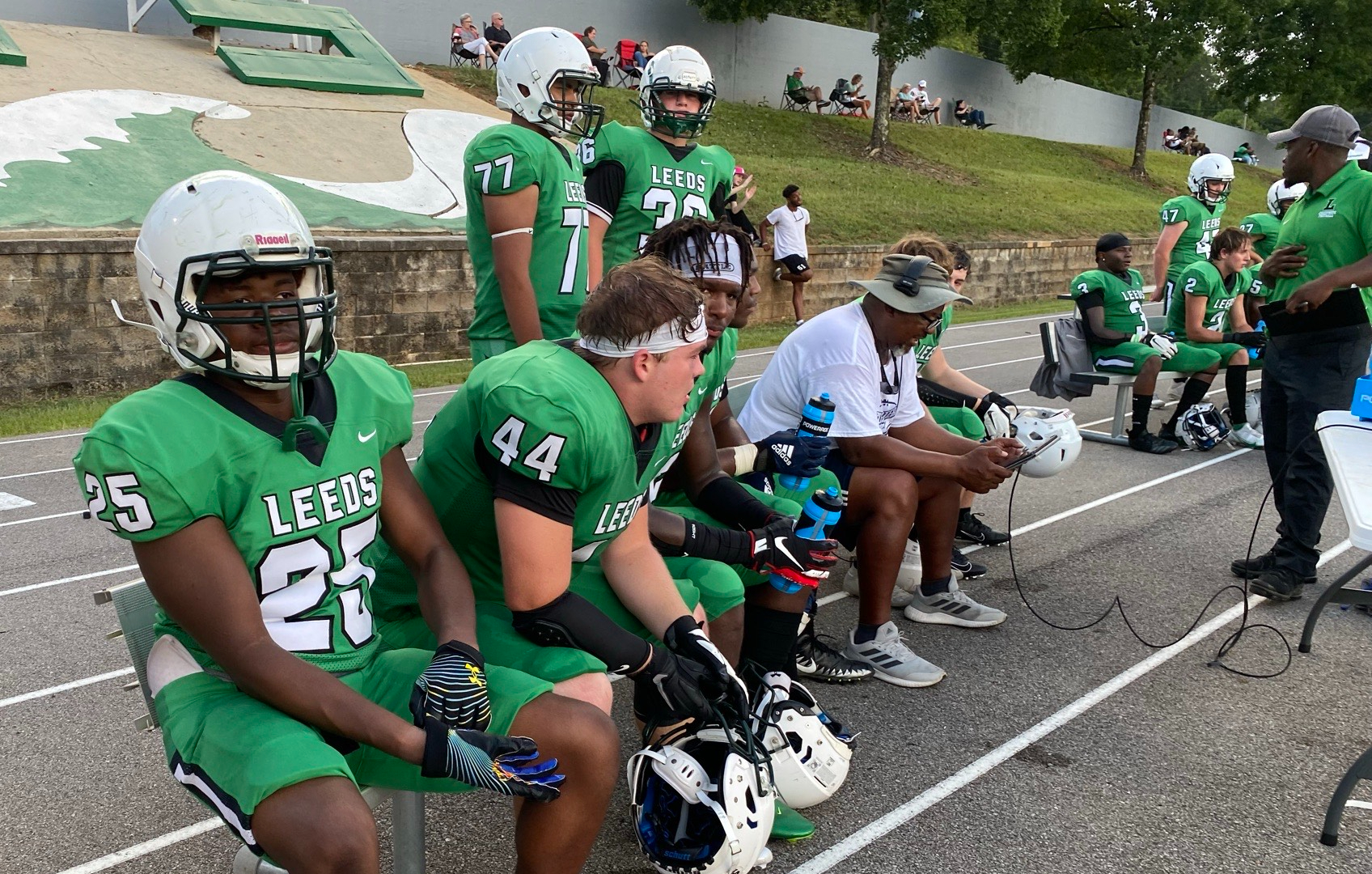 LEEDS — A new coach doesn’t necessarily mean that Leeds foe Sylacauga has changed that much. The Green Wave takes on the Aggies here Friday night at 7 p.m. at Homer Smiles Field. 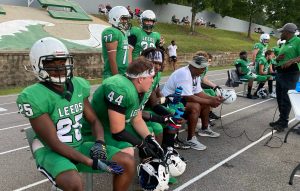 Sylacauga’s Rob Carter is in his first year at the helm, and Green Wave head coach Jerry Hood says Carter’s teams are always tough. He was able to watch the Aggies’ Spring game, and came away impressed with what he saw.

“Rob’s a fine coach,” Hood said. “They bring back some talented athletes from last year, and Sylacauga is always tough. They have good size, and they’re really physical.”

The Aggies will rely on Kyran Hughes, a 5-feet, 9-inch, 235-pound senior to pound the rock. Also dangerous from the backfield will be J-quon Brownfield at 5-feet, 10 inches and 205 pounds. While those bruisers work between the tackles, the athletic senior Tavares Lauderdale will give the Aggies a change of pace.

“They’re a quality ball club,” Hood said. “They pretty much look like what you’d expect Sylacauga to look like.”

The Green Wave will rely on Kavion Henderson and Tucker Summers on the defensive line. Summers played well in Leeds’ preseason loss to Helena in what Hood characterized as his first real varsity start.

“We like our defensive line, but they have to play better than last Thursday,” Hood said. “Our ability to tackle those big runners is going to be key.

Sylacauga ran the ball by committee in the Spring, using Jeremy Odem and Maleek Pope to spell in the backfield as well.

If the preseason game against Helena showed any surprises, it was linebacker Jonathan Douglas. Hood characterized Douglas’ play as “outstanding” against the Huskies.

Jarod Latta will again look for Josh Huff, among others, to move the ball for the Green Wave. While Latta had 207 yards passing in the preseason game, Hood said he expects his quarterback to do more as the season progresses.

“I didn’t think he had his best game by far,” Hood said. “He had lots of of yards, but I think as a three-year starter now, we want him to play more consistently.”

And speaking of consistency: Receiver Josh Huff has the speed and agility to get open, as evidenced by his 143 yards receiving against Helena. But Huff needs to play every down with that same consistency to be effective for the Green Wave.

“He was great in spots,” Hood said. “When he’s right on, when he’s playing how he’s supposed to be, he can make a difference.”

C.J. Douglas will move around the field a great deal for Leeds. Nominally a safety, Hood said Douglas will also play linebacker and appear as an offensive weapon, too.

“He’s an explosive athlete, and we put him at safety, outside linebacker,” Hood said. “He kind of roams all over the field. CJ is a great kid. He’s the kind of kid you can hang a program on.”