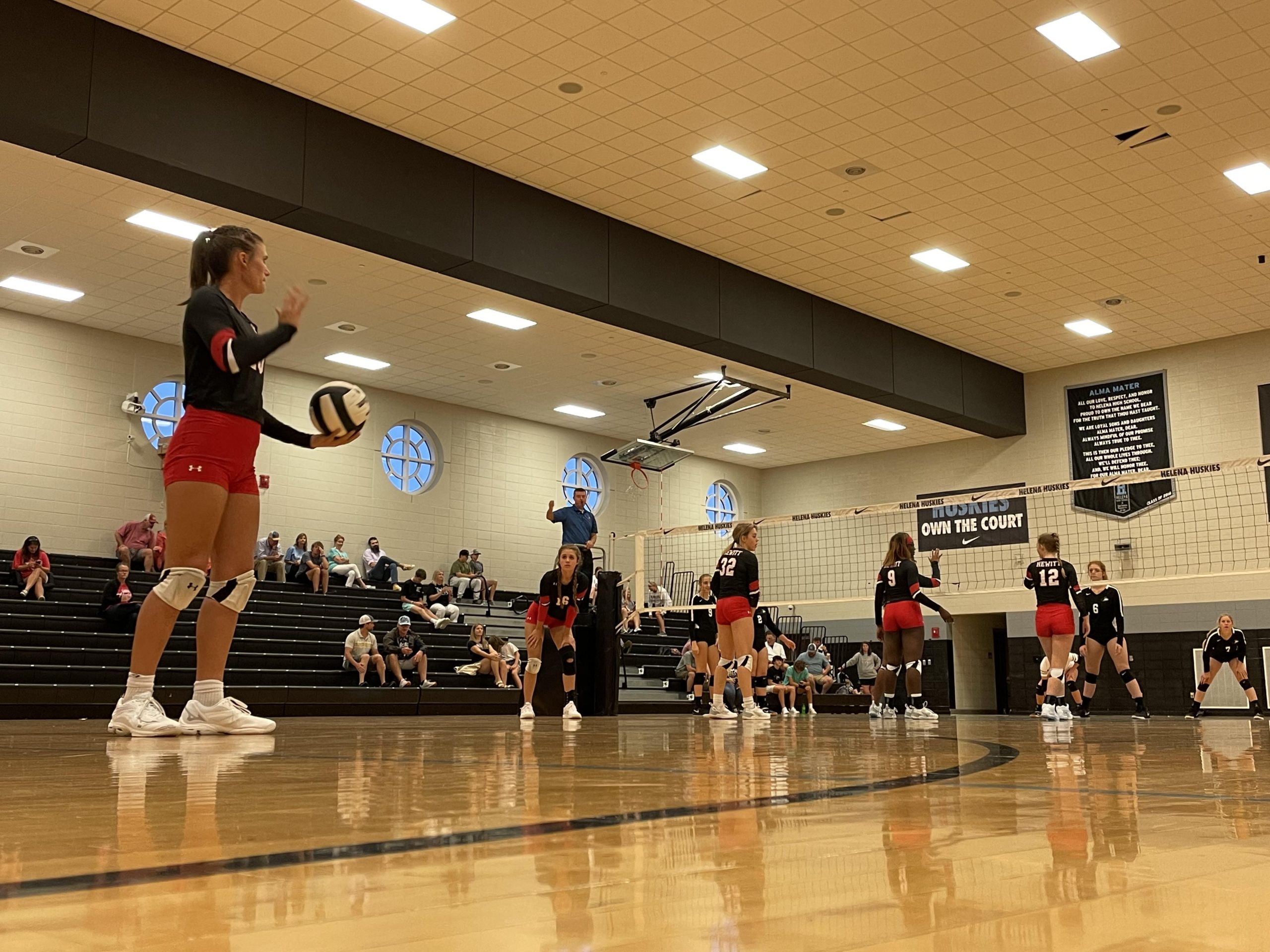 Hewitt-Trussville dropped their first match of the 2021 season 3-0 to Helena. (Photo by Bobby Mathews)

HELENA — Hewitt-Trussville dropped three straight games to lose their opening match of the 2021 season to Helena High School in a battle of Huskies here Thursday night. Helena won 25-15, 25-22 and 25-19. 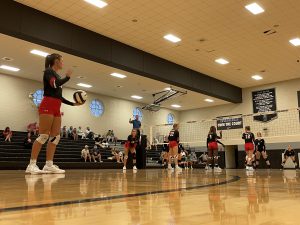 Hewitt-Trussville dropped their first match of the 2021 season 3-0 to Helena. (Photo by Bobby Mathews)

The players from Trussville never seemed to get a good rhythm, thanks in part to a young Helena team that pressed the H-T squad constantly.

“I feel like we accomplished what we wanted to do,” said Helena coach Amanda Lewis, who played for Hewitt-Trussville coach Jackie Cox back in her playing days at the University of West Alabama. “We didn’t want to let them get set or get into a good rhythm.”

Hewitt-Trussville trailed the entire way in the first game, as Helena broke out to a 5-0 lead and never looked back. The Huskies were able to break their opponents’ momentum a couple of times, pulling to 8-7 at one point until Helena went up 15-9 and caused Hewitt-Trussville to call a timeout.

Helena didn’t make its first real mistake until it was up 20-13, when a serve went into the net. That gave Hewitt-Trussville 14, but they would only score once more before the first game ended, 25-15.

There were bright spots for Hewitt-Trussville, though. Senior Chrischandria James has moved to outside hitter and shows big power. Junior Molly Kate Green had several strong blocks at the net, and Summer Cornelius nailed seven straight serves in the second game to pull the Huskies within two points until sailing her eighth try just a bit too long.

“I just got mad,” Cornelius said after the game. “That was really it. I kept telling myself that I could do this.”

While it was a disappointing loss, Cornelius said the team will build on it.

“We know that we have to get better offensively,” she said. “We need to get to our defensive assignments better, too.”

Hewitt-Trussville was down 18-8 in the second game when Green stepped up on the right side of the net, leaping to stop a low shot and send it spinning to the floor. She did it again after Helena re-took the serve, giving Cornelius a chance to jump serve. Despite their most consistent points of the match, Hewitt-Trussville dropped the second game 25-22.

Green had a good showing on the front line most of the night, blocking three shots in the second game and then two more in the third frame.

“I like to watch the hitter’s shoulders and their eyes,” Green said of her key to being effective defensively. “Plus, I could hear their coach calling out their sets, too.”

In the third game, Hewitt-Trussville’s squad found itself ahead for the first time all night, going ahead 1-0. But Helena scored three unanswered points to re-take the lead. They would never trail again, pushing their advantage to 10-5. With Helena up 23-16, Green stepped up to get three more points on her serve. But the comeback stalled, and the Huskies lost 25-19.

Cox said that her team showed promise, but there’s a lot for them to work on.

“We have a great group of girls,” she said. “It’s not the result we wanted, but no one blames anyone. We’re disappointed, obviously, but we have good depth, which creates the ability to have lots of different lineups. Defensively, we’ve got a lot of hustle and relentlessness, but we really have to work on better connecting with our setters and hitters.”