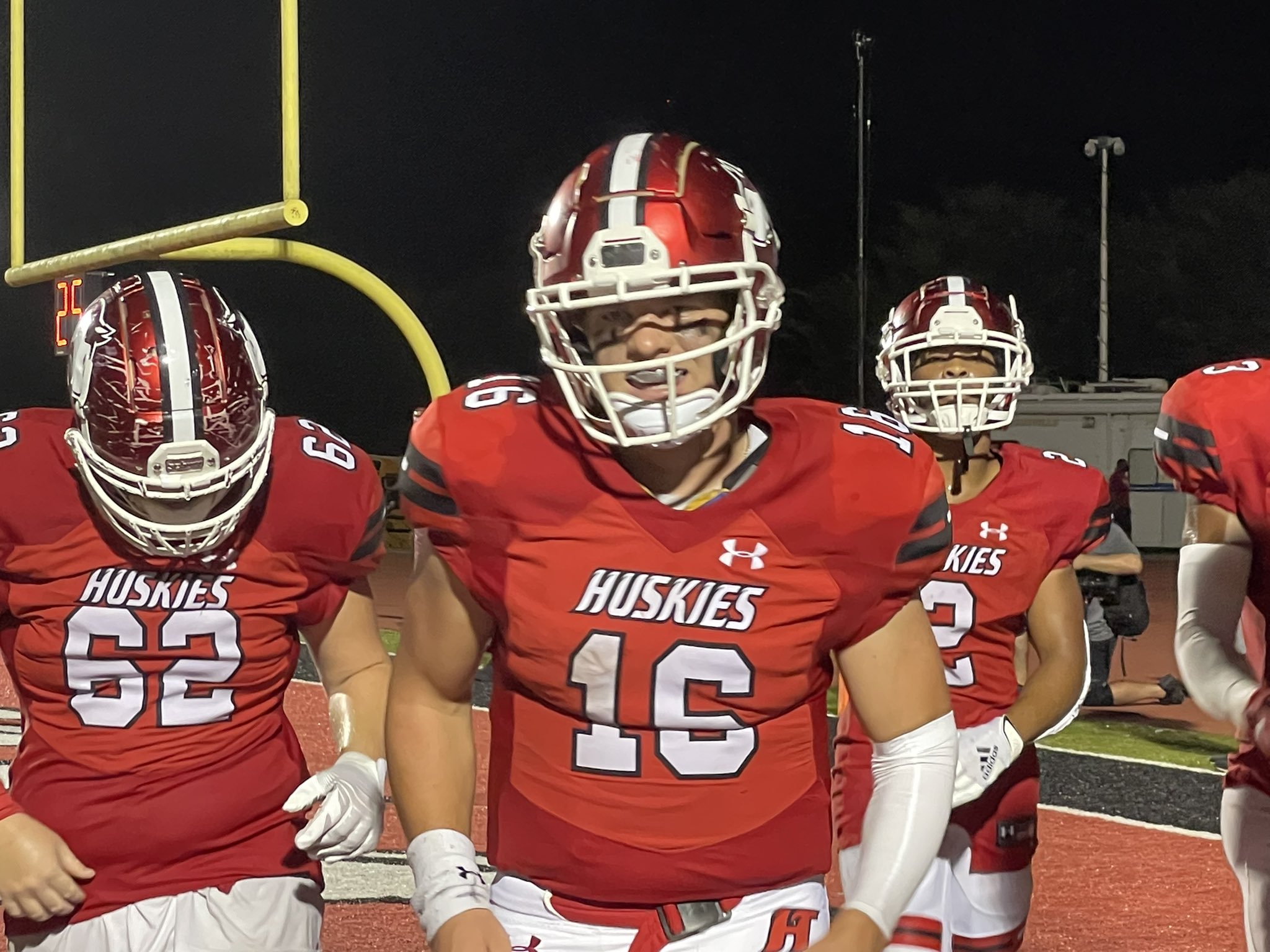 TRUSSVILLE — A 21-point burst toward the end of the first half was the difference as Hewitt-Trussville, the No. 4 7A team in the state, downed Pinson Valley, the No. 1 6A program, 49-27. 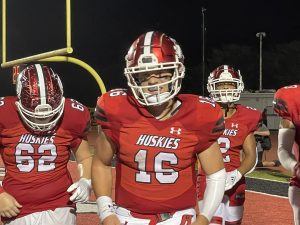 Cade Ott Carruth threw for three scores and ran for two more as the Huskies move to 1-0 on the season. The Huskies led 14-6 after Carruth hit senior wideout Jordan McCants for a 32-yard pass for a touchdown with 9:24 left in the half. After forcing Pinson Valley to punt, Hewitt-Trussville began another drive, keeping the chains moving with quick passes to Omari Kelly and timely runs by James Hammonds.

Facing a long fourth-and-two, Carruth kept the ball and shouldered forward for four yards to keep the driving going for the Huskies. He then hit Hammonds on a 41-yard touchdown pass to make the score 21-6 with nearly three-and-a-half minutes to go in the first half. Carruth went 21-for-30 through the air for 333 yards, three touchdowns and one pick.

“Cade’s a senior, so the playbook is wide open when he’s in there,” Hewitt-Trussville head coach Josh Floyd said after the game. “I loved what we did in the first half, the way we finished that first half. But we’ve got to do a better job on defense. We gave up too many big plays.”

But in that first half, the Huskies kept momentum. After Pinson Valley received a holding penalty on the kickoff return, K.J. Jackson stepped in front of a deflected Zach Pyron pass for an interception. From there, Hewitt-Trussville scored again when Carruth followed his blocks and went over the right side of the PVHS defense. With three minutes to go in the half, it was 28-6, Huskies.

After forcing Pinson Valley into another fourth-down situation, Hewitt-Trussville took the ball with time running down. Kelly went long and cleared out the right side of the defense for McCants, and the transfer from Clay-Chalkville sprinted seven yards into the end zone to score. The PAT made it 35-6.

The PVHS squad that came out in the second half didn’t seem like the same one that started the game. Pyron led Pinson Valley down the field and into the end zone with a perfect pass to Korbyn Williams for a touchdown. The PAT was good, and that score gave life to the defending 6A state champions. With 6:48 left in the third, it was 35-13, and there was no quit in Pinson Valley.

“In that first half, we had a lot of self-inflicted wounds,” said Sam Shade, Pinson Valley’s head coach. “We didn’t execute the way we were supposed to, and I think a lack of senior leadership on our defensive side hurt us.”

With the offense playing better, the Indians’ defense also stepped up. When Carruth went back to pass, BJ Diakite snatched the ball out of his hand and sprinted all the way down the field for a score. The PAT made it 35-20 for the Huskies, but it felt like the momentum had shifted in Pinson Valley’s favor.

That feeling didn’t last. The Huskies marched down the field on their next possession. No big throws, no play longer than Kelly’s 18-yard run on a drive that saw Hewitt-Trussville net five first downs and set up with first-and-goal after a hard four-yard rush from Hammonds.

On the next play, Hammonds bulled into the end zone with 38 seconds left in the third quarter, and the Huskies were up 42-20 after the PAT.

Hewitt-Trussville could never rest easy, though. After throwing a 12-yard strike to Jacoby Shade on Pinson Valley’s next possession, PVHS looked like they might falter. Instead, facing third-and-seven, Pyron rolled to his right, kept the ball, and outraced everyone for a 67-yard touchdown run.

With 8:25 left in the game, the Indians seemed like they were poised to make a move. However, the Huskies had other ideas, taking the ball and marching down the field until they were three yards from the end zone. That’s when Carruth barreled in again to shut the door on Pinson Valley with 4:45 left in the game. With the PAT, it was 49-27, and Pinson Valley couldn’t answer. The final play of the game saw Pyron throw deep for the end zone, missing his receiver by a good two feet.