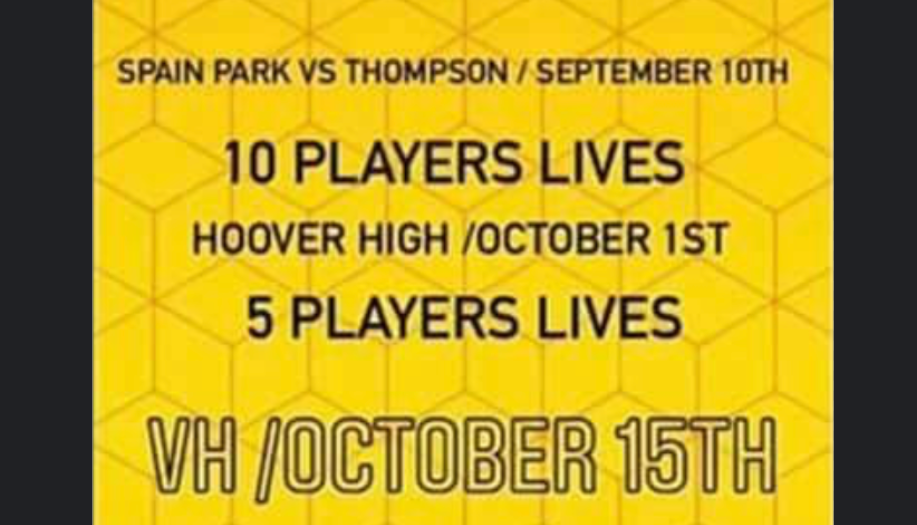 HOOVER — A Thursday night series of threats of terrorism against Hoover and Spain Park high school football teams is currently being investigated by authorities here. 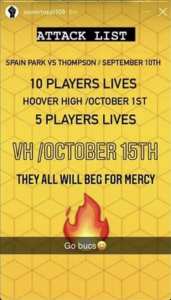 The Instagram account @powertoppl109 posted the threats online, claiming that 10 players from Spain Park would be targeted at the Thompson game on September 10; and further that five Hoover High School players would be targeted for the October 10 Hewitt-Trussville game. The platform removed the posts, but not before screenshots of the threats were captured. The threat is being taken seriously enough that Hoover City Schools Superintendent messaged parents Friday morning.

“Last night a social media threat was made against our district,” Fowler wrote. “The Hoover Police Department and our security team have been investigating through the night and believe that the threat is not imminent, and the credibility is questionable.”