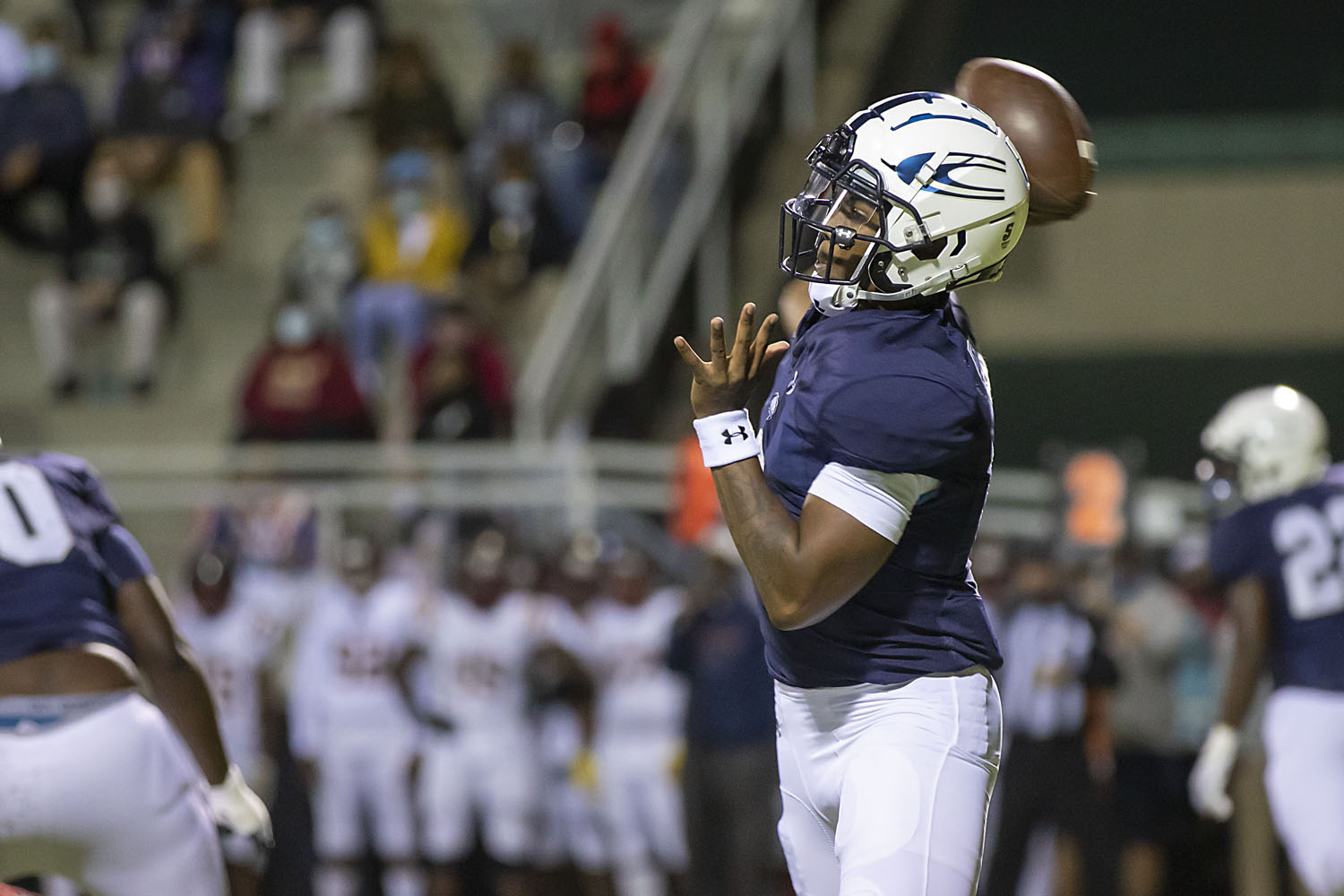 CLAY-CHALKVILLE — Clay-Chalkville started out slow, with a 7-0 lead at the end of the first quarter, but the Cougars were just getting warmed up. Clay-Chalkville blanked Shades Valley here 40-0 to open the 2021 season. 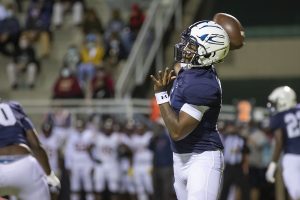 Clay-Chalkville senior running back Edward Osley came out of the gate swinging with a series of runs in the first quarter which led to a 19-yard touchdown pass from quarterback Khalib Johnson to Marquarius White to give the Cougars a 7-0 lead after the PAT. The Cougars kept the ball rolling as Shades Valley self-destructed with a series of penalties. The Cougars set up shop in Mountie territory for most of the first half, while shutting down Shades Valley on their own side of the 50.

Despite the shutout, Clay-Chalkville head coach Drew Gilmer said he’s pleased with where his team is at the beginning of the season.

“They’re coachable,” Gilmer said. “We’re hoping we can fix some of these mistakes, but the defense done a great job.”

A steady diet of Osley out of the backfield kept the Mounties on their heels. With 3:01 left in the half, the Mounties couldn’t get their man as Osley easily found the end zone again. After a Vazquez PAT, it was 14-0, and the Cougars never looked back.

Osley broke a 70-yard run with under a minute left in the half to put Clay-Chalkville up 20-0 after a missed extra point.

The combination of Johnson, Osley, Williams, Mbakwe continued to dominate the second half. Mbakwe led it off with a 34-yard kickoff return to start the quarter and then broke off a 49-yard scamper to put the Cougars in scoring position. Osley and Williams continued to move the ball a little at a time until Johnson scored on a 1-yard run to put the Cougars up 27-0 after the PAT. The D.J. Barber-led defense did not let up, forcing Shades Valley into fourth down situations, setting up Mbakwe for a 13-yard punt return. WIlliams scored from 13-yards out, carrying a slew of defenders into the end zone with him. A missed point after made the score 33-0.

A botched punt by Shades Valley to the Cougar 46 started off the 4th quarter. Sophomore Rodreckus Johnson had a 41-yard run but the drive later stalled for the Cougars. After another three-and-out by the Mounties, Rodrekus Johnson would get his moment with a solid run series and a 7-yard touchdown run ending the night 40-0.