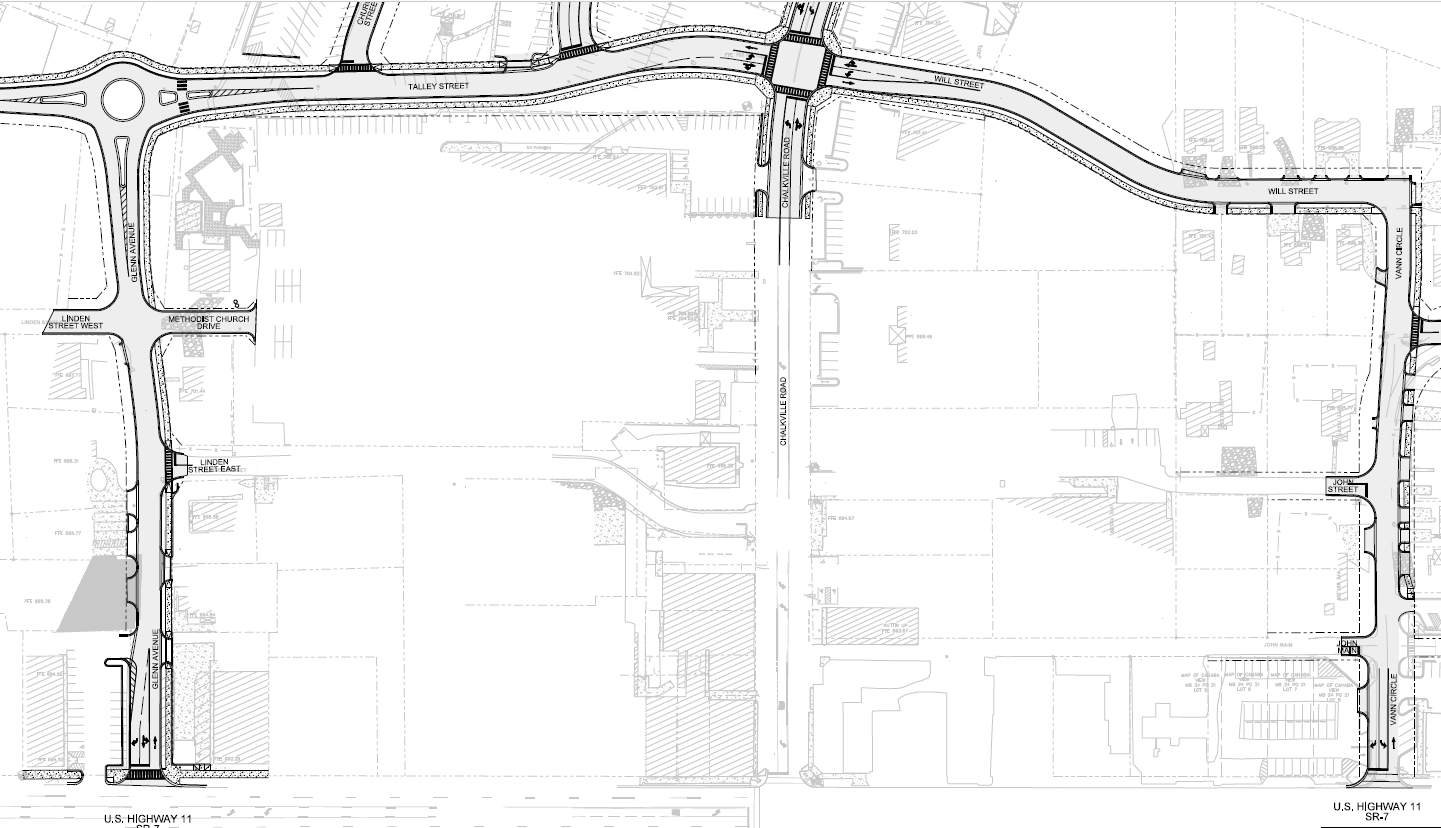 TRUSSVILLE — The Trussville City Council approved a proclamation recognizing Constitution Week, a resolution to begin legal proceedings concerning the Loop Road Project, and a resolution to approve the purchase of the former Sheepdog Firearms property, during its regular meeting on Tuesday, Aug. 24, 2021. Councilor Perry Cook was not in attendance at the meeting.

The city of Trussville closed on the purchase of a 20,000 square-foot facility off Deerfoot Parkway, on Friday, Aug. 20, 2021. The building will be used as a police training facility. The former Sheepdog Firearms, at 5900 Deerfoot Parkway, was sold to the city for $2.3 million.

On Tuesday, the council retroactively approved a resolution approving the purchase. The mayor said the council was previously made aware of the potential purchase and gave him permission to start negotiations but did not publicly discuss or vote on the move until after the closing.

The city previously hired Tillman Consultants LLC to handle appraisals, negotiations and all services with the Loop Road Project. Several land acquisitions and temporary easements are needed to divert drivers off major thoroughfares throughout Quadrants two and three in the city and alleviate traffic.

After those negotiations failed for two of the dozens of properties needed, the city decided to move forward with condemnation proceedings on those properties. The properties are at 122 Chalkville Road and 102 Talley Street.

The resolution reads that the condemnation is “necessary and in the best interests of the citizens of the City of Trussville in that the same will contribute to the health and general welfare of the citizens of Trussville and for public use in the creation of a roadway designed to alleviate congestion and traffic flow in downtown Trussville in particular at the intersection of US Highway 11 and Chalkville Mountain Road in the project referred to as the ‘Loop Road’ Development.”

In other business, Constitution Week will be recognized in the city of Trussville Sept. 17 – 23. The week of commemoration of the United States Constitution was first petitioned by the Daughters of the American Revolution in 1955. The observance has been recognized annually every year since 1956.

“It is the privilege and duty of the American people to commemorate the two hundred and thirty-second anniversary of the drafting of the Constitution of the United States of America with appropriate ceremonies and activities,” the proclamation reads.

The proclamation passed unanimously, among councilors in attendance. 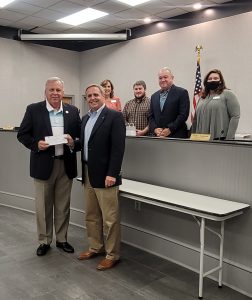 Rep. Danny Garrett presents check to the city of Trussville.

Rep. Danny Garrett was at the meeting to present a $32,000 check to the city. The money came from Jefferson County’s sales tax program for community service grants.

“This is their money,” Garrett said. “It’s from the renewal of the sales tax and I’m just giving it back to them. It’s good for me to sit down with each of the leaders and find out where it’s needed.”

The money has previously been used for synchronizing traffic lights, the Rotary clock in downtown Trussville, and for Flock Safety cameras, Garrett said.

“I usually get around $100,000 and I get together with each city and ask, ‘What is it that you need?” Garrett explained. “Some of it goes to the schools and some of it goes back into the community.”

Garrett also gives part of the community service funds to Pinson and Clay. Community service grants in those areas have gone to the Center Point Fire District, the Clay pickleball courts and helped build a pavilion at Turkey Creek.

The following items were passed as part of the Council’s Consent Agenda:

The next City Council meeting will be a special called meeting on Tuesday, Aug. 31, at 6 p.m., to consider a street vacation on Linden Street.