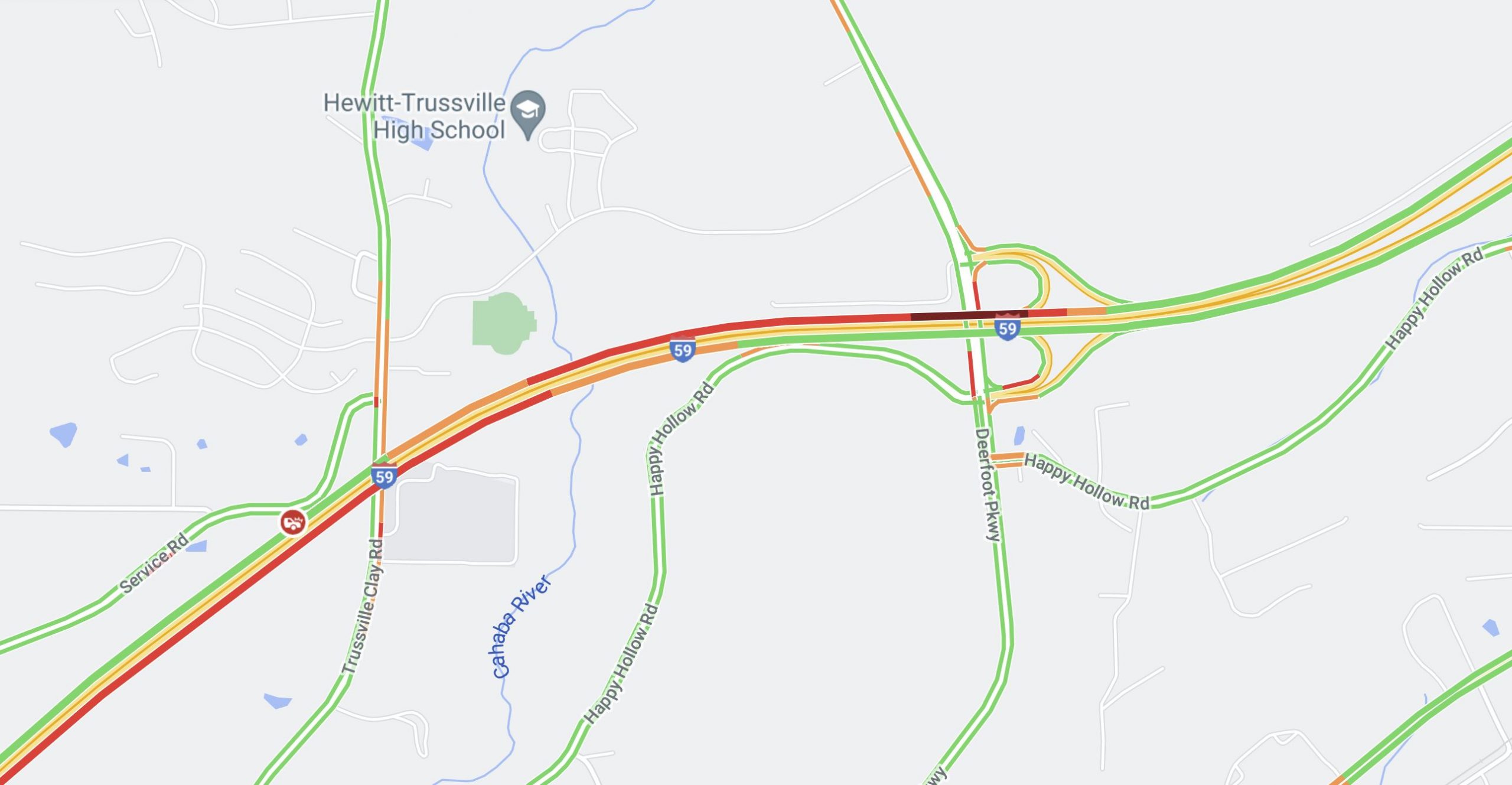 BREAKING: Traffic stalled in Trussville after 2 crashes on I-59 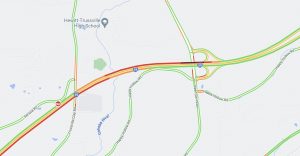 Traffic was stalled from before the Chalkville Mountain Road exit to the Deerfoot Parkway exit, in both directions.

The first crash occurred around 1:50 p.m. in the southbound lane, just before Chalkville Mountain Road. Fire Chief Tim Shotts was unaware of any injuries in that crash.

One person was hurt in a second crash around 3:06 p.m. The wreck happened in the southbound lane near the Deerfoot Parkway exit. Shotts said the person that was hurt will likely be transported for treatment.

Authorities ask drivers to avoid the area if possible and use extra caution if you have to travel on I-59, in Trussville.