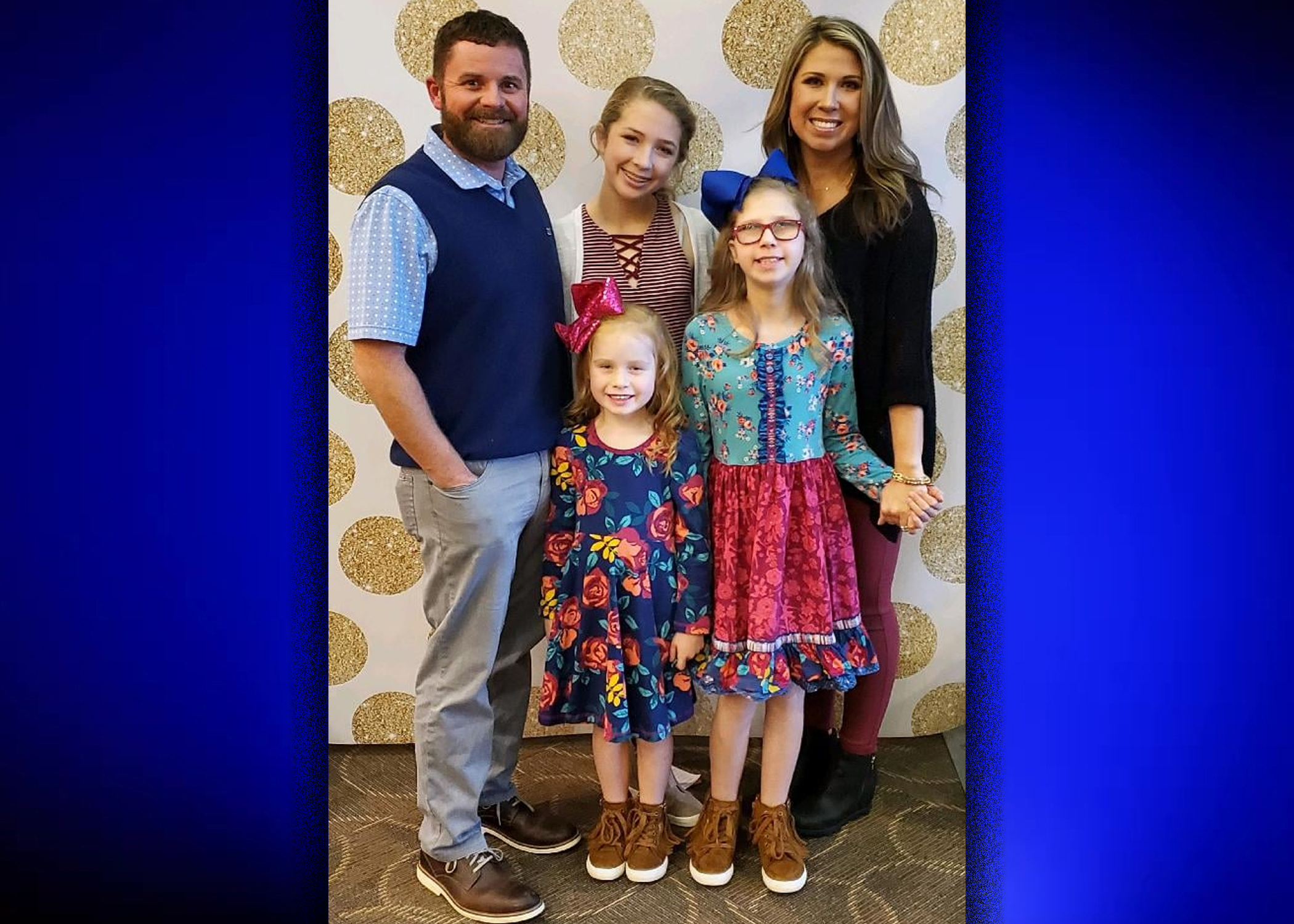 TRUSSVILLE — A Trussville family has gone public in a fight for their special needs daughter and for all students within Trussville City Schools (TCS).

James and Chanel Thomas said over the years, they have felt that their daughter, who is blind, has been subjected to unnecessary harm that could impact her learning and the learning of other students. Although they were warned by others of the challenges they may face, they said that they have always tried to work with the school system to ensure their daughter gets the things she needs. Those basic needs, they say, are not being met. Now, the Thomas family is speaking out about issues they say they have identified.

Sarah Thomas recently started school at Hewitt-Trussville Middle School, after being in the school system since elementary school. The family said that every year of her education, Sarah has been dealing with issues that she shouldn’t have to worry about. Some of those issues include technology that could’ve otherwise helped her succeed and communication between her parents and school administrators. It wasn’t until the family experienced issues this year with Sarah’s Individual Education Plan (IEP), that they realized the problem went far beyond their daughter’s education.

This year, Chanel Thomas took to Facebook after realizing her daughter would not have an IEP before the start of school. Both Chanel and James have been updating followers on Facebook about their challenges via live streams. Since the live streams, Chanel Thomas said she has received numerous complaints from parents, teachers, and former staff members of TCS, that she believes need to be heard. 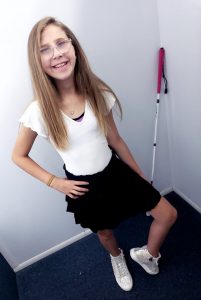 “I have tons of people who have contacted us and asked us to keep going, but we need support,” Chanel Thomas said. “But again, a lot of these are teachers and they are afraid they’ll lose their jobs, so I get that.”

“In this instance, she’s supposed to receive five days a week time with her vision instructor (VI),” James Thomas said. “It comes out to 30 minutes a day because of multiple things that she’s got to do, so 30 minutes, five days a week. We just got an email this morning that says, ‘hey, we have her VI for three days a week.”

James Thomas said the reason five days a week is important for Sarah, is because she doesn’t do well having that type of instruction clumped together and it is important for her to have it spread out over the week.

Another issue the Thomas’ said they have recognized concerns the number of IEP students in each class.

“Best practices show that you equally distribute those students with IEP’s among however many teachers you have,” James Thomas said. “So, typically you end up with two IEP students in inclusionary settings. Sometimes you have to get to three or four but Trussville City Schools groups IEP kids in blocks.”

James Thomas said having too many students with IEP’s can impact every student in a classroom, not only those with special needs.

“If this was just Sarah, we would still be doing a private fight,” James Thomas explained. “We’ve gone public because we know it’s such a bigger issue. It affects all of these kids.”

The family believes teachers at the school are understaffed and underresourced. When they have tried to supply their own technology for their daughter, they say have been denied.

One of those devices the Thomas family said they experienced an issue with was a CCTV magnifier and another was a BrailleNote Touch. The Thomas’ said they offered to supply the devices but were faced with resistance.

“The BrailleNote Touch is basically her computer,” James Thomas explained. “She had to use what’s called Perkins Brailler, an old-school, heavy, Goliath of a machine that’s very loud.”

James Thomas said when Sarah was in early elementary school, she was put out in the hallway because the teacher said the machine was distracting other students. He said after they offered to provide a better device, he didn’t understand why there was an issue.

“Every kid can bring their smartphone to school but my kid can’t bring this?” James Thomas asked.

Eventually, the Thomas’ won their fight for Sarah to have the device.

“It took an act of Congress and almost an entire school year to get it,” James Thomas added.

The family also said they previously asked to start a booster program for special needs, similar to a band booster, but they said they were denied that request as well. The school did not officially respond to that claim but did say with so many changes over the years with staff, some requests may have been lost in communications.

Overall, James and Chanel Thomas said they expected the year to begin differently as their daughter moved to a different school.

“When people told us to do a lawsuit I just didn’t think that was right because it was taking more money out of the school system. And so, we’re just lost,” Chanel Thomas said. “I want her [Sarah] to be in society and be a functioning citizen. I want her to be a tax-paying citizen. If you don’t educate her, she’s not going to make it. I feel like it all goes back to lack of support for teachers.” 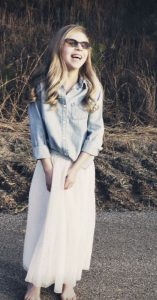 Chanel Thomas said one of the hardest things for her family to deal with is the fact that her daughter was given an aide in which she said had no prior experience working with the visually impaired.

“This is the one year that I was like, ‘Okay, we’re going to have somebody that knows what they’re doing,” Chanel Thomas explained. “But then I found out who it was and I knew the girl didn’t know anything about being around a blind person. They bring these aides in off the street with no training. It’s a safety issue!”

James and Chanel Thomas are also concerned that Sarah’s success in school is misrepresented.

“The point is, when you look at her education and her IEP, stating that she is to be held to that standard of her peers, she’s been making straight A’s but if you test her right now, I guarantee you she’s not even with her peers,” James Thomas said. “They’re giving her straight As.”

The Thomas’ both say they don’t care about the grades Sarah is making but about the level of mastery of content that is achieved.

Gaston responded to allegations of grade inconsistencies with the following statement:

“While we can’t speak to a specific individual, we advise anyone with such concerns to contact school administrators,” Gaston said.

While the Thomas’ said Sarah has been directly impacted by the actions of the school system, they believe teachers and all other students have been impacted as well.

The school system once again responded to concerns relating to special education.

“We love and care for all of our students,” said Gaston. “Specific to special education, we are fully prepared to educate students in all disability categories.  The federal disability categories include learning disabilities, developmentally delayed, visually impaired, hearing impaired, speech impaired, emotional disturbance, and others.  Specific processes are in place to ensure quality education for students with special needs.”

When it comes to IEP’s, Gaston said those plans must come about in a number of ways.

“Decisions for students with disabilities are written into IEPs at an IEP team meeting,” Gaston explained. “This is the clear process in place for two-way communication between the school and the parents, and amendments to an IEP may be made at any time.  Parents are made aware of all rights afforded to them under the federal I.D.E.A. (Individuals with Disabilities Education Act).  We have dedicated educators across the school system who continuously collaborate to ensure the integrity of IEPs, which in turn allows for constant focus on student success.”

Again, TCS does not release information on specific students with an IEP, although Gaston said parents are welcomed and encouraged to be a part of the process.

The Thomas family has put together a petition and plans to file a formal complaint against TCS with the State Board of Education. While they are thankful for prayers and support expressed to them online, they hope first and foremost that all students within Trussville City Schools get the best possible education and opportunities.

EDITOR’S NOTE: The author of this article, Erica Thomas, is not related to James and Chanel Thomas, and was not aware of the Thomas family prior to the interview conducted for this story.