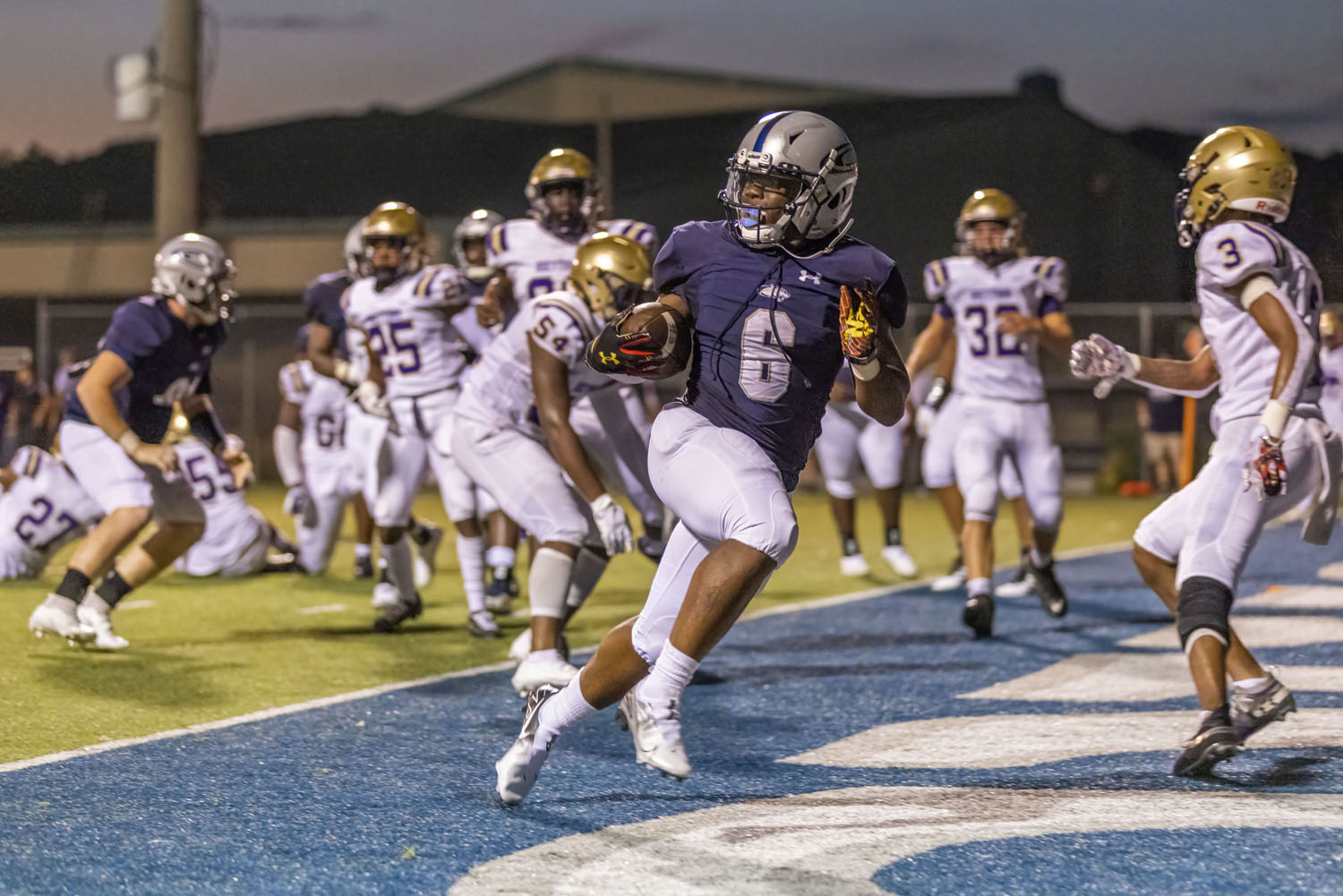 CLAY-CHALKVILLE — A dominant first half paved the way for a Clay-Chalkville win as the Cougars held off a furious rally by the Hueytown Golden Gophers, 57-40. 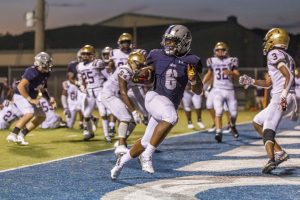 The Cougars went up 36-6 at the half, getting on the board first thanks to a Marquarius White 58-yard reception from a Khalib Johnson pass. With 8:36 left in the first quarter, the score was 6-0 after a missed extra point.

The Cougar defense did their part on the other side of the ball, forcing Hueytown to punt in their first possession. After a string of competing penalties, the Cougars found their groove with Khalib Johnson leading Clay-Chalkville on a 7-play drive.  The Cougars went up 12-0 after Osley ran in from eight yards out. The two-point conversion failed.

Johnson started off the second quarter with a pass over the top to White for 19 yards. With Osley working in the trenches and establishing the run against the Hueytown defense, Johnson was able to hit White for a 9-yard touchdown pass.The two-point conversion was good on a pass from Johnson to Amari Howell and that put the Cougars up 20-0 with 9 minutes of football to go in the half.

The Cougar defense held Hueytown to another 3-and-out on their next possession. Osley found the end zone on a six-yard run at the end of a six-play drive that saw the Cougars rack up four first downs. Another two-point conversion — this one run in by Cam’ron Williams — made it 28-0 for Clay-Chalkville.

Matthew Yafondo picked off a Hueytown pass to give the ball back to the Cougars.

On the next possession, Johnson found White again for a touchdown, sending the Cougars lead to 36-0.

The Gophers would answer on their next possession after Earl Woods scrambled his way into the end zone leaving the score 36-6 going into halftime.

From there, the ending wasn’t really in doubt.

To start the third quarter, Johnson hit Jalen Mbakwe for a 60-yard bomb to widen the lead. The PAT was good, which made it 43-6. The Cougars held on through the Hueytown rally, allowing 34 points in the second half and finally salting away the victory, 57-40.

“We can’t let up. We can’t assume anything, we gotta come out and finish the second half no matter who’s in, what the situation is, we have to execute every single play,” said Clay-Chalkville head coach Drew Gilmer. “We’re lucky we came out with a win right there.”

After Clay-Chalkville put in their second unit, Hueytown was able to mount a comeback, getting within 10 points, 50-40. But with three minutes left in the game, the Cougars scored again with 40 seconds left on the clock when Williams ran for a 7-yard touchdown. The PAT made it 57-40, and Clay-Chalkville remains undefeated.