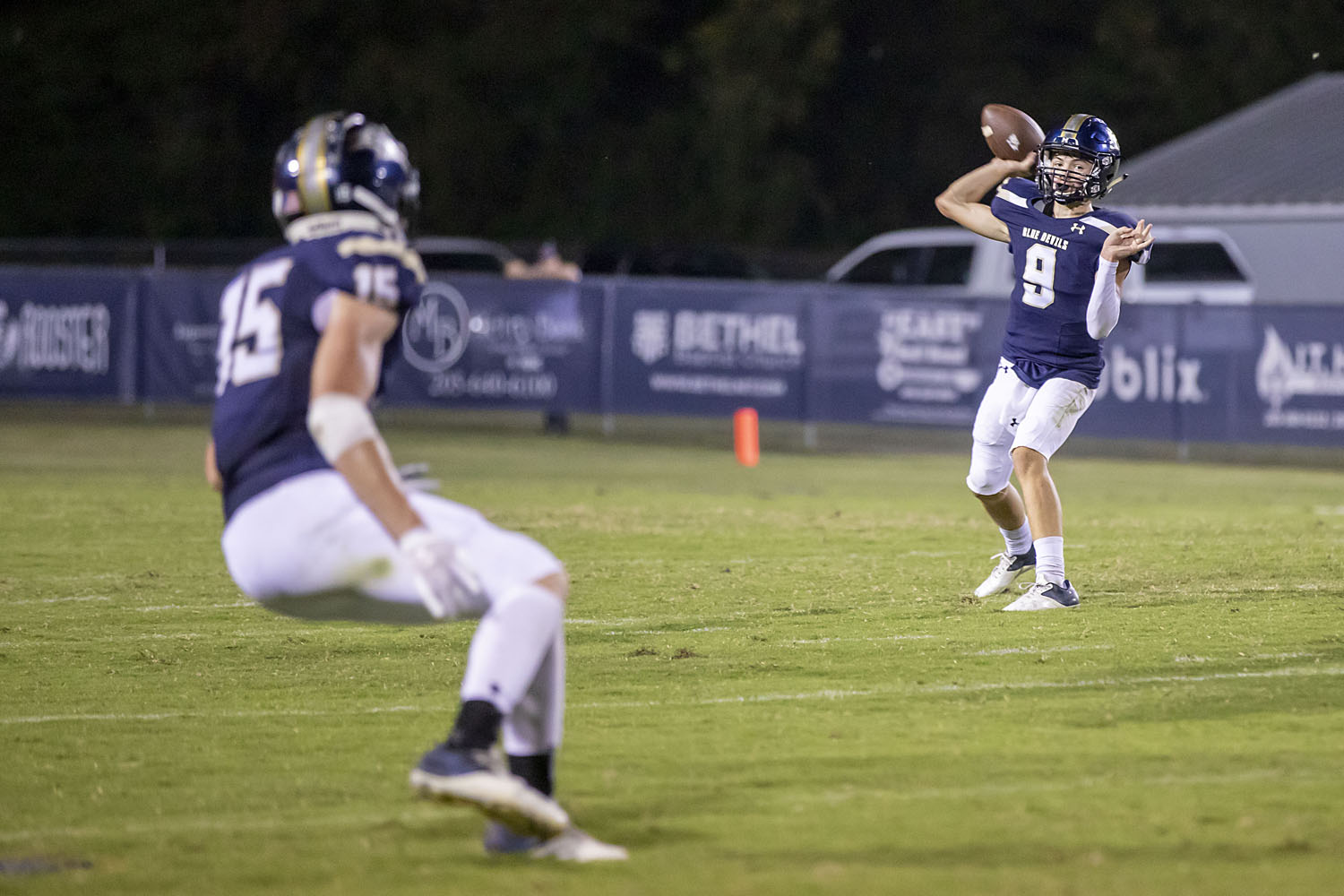 Moody slams the door on John Carroll to go 2-0 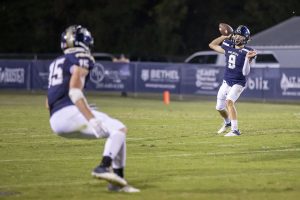 Wallace went 16-for-22, throwing for 236 yards and four touchdowns, and he also scampered for another 120 yards rushing. Davion Dozier caught seven passes for 103 yards and a touchdown while Kolby Seymour caught two scores as well and totaled 58 yards receiving.

This is the first two-game winning streak for the Blue Devils since 2017, when they beat John Carroll 17-6 in the final weekend of September and then turned around and whipped Woodlawn 35-12 on the first Friday in October.

With the score tied 7-7  and time running out in the first half, John Carroll had a chance to score with a little chicanery, breaking out the hook & lateral in a bid to go by a score going into the break. Moody’s defense rose to the challenge, pushing the receiver out of bounds inside the five-yard line as the clock hit zero.

John Carroll opened the scoring in the second half when quarterback Carson McFadden tossed a screen pass to Aaron Mason for a 32-yard touchdown. The PAT was good, and the Cavs led Moody 14-7 with 9:04 left in the third.

But the Blue Devils wouldn’t stay down. They answered back with a 37-yard touchdown pass from Wallace to Seymour to tie it up, and then Moody went ahead for good when Wallace hit Dozier with a 22-yard pass. The PAT was no good, but the Devils had the lead, 20-14, with 7:34 left in the third quarter.

They would never look back.

With 10:35 left in the game, Wallace found Seymour again, this time for a 13-yard score. The PAT put Moody up 27-14. John Carroll drove down the field on its next possession, and the Blue Devils defense bent — but it didn’t break. Instead, Moody rose up and forced a turnover on downs at its own 12 when John Carroll elected to go for it on fourth-and-nine.

Defensively, the Blue Devils were led by Chase Jackson with nine tackles and two interceptions. Matthew McDonald also totaled 9 tackles and had a fumble recovery for the opportunistic, hungry Moody defense.

Near the halfway mark of the fourth quarter, Dozier stepped up and put the Cavaliers to bed. The receiver took a short hitch all the way to the house for a 78-yard score with 6:22 left to play in the game. The PAT made it 34-14, and just like that, Moody’s on a tear.

Running back Nick Burrell had 84 yards on 20 rushes and a touchdown. Blayne Burke added six catches for 44 yards and a score as well.

The Blue Devils will play their home opener on Friday, September 3 against Hayden. This will also be the Blue Devils’ first region game of the season.