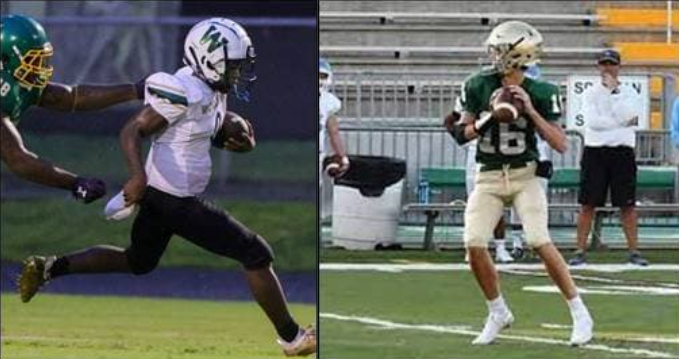 Birmingham-area teams again selected for AHSAA game of the week

BIRMNGHAM – For the second week in a row, the Alabama High School Athletic Association will feature two Birmingham-area teams for its game of the week. Woodlawn High School and Mountain Brook High School open Class 6A, Region 5 play tonight at Spartan Stadium in the AHSAA TV Network Game of the Week tonight at 7 p.m. 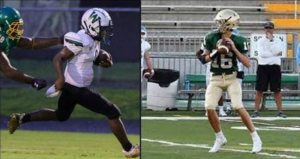 The Game of the Week broadcast team consisting of former Birmingham radio personality Landrum Roberts, who will handle the color commentary, and veteran TV 24 sports director Gerhard Mathangani, handling the play-by-play. The battle will be televised live over the AHSAA TV Network and livestreamed over the NFHS Network. WOTM TV has put together a strong network of cable affiliates across Alabama. It will be live on WOTM TV as well as WABM TV 68 in Birmingham. TV 68 will carry all the AHSAA TV Games of the Week each Thursday the  rest of the regular season, announced Earley Wednesday.

The two schools will meeting for the 16th time in both programs’ football history. The Spartans (2-0) of Coach Chris Yeager currently own an 11-game winning streak dating back to 1996. Yeager, who has a 148-76 overall head-coaching record, is Mountain Brook’s all-time wins leader with  a 123-56 slate since becoming head coach 15 years ago in 2006. He is just the 10th head coach in Mountain Brook history. Two of Yeager’s teams have reached the Class 6A state semifinals, his 2010 team which finished 11-3 and his 2020 team which compiled a 12-2 record. The Spartans are off to another great start with a 33-3 win over Class 7A Vestavia Hills in the season opener and a 38-7 triumph over Class 7A Huntsville last week.

Woodlawn (1-1), one of Birmingham’s most storied programs, has seen a lot of coaching chances in the last decade. Current head coach Gentrell Eatman is the eighth head coach for the Colonels since 2012. Now in his second year as head coach, the team is showing marked improvement over last year’s team  that was winless at 0-10. Woodlawn opened the season with a 50-0 loss to Jackson-Olin but rebounded las week to beat Birmingham-Carver 28-21 to snap a 16-game winless streak.

The Colonels’ program has sent a dozen of its former players to the NFL and was also the high school of College Football Hall of Fame Coach Bobby Bowden. Among the legendary players who hailed from the halls of the east Birmingham school are NFL and collegiate legends Tony Nathan, Karlos Dansby, Harry Gilmer, Tim Harris and Gregg Carr. Gilmer was the first player selected in the NFL Draft in 1948. After earning All-America honors after high school at the University of Alabama, he spent eight seasons as a quarterback in  the NFL and later became the head coach of the Detroit Lions. Nathan won two Super Bowls (XVII and XIX) with the Miami Dolphins. A movie entitled “Woodlawn” was released in 2015 depicting Nathan’s rise to stardom amid social unrest in the 1970s that ultimately led to the largest attendance (42,000) at a high school football game in state history when Woodlawn met Banks in the fabled final game of the regular season in 1974.

Mountain Brook has sent one player to the NFL, University of Alabama’s legendary running back Major Ogilvie, who also helped the Spartans win back-to-back state football titles in 1975 and 1976 while winning 27 straight games.

Mountain Brook’s offense is led by junior quarterback John Colvin and strong receiving corps anchored by Jake Thompson and Jackson Beaty. The running game is solid as well with strong backs George Cain and David Waldrop both off to great starts this season.

“We had to replace 42 seniors including eight starters on offense and six on defense,” Yeager said. “We have a lot of new faces and I have been real pleased with how our young players have come in and performed that environment. When you have that many seniors, a lot of those guys started as sophomores and established a culture of leadership. I think that is one of the reasons we are enjoying the success we are having now because we challenged them to leave a legacy and they did just a good job of leading our younger kids and teaching them how to serve one another.”

Woodlawn’s players took a quantum leap from game one to last week. That is a tribute to them. They have some really good athletes and we are excited about the game.”

The Colonels only have five seniors on the squad, but one, offensive lineman Christopher  McGee, is one of the biggest in the state at 6-foot-8, 342 pounds. Senior defensive end Nicholas Boler (6-4, 206) anchors the defense. Junior quarterback Chris Allen has a solid backfield including sophomore running back Dewayne Brown (6-1, 228) and junior fullback Aaron  Pippens (5-10, 222).

“We have  to come in here and grind every day,” said Eatman. “I knew what I was coming into when I took this job. We have had a lot of work to do. I know  everybody wants to see us win, but right now. But to be honest, we are a young club and to see them go out and compete was huge for me. Mountain Brook is a phenomenal team with a lot of talent. We have to come back out and give the kind of effort we had last week.”

A total of eight games are set for Thursday night with three being live-streamed over the NFHS Network.    The NFHS Network has a busy week with AHSAA member schools in the NFHS School Broadcast Program set to live-stream 134 varsity football games Thursday and Friday night – which shatters the record set last week (105)..

The AHSAA Radio Network’s Scoreboard Show will also air across the state Friday night. Go to www.ahsaaradionetwork.com for network information.

To access the AHSAA Game of the Week over the NFHS Network, go to the following link

To access the AHSAA Game of the Week over WOTM TV and its network of cable affiliates, go to AHSAA TV Network at the following link:

https://www.ahsaa.com/media and click on the AHSAA TV Network link.