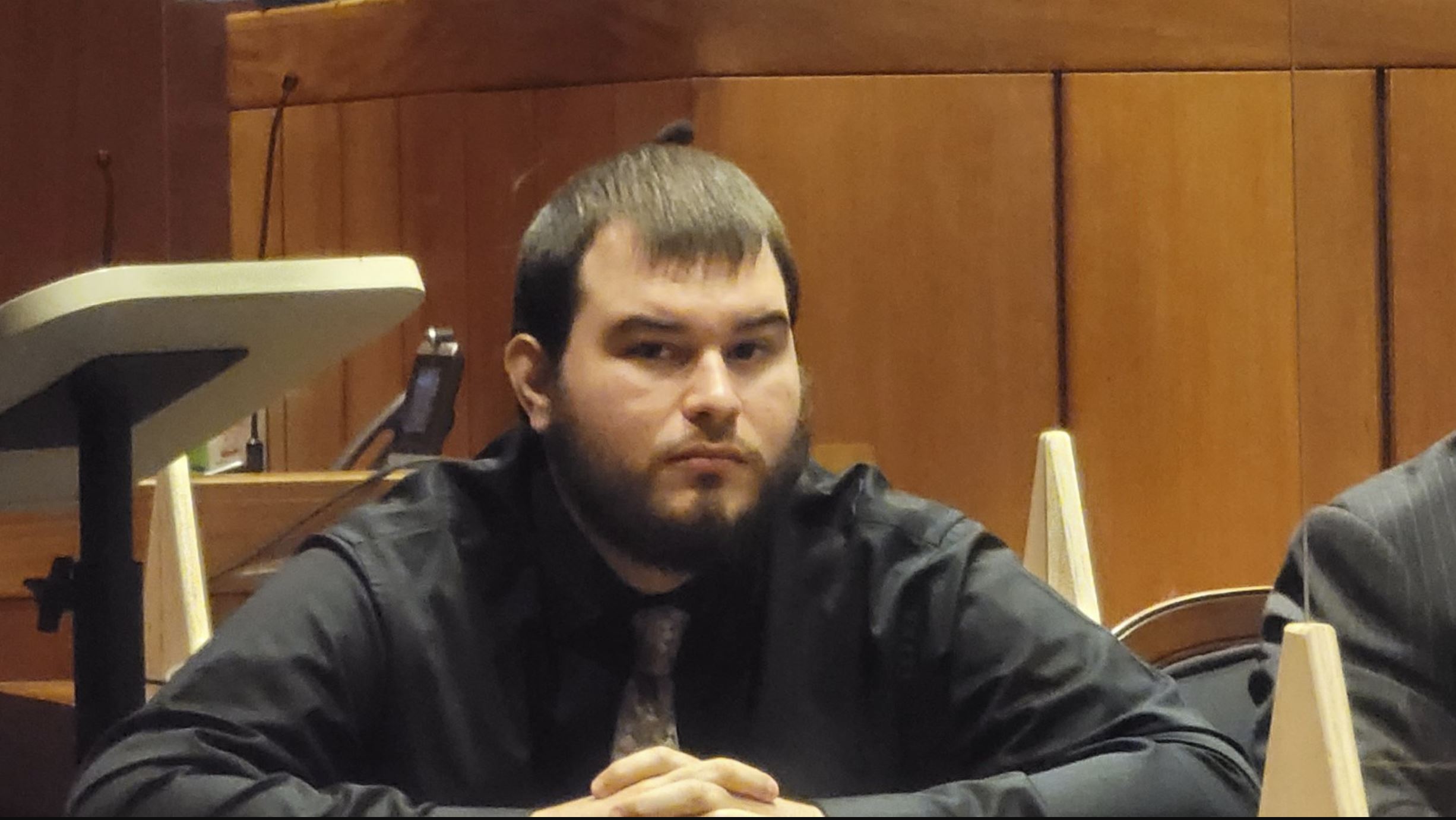 TRUSSVILLE — The man who shot and killed a man in the parking lot of Cracker Barrel in Trussville on the night of March 28, 2019, has been sentenced to life in prison without the possibility of parole. Bryan Hancock, 24, of Pinson, was found guilty of capital murder earlier this year.

Hancock shot Randy Dewayne Young in the head after a dispute over parking, according to both the prosecution and the defense. Young died after being on life support for two days.

Hancock did not take the stand in his own defense during the trial.

In opening statements, the prosecution called the death unnecessary, unreasonable, and unjustified.

Among witnesses called during the trial were Young’s stepfather, who was with him on the night of the shooting. Robert Shepard said his stepson was called “the N-word” by the defendant, which caused him to get upset. The prosecution admitted that Young punched Hancock in the face while Hancock was sitting in the truck. Hancock then responded by shooting Young.

There is a surveillance video from the restaurant showing the moment the shooting happened. Although the video shows the victim and the suspect, the video is of poor quality due to a glare.

The victim’s mother, Monica Young, also took the stand. She said she was not at Cracker Barrel when her son was shot. She was at home and Young and his stepfather were eating at the restaurant. They planned to order food for her to go and bring it home to her. Instead, she got a call from her husband after the shooting. She drove to the restaurant where she said she saw the ambulance. She was unable to see her son, so she followed the ambulance to St. Vincent’s East then to UAB. That is where she was told Randy Young had a “non-survivable injury.”

During testimony by Shepard, the state showed the surveillance video and asked him to give an account of what happened as the video was playing. As Shepard and Young were waiting for their to-go order, Shepard said he stepped outside to have a cigarette. While he was smoking, Young was inside Cracker Barrel completing payment for the order. Shepard saw a black truck pull into the spot beside his white Mitsubishi Galant. He testified that the truck parked in a way that blocked his car from being able to get out of the parking spot. The stepfather said the driver got out of the vehicle, leaving the driver’s side door open, and started to walk towards him. Shepard said the driver then asked him for a cigarette and told him he had just had a bad day. He gave him a cigarette and when Randy Young was finished paying inside, the two started to the car. Shepard said that is when a verbal altercation began between Young and Hancock, leading to the shooting.

During cross-examination, the defense pointed out some inconsistencies of what Shepard told police right after the shooting and what he said on the stand.

Prosecutor Deborah Danneman said inconsistent accounts of what happened were likely due to the fact that police wrote reports several hours after the shooting. She said Shepard told the truth on the night of the shooting and on the stand during the trial.

The defense also asked Shepard if he could see Hancock when the shooting happened. They called into question his point-of-view based on where he was standing in the video. Shepard said he saw Hancock’s arm come out of the window and saw fire coming out of the pistol that was pointed at Young’s head.

“I saw the shooting!” Shepard said from the stand.

Shepard said after two years, he was thankful the jury saw that he was telling the truth on the stand.

“I thank God for that, you know?” said Shepard. “It’s what we’ve all been praying for and I felt strongly the whole two years that this day would be just as it is because of the type of person that Dewayne was. He was the sweetest person in the world.”

Shepard said his stepson wanted to start his own trucking business but he was never able to accomplish that dream.

Trial Jury Foreman Samuel Collins said there wasn’t a lot to defend for Hancock. Collins said no one disagreed with the verdict. He said after the judge explained what “intent” was, the group was clear on what the conviction should be.

“You don’t shoot somebody in the forehead intending to wound them,” Collins added.

Also on the stand during the trial was Matthew Jeffers. He was the driver of the truck that Hancock was traveling in on the night of the shooting. Jeffers said that earlier in the day, he and two others, including Bryan Hancock, went to a house to get drugs. He then dropped off the other friend at Cracker Barrel, where the friend worked. After dropping off the friend, he said that he and Hancock went to get a haircut. Jeffers and Hancock went back to Cracker Barrel to pick up their friend from work around 9 p.m. He parked in a parking space beside the victim’s car and parked in a way the victim’s vehicle could not leave, according to the victim’s stepfather.

Jeffers left Hancock in the truck and walked towards Cracker Barrel. That’s when he came into contact with Robert Shepard. He said Shepard asked him to move his truck and he didn’t because he wasn’t going to be long. At that time, he said he asked Shepard for a cigarette. Shepard gave him a cigarette and Jeffers said he went back inside to get his friend and place a to-go order. When he came back out, Jeffers said Shepard asked him to move the truck again.

Jeffers said he remembers Hancock being by the truck’s tailgate when he came outside. He said he doesn’t remember specific words being said but he noticed Hancock and Young were exchanging words. Jeffers said he felt the tension. He said he never heard Hancock say anything of racial nature, but he said he could tell Young was frustrated.

Trussville Police testified that no weapon was found to be in Randy Young’s possession at any time during the incident.

The defense said, in closing arguments, that Hancock also suffered that night. He continued his argument for self-defense saying Hancock was intoxicated on narcotics. He said he was so intoxicated that he couldn’t have formed a real intent to kill. He said his client was in acting from fear.

The defense plans to appeal the conviction.