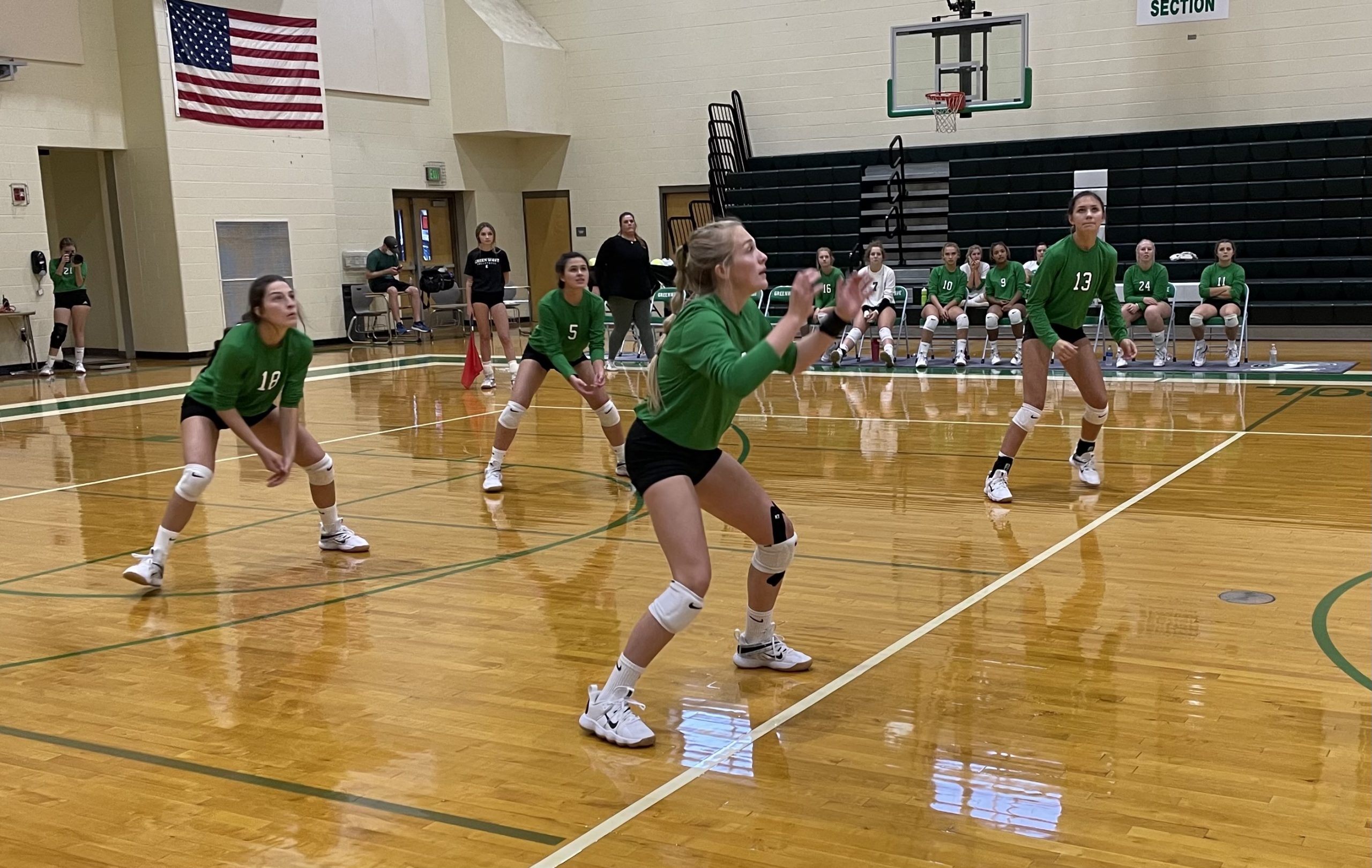 Leeds players get set to return a serve against Lincoln on Thursday, September 2, 2021. The Green Wave won in straight sets. (Photo by Bobby Mathews)

LEEDS — Down 22-14 in the third set of their match against Lincoln High School, the Leeds Green Wave used strong serves by Briana McLaughlin and Emma Richerzhagen to carve into the lead, while outside hitter Darcy Phillips powered spikes past the Golden Bears until they tied the game 24-24. 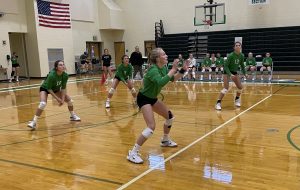 Leeds players get set to return a serve against Lincoln on Thursday, September 2, 2021. The Green Wave won in straight sets. (Photo by Bobby Mathews)

From there, it was anyone’s game. Each team stayed within one point of the other, with neither allowing the other to take the momentum until the Green Wave finally came to shore for a 33-31 victory. No one saw the marathon third set coming; early on it looked like an easy blowout for Leeds, with the Green Wave taking a 25-12 victory in the first set. From there, it got progressively harder. The margin of victory in the second set was 25-18.

“I think it took them (Lincoln) a little while to get warmed up and ready to play,” Phillips said. “They’re a good team, and I think the first game coming in here, they were probably a little nervous.”

As for the Green Wave, they may have relaxed a little too much after that dominant first set. At one point, McLaughlin served 11 straight points before Lincoln even got a point on the board.

“I think were were expecting it to be a little easier after that first set,” Leeds head coach Erin Wright said after the win. “Lincoln changed up their strategy between the first two sets, and I think we need to work on making our adjustments faster.”

While Lincoln came back and made it respectable in the second set, the Green Wave had a few unforced errors which allowed the Golden Bears to use the strong outside hitting of senior Maddie Barnhart to stage the late comeback.

“We were probably having more fun in that first set,” McLaughlin said. “We got very frustrated in that third set. I’ve never played a set that long before.”

McLaughlin was all over the court for Leeds. In addition to her strong service game, the senior worked the net for several blocks and was also key in setting up Phillips’ powerful shots from the right-hand side of the court.

“Darcy really knows how to handle the ball,” McLaughlin said. “Plus, she’s left-handed, and that adds a little more spice to it.”