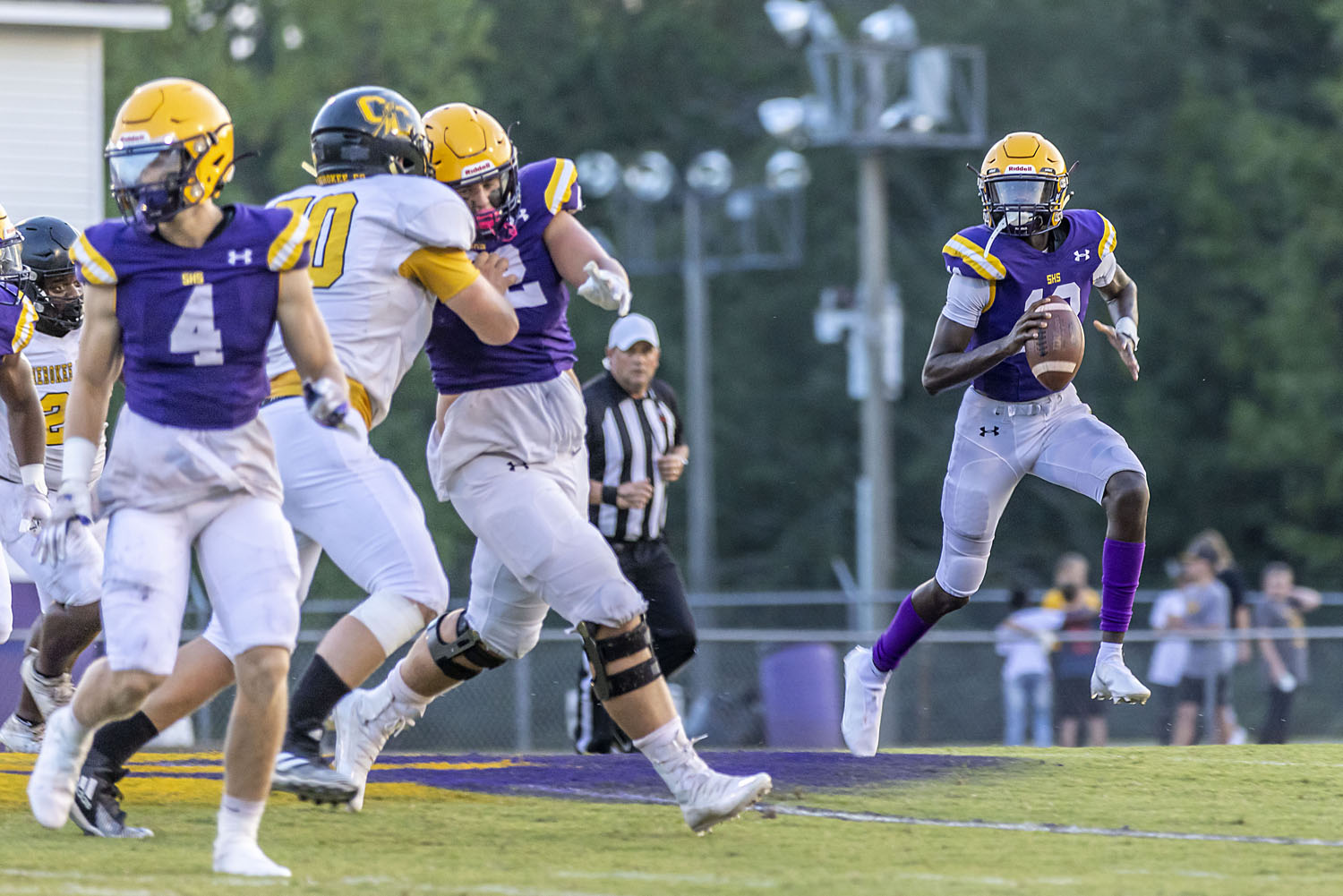 Springville looks for passing yards in a 35-21 loss to Cherokee County on September 3, 2021. (Photo by Ron Burkett)

SPRINGVILLE — The Cherokee County Warriors brought their 1-1 record to Tiger Stadium and jumped out to a quick 14-0 lead and never looked back, walking away with a 35-21 victory over Springville. 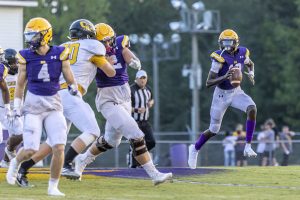 Springville looks for passing yards in a 35-21 loss to Cherokee County on September 3, 2021. (Photo by Ron Burkett)

“We’ve got to practice better on Monday through Thursday,” Tiger head coach Jon Clements said. “We didn’t practice very good and it showed up tonight and that’s a reflection of me.”

Springville couldn’t find much footing on offense to begin. After receiving John Wolf’s punt inside their own 15, Cherokee County gave the ball to Damien Ramsey who racked up 79 yards to get the Warriors down to the 13, where Lamycal Mitchell would find paydirt. It wouldn’t take long for the visiting team to strike again, as Springville’s Ashton Frye would lost a fumble and set up Cherokee County at the Tigers’ 6-yard line. From there, Ramsey would punch it in, putting the visitors up 14-0. Not willing to lay down, the Springville offense put together a drive that ended with a 10-yard touchdown run by Frye. After the first quarter, the score was 14-7 Cherokee County.

The Springville defense took that momentum into the second quarter and got their first stop of the game, making the Warriors go 3 and out. punt, but the Tigers couldn’t get going. The two teams would trade punts before Cherokee County would put together another drive, this time depending on Mitchell as well as the arm of Cade Hopper who would find Mitchell for a 20-yard touchdown strike to make it 21-7.

After punting the ball back to Cherokee County, Jacob Connor would pick off a tipped pass and return it 47 yards to the Warriors’ 11. The next play would see Patrick Bennett run it in to close the gap to 21-14 at the 1:03 mark of the second quarter and that is how the half would end.

Both teams would trade punts to start the second half but it wasn’t long after that before Hopper would find Ramsey for a 55-yard touchdown pass to make it 28-14 Warriors.

On the next offensive possession for the Tigers, Coach Clements would turn to new quarterback Asa Morrison.

“I was really proud of Asa coming into the game there at the end and giving us a spark, “Clements said. Asa’s first drive saw a couple of good plays, but ended up with another John Wolf punt and the Warriors capitalized by giving the ball to Mitchell 6 times in a row, the last one a 4-yard touchdown. The visitors now led 35-14.

Morrison would answer with a 73-yard bomb to John Wolf that gave the Tigers hope with 8:39 to play in the game. After the defense made Cherokee County punt, Morrison and company were in business again and drove the ball down to the 1-yard line, but a missed exchange between he and Bennett saw the ball fumbled and scooped up by Damien Ramsey who returned  it 50 yards with just seconds left in the game, sealing the 35-21 victory for Cherokee County.

“We start region play next week and that’s what we have got to turn our attention to,” Clements said. “Tonight is over.”