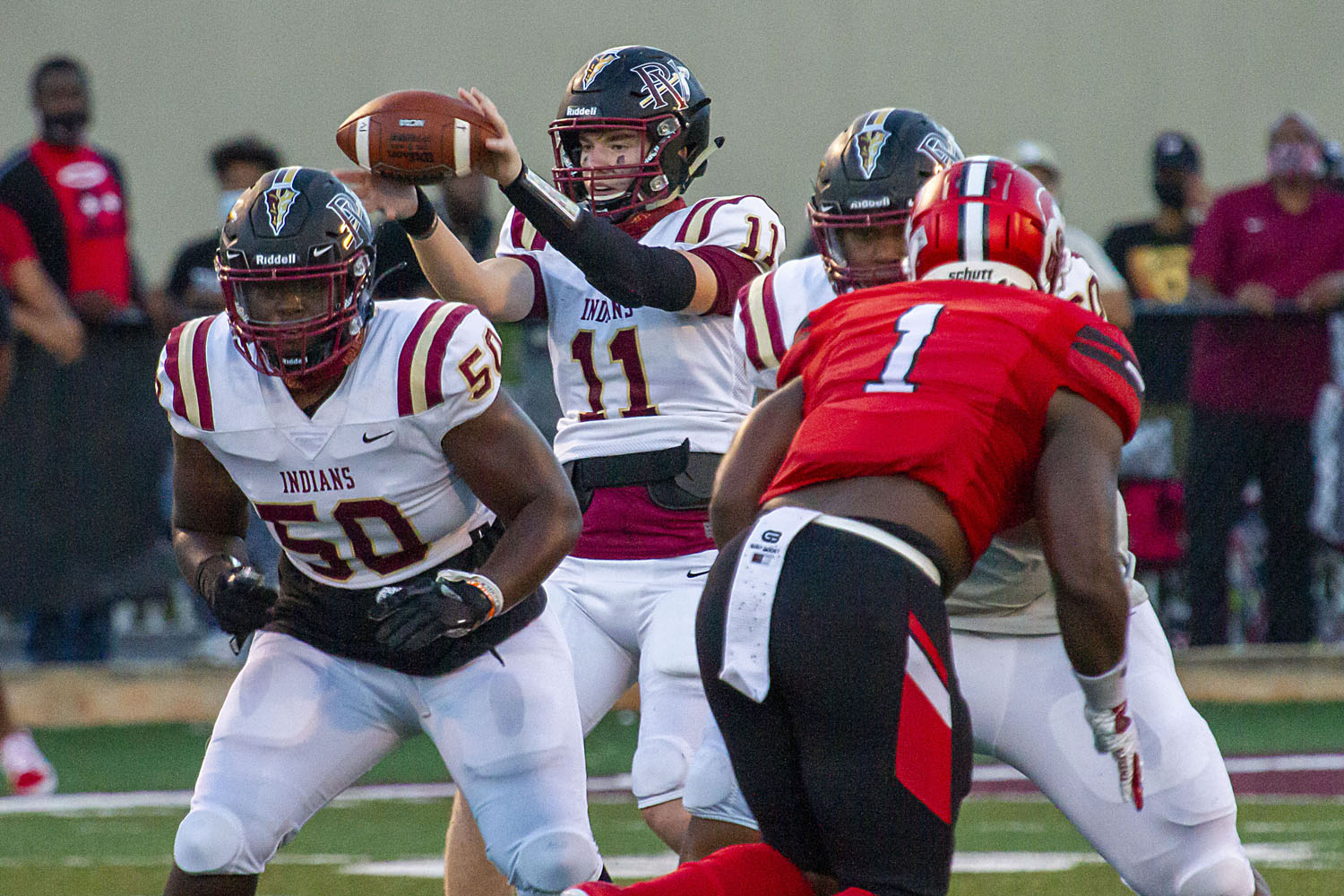 PINSON — A day after Pinson Valley quarterback Zach Pyron de-committed from Baylor, he’s been named The Tribune’s Player of the Week. 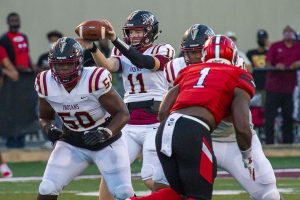 Here’s the thing with Pyron: If teams reflect leadership — and they do — then Pinson Valley is going to be rock-solid all year. Pyron, who quarterbacked the Indians to a 6A state title last year, stepped up when he was needed most.

The 6-3, 215-pound senior threw a pair of touchdowns against Gardendale Friday night, one 20-yarder to Amare Thomas and another — this one for 13 yards — to Korbyn Williams. This gave the Indians (2-1, 1-0) their first 6A Region 6 win of the season.

Pinson Valley needed everything Pyron had, because Gardendale wouldn’t go away. The Indians won 38-21, but they could never feel safe. And while Gardendale’s LT Sanders was busy rushing for 207 yards on the Pinson Valley defense, Pyron was helping the Indians salt the victory away.

After a Jaylen Taylor score put Pinson Valley on top, Pyron extended the difference with his legs, not his arm. He ran 20 yards in for a touchdown to push the halftime score to 24-13.

Playing against one of the tougher defenses the Indians will see all season, Pyron showed what he was made of. The stats themselves look a little pedestrian for Pyron: 14-of-27 for 187 yards. But he made the throws he needed to make when he needed to make them. While the Indians only had 14 offensive snaps in the second half of the game, the things that Pyron did — and the way he led his team — count high on the list of reasons Pyron has scholarship offers from multiple schools, including at least three from teams in the SEC.

While Pyron has offensive weapons like Thomas and Williams, it’s going to be hard to stop a Pinson Valley offense for very long.

This week, the Indians will host Minor for another region tilt. While Pinson Valley and Clay-Chalkville both seem to be the cream of the crop when it comes to Region 6, the fact is that the defending 6A state champions are the team to beat. Pyron understands that there’s a bullseye on the backs of the Indians, and he carries that knowledge well. If it bothers him or puts pressure on him, it’s impossible to tell.

For his leadership and ability to rise to the occasion — again and again — when his team needs him, Pyron is The Tribune’s Player of the Week.

The Tribune Player of the Week is brought to you by OrthoAlabama Spine & Sports. 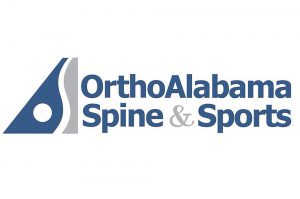