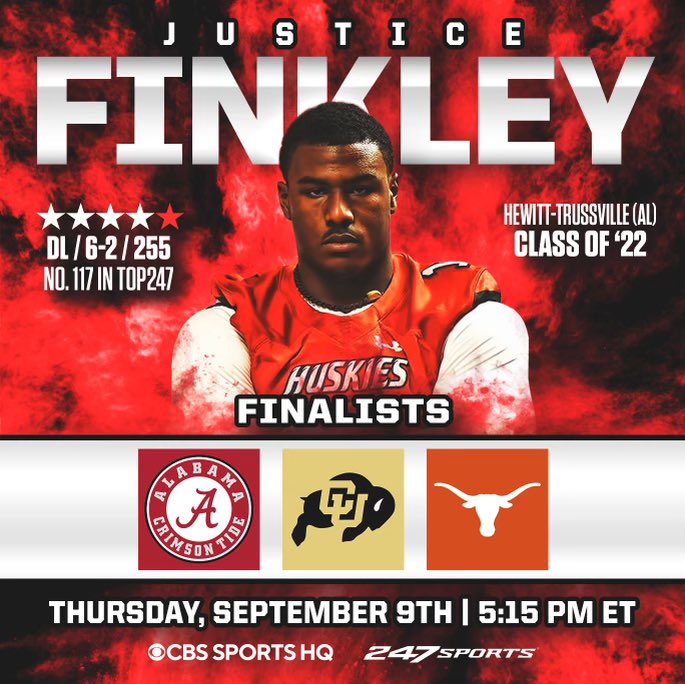 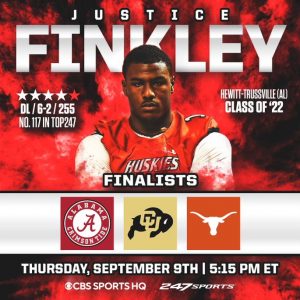 Finkley, a 6-2, 270-pound force on the defensive line, has fielded offers from major college programs including Georgia, Michigan, LSU, and Florida, who have all been eliminated at this point. Finkley entered the 2021 season with 151 career tackles, 22 tackles for loss and 12 sacks.

The Hewitt-Trussville Huskies are 3-0 at this point in the season, coming off a 38-17 defeat of Spain Park. They will host Tuscaloosa County on Friday, September 10 at 7 p.m.

Hewitt-Trussville is currently ranked No. 4 in Class 7A by the Alabama Sports Writers Association.