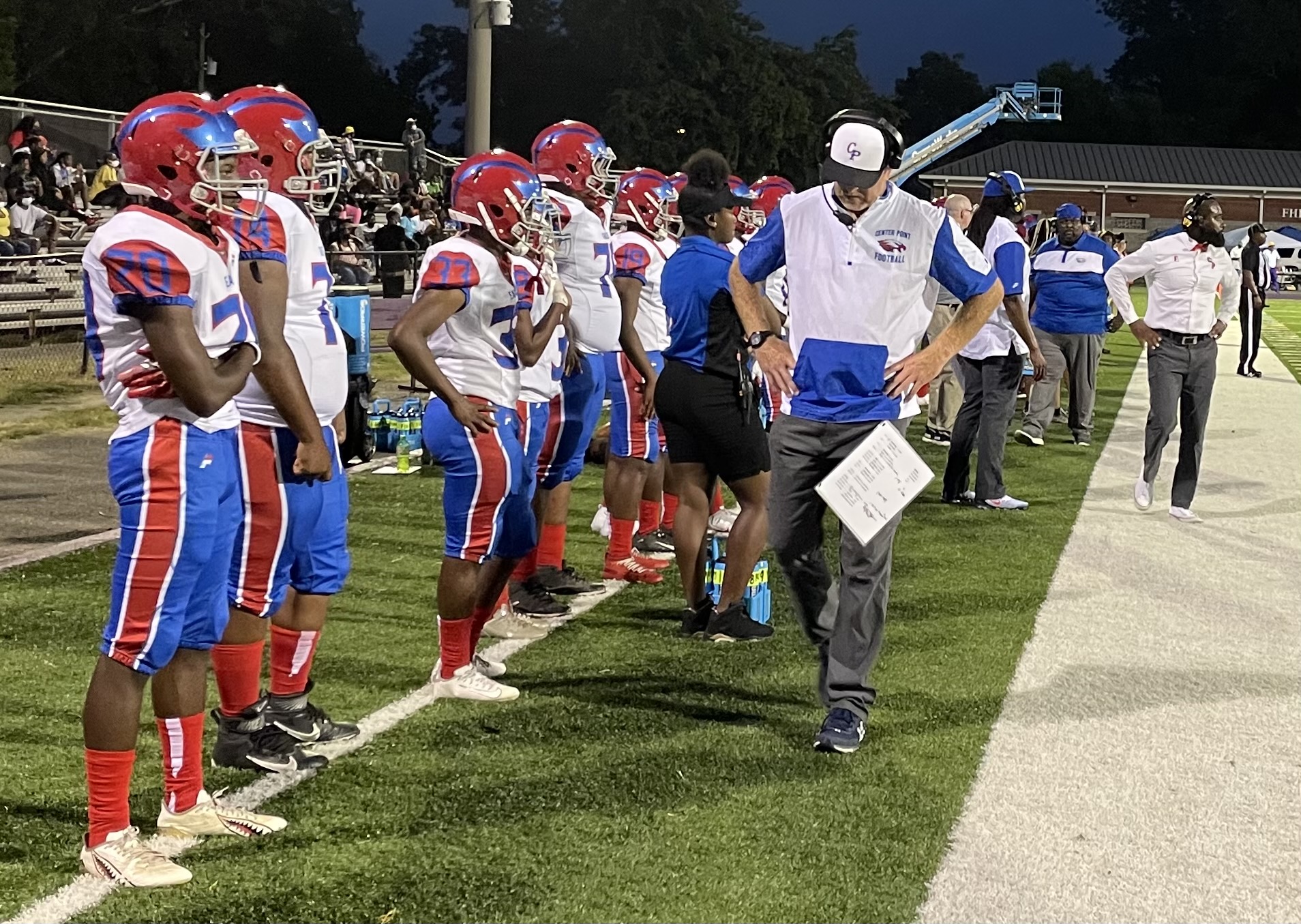 It was two weeks of tough sledding for Center Point, but the Eagles got back in the win column Friday night against Lincoln. (Photo by Bobby Mathews)

CENTER POINT — The early part of the 2021 season hasn’t quite gone the way anyone expected for Center Point. The Eagles were supposed to open at Wenonah, a game the Dragons forfeited due to COVID-19. 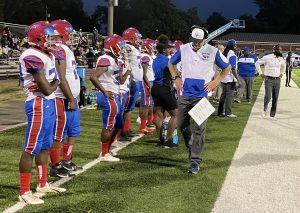 It was two weeks of tough sledding for Center Point, but the Eagles got back in the win column Friday night against Lincoln. (Photo by Bobby Mathews)

Two road losses — one to Fairfield on statewide TV and the next to defending region champs Alexandria left Center Point 1-2 on the season and searching for answers. They found some of those Friday night when Lincoln came to town and the Eagles flew, 44-10.

Center Point was led by quarterback Jabari Collier, who went 8-of-11 for 131 yards and two scores, while Troy Bruce led the way on the ground with 22 carries for 164 yards and three touchdowns. Harold Holloman had three catches for the Eagles for 55 yards and a touchdown.

Lincoln got on the board first with a 51-yard run by Chorion Kelly with 9:57 left in the first quarter. But Center Point answered quickly when Kylliah York returned the ensuing kickoff for a 76-yard touchdown. Collier ran in the two-point conversion, and Center Point led 8-7 with 8:52 left in the first.

After forcing Lincoln to punt, Troy Bruce put the team on his back and scampered 43 yards to the end zone with 4:04 remaining in the first. Collier’s 2-point attempt was no good, but the Eagles were on top 14-7.

On their next possession, Collier hit Holloman for a 25-yard touchdown pass. After another failed two-point conversion, the Eagles led 20-7.

With Lincoln driving, Antonio Garfield stepped in front of a Jack Poarch pass to get the ball back for Center Point. The Eagles could do nothing with the possession and turned the ball over on downs. This time, Jaden Jones stepped up to recover a fumble and take possession back. Again struggling offensively, the Eagles had to pass the ball back, and Nick Monroe kicked a 30-yard field goal as time expired in the half to cut the lead to 20-10, Center Point.

The Eagles came out of the half with a 10-play scoring drive that saw Collier hit Bruce with a 25-yard scoring play on third-and-10. Bruce scored on the two-point conversion, and Center Point took a 28-10 lead.

Lincoln marched all the way down to the Center Point 12-yard line on the ensuing possession, but the Eagles created a turnover to stop the drive.

Bruce got back into the end zone on an 8-yard run with 11 minutes to go in the fourth quarter, and Therman Moore made the two-point conversion to put the Eagles up 36-10. An interception put Center Point right back on the field, but Center Point was forced to punt.

The kick resulted in a fumble, and the Eagles were back in business on the Golden Bears’ side of the 50-yard line.

Bruce punched in another touchdown, this time from 5 yards out. He then ran in the two-point conversion to make the final difference, 44-10.