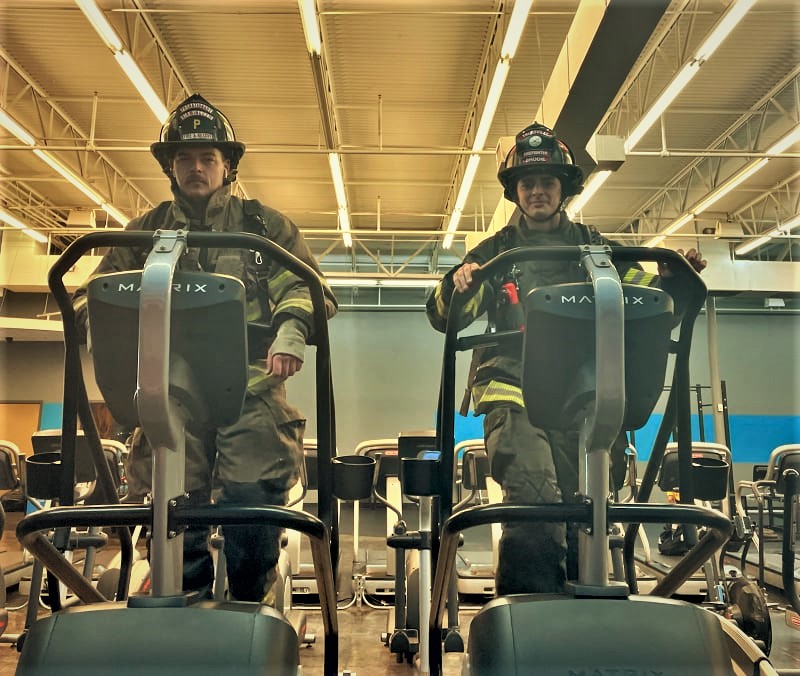 Trussville firefighter was 1 on 9/11; Now honors those killed at the World Trade Center

“The greatest casualty is being forgotten.” – The Wounded Warrior Project

TRUSSVILLE — For Trussville Firefighter Billy Brodie, Sept. 11, 2001 means much more than you might think. He was only one-year-old when terrorists attacked the United States by hijacking planes and flying them into the World Trade Center towers and the Pentagon. A fourth plane crashed into a field in Shanksville, Pennsylvania, likely because of heroic actions of civilians on board. In all, nearly 3,000 lives were lost. 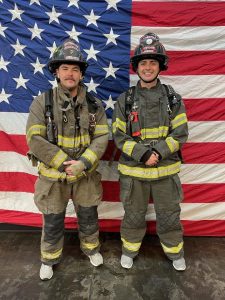 Birmingham Firefighter Tim Lawley and Trussville Firefighter Billy Brodie climb 110 flights of stairs on a Stairmaster in remembrance of lives lost on 9/11.

So many things have changed since that day. Our daily lives and the way we live as Americans has changed. Not only travel but on an international front, our country has taken a stand for 20 years to fight terrorism at a level unlike before.

Brodie may have been one-year-old when those changes came upon the U.S., but he has a strong sense of what it meant for America and what it means for our future. He has heard the stories from loved ones. Where they were that day and what they remember. Their thoughts and how the cruel actions of evil people were overruled by true patriotism and love for a country and the people in it. Hate lost on Sept. 11, 2001.

“Even if you were too young to remember it or if the only thing that you can recall is from videos or just hearing where your family or people in your circle or everyone else was when the world stop turning, you can feel the American pride that went across the nation,” Brodie said. “At that time, there was no diversity, we were all Americans.”

343 firefighters were killed in New York City alone on that day. They were responding to the burning towers to rescue people. Some of those rescue attempts were successful and many lives were saved. For those firefighters that were killed, their last mission will never be forgotten. Their legacy has lived on in the hearts and minds of those who follow in their footsteps…those like Billy Brodie.

Brodie and his Birmingham Fire and Rescue colleague, Tim Lawley, did 110 flights on a Stairmaster at 24e Fitness, in Trussville on Friday. The purpose was to symbolize the amount of steps that were in the World Trade Center before it collapsed. Many of those steps were the last steps taken by firefighters who were working to reach those trapped inside the buildings. Without thinking about themselves, they made the ultimate sacrifice in the face of terror and did so without hesitation. That heroism has stayed with Brodie throughout most of his years of life.

Brodie said their acts of selflessness continue to inspire him as a firefighter. If Brodie could talk to one of those firefighters killed today, he said he would want them to know he appreciates what they did. 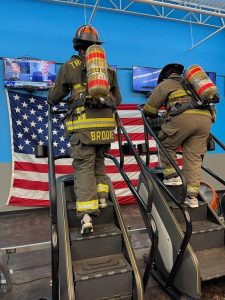 “I would say to them, ‘Thank you for being a symbol of service, of patriotism, and honor,” Brodie said. “I would say that they paved the way for a lot of people such as myself, who were influenced to become a firefighter or police officer, or a paramedic or whatever branch of first responder it is. I would thank them for paving the way and showing us what real heroes look like. It’s not who your favorite celebrity is, it’s not your favorite singer, it’s the people who are in the background making sure that the public stays safe, as well as protecting our national interests oversees such as the men and women in the military.”

Brodie said he would ask what they would want every American citizen to do to remember their sacrifice.

“I think their response would be to remember,” Brodie said. “To never forget the sacrifices that were made for us to live in such a great nation that we are in now, no matter how separated we may seem right now. And to remember that those true heroes gave their lives so that we could live and be the most prosperous country that the world’s ever had.”

And remembering is exactly what Brodie and Lawley will continue to do as they work to protect citizens in Birmingham and Trussville. 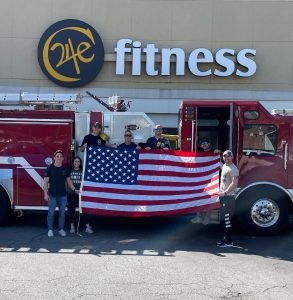