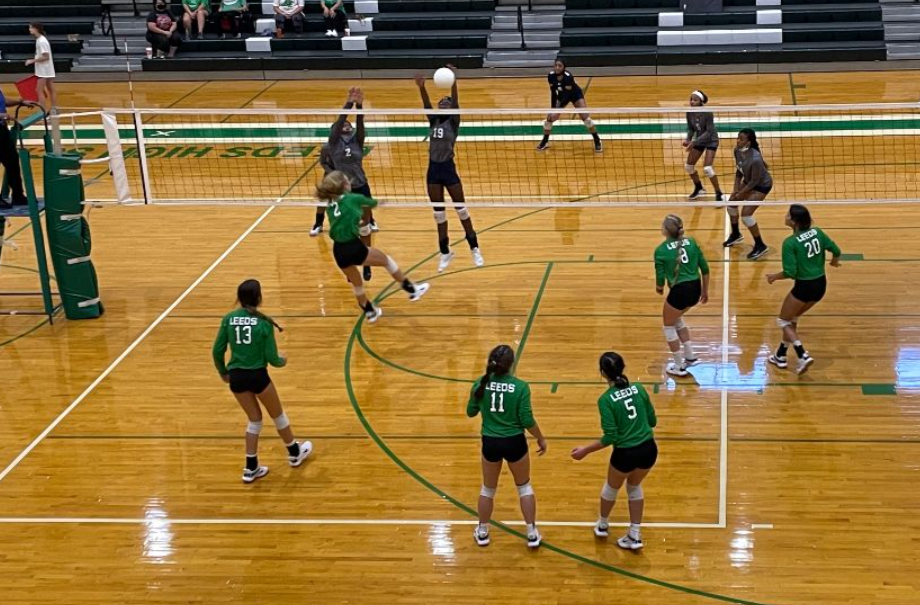 Clay-Chalkville and Leeds face off during pool play at the Leeds Invitational Tournament on Saturday, September 11. (Photo by Bobby Mathews)

LEEDS — Corner took top honors at the Leeds Invitational Volleyball Tournament here on September 11, 2021, besting Clay-Chalkville in the final round to win. 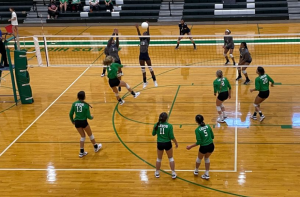 Clay-Chalkville and Leeds face off during pool play at the Leeds Invitational Tournament on Saturday, September 11. (Photo by Bobby Mathews)

However, it was a pool play matchup between Clay-Chalkville and Leeds that may have been the most compelling contest of the day. During the early points, the Cougars and Green Wave traded points evenly until Leeds went up 22-16 in the first set of their two-set match. During an epic exchange that seemed to go on forever, Clay-Chalkville sophomore Jordan Williams went up at the net and spiked the ball straight down to win the point, cutting the lead to 22-17.

Leeds extended to 23-17, but could go no farther. The Cougars reeled off eight straight points to take the first set, 25-23, stunning the host team. Clay-Chalkville rode that momentum to a 25-18 victory in the second set to sweep the match.